‘Hope and change’ – Multicultural activist Emcee One motivates, educates youths and communities through power of music 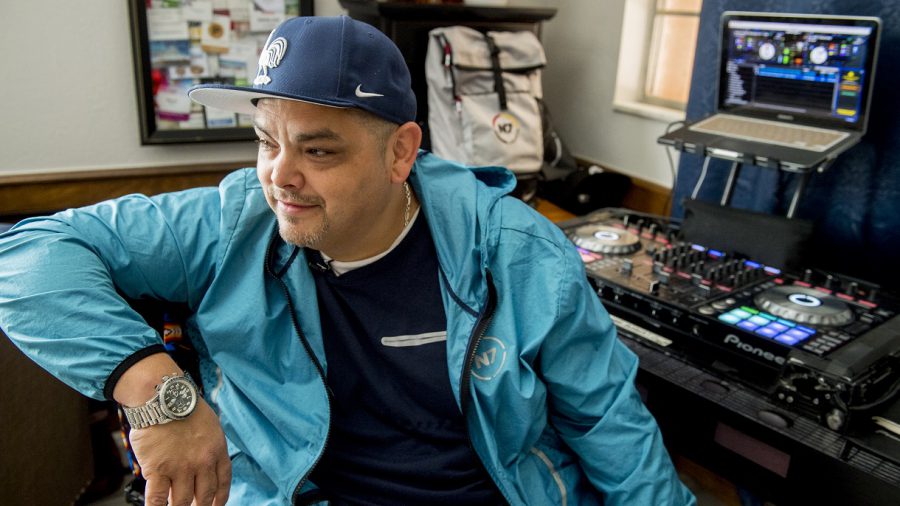 “When we told them they’re the future, we accidentally said, ‘You don’t matter yet. You don’t count until some futuristic point on the horizon that, statistically, some of our kids won’t see,” Emcee One, born Marcus Anthony Guinn, recently told the Hownikan.

“They’re — right now — the No. 1 influence on the planet, ages 13 to 24. So, if they could recognize their influential power now, that’s just for starters,” he added. “After that, we can get into the other issues, you know, how to be healthy and make choices and form healthy relationships. I gotta be honest with you — that’s more important than a rapper or more important than a sports star.” 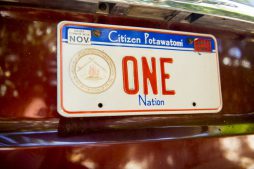 First and foremost, though, Guinn is a storyteller. It’s a passion he honed as a youth living in San Jose, California, blending street-smart hip-hop culture, multicultural activism and, eventually, his Native American heritage. He’s a Citizen Potawatomi Nation tribal member of Burnett family ancestry, as well as Osage, Delaware and Puerto Rican.

“As a young person, we always wanted to sponsor hope and change in our neighborhoods,” Guinn said. “If you need to give youth something, what do you give them?”

Guinn enables youth to plug into positivity in their own ways, through music, pop culture, sports and education.

For example, take his partnership with Nike and N7. While in high school and struggling to graduate, “I remember taking the mantra of ‘Just do it,’ and I wrote it all over my books.”

During his senior year, if he missed one class, he wouldn’t graduate on time. He also attended college during summer school and at night and negotiated a deal with his grandmother for a pair of Andre Agassi-branded Nike kicks as motivation.

“‘That became my goal. I did, and then boom, on my graduation cake it said, ‘Just did it.’”

He also embraced the street-smart urban activism embodied in hip-hop’s rising popularity at the time. He wrote poetry in elementary and middle school. He realized the power of language and storytelling, especially through music.

The first albums he owned were Eagles’ Hotel California, Kenny Rogers Greatest Hits and KISS’ Destroyer. He grew to admire and drew inspiration from Prince, Michael Jackson, KRS-One, Boogie Down Productions, Paris and The DOC.

“I was raised with country. … That was a musical art-form that told stories, and so hip-hop was the next genre that was very story-based,” Guinn said.

“It was attractive because these hardcore guys turned positive,” he said. “It was these hard-core, the like, ‘thug’ guys that were dangerous. When hip-hop hit, they began to solve their conflict with rhythm, rhyme, poetry and arts, dance — kind of crazy to imagine — and that culture that was created.”

Music became the launching point for his love of cultural activism, community development and mentoring youth.

“I was in love with hip-hop from its roots, and I was also in love with positivity in the streets,” he said. “Those two things morphed together to create the channel that I’m living today.”

Today, he’s a DJ for Nike’s N7 Fund initiative, which has united a collective of Indigenous athletes, artists, musicians and others to promote its N7 athletic wear collection. Close to $5 million has been raised since 2010 to “help youth be active through sport,” Guinn said.

“Nike N7 is for anybody and everybody. We want anybody who likes the colorways and the branding – please rock ’em,” he said. “It’s just a really cool thing to be a part of.” 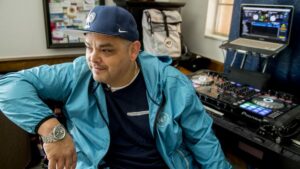 Guinn’s partnership with N7 promotes self-confidence, competition, community improvement and “unleashing the power” of younger generations, he said. When the Dakota Access Pipeline protests roared full-force in late 2016 and into 2017, N7 artists responded.

“When this (the Standing Rock protests) hit, this was not just political, it was also personal for us, and the youth took a stand and then that sparked something global,” Guinn said. “We had to stand with them at that point. We just wanted to do whatever we could.”

Guinn, who considers himself semiretired from emceeing, even wrote a verse for the song.

“They’re taking freezing water cannons and rubber bullets, and they’re taking an onslaught of actual pain and sacrifice — all we’re doing is writing and recording rhymes,” he added. “So, literally, when we say it’s the least we can do, it was the least we could do, and we rallied to it.”

“We didn’t want any commerce from it. We didn’t want any money from it,” Guinn said. “Matter of fact, we consistently and intentionally avoided iTunes or any kind of way that dollars could be added to it. We wanted to do it strictly for YouTube. … It was strict grassroots with real footage, not actors — real front-line people. … What began as an encouragement to them also ended up being magnified globally.”

It also helped reset standards at the VMAs by being the first noncommercial nominee without major-label backing, first YouTube-only nominee and an inaugural candidate in the new Best Fight Against the System category. In another first, all six nominees were honored as category winners at the 2017 VMAs.

Preserving and promoting Indigenous pride among youth plays a prominent role in much of Guinn’s projects, and he admitted that he was a teenager before he fully embraced his own heritage.

“I grew up urban, like straight-up San Jose, California, Puerto Rican, Native American,” he said. “My grandma had that license plate up on our wall that says, ‘The United States is Indian Country.’ I used to be like, when I was little, ‘Grandma, does that mean us?’ You know? I grew up knowing our heritage and knew we were here first, and we were discovered and all that.

“But as far as the specific culture, I wasn’t raised in that at all — I was raised city.”

Guinn found his roots, and his voice, when he moved to the rural Oklahoma town of Pawhuska after high school.

“That was culture shock for me,” he said. “That’s when it became, like, real. … I was very urban, and I think that might be why I appreciate some of those values a little more. Because I didn’t grow up enriched in them, so when I got exposed to them when I moved back to Oklahoma, they were extremely valuable.”

Emcee One, aka Marcus Anthony Guinn, with his mother as a child in a string of photo booth snapshots. Photos provided

He created his first songs on a four-track recorder in Pawhuska, where his “street” upbringing opened the opportunity for him to create and perform his own music.

“People were like, ‘Oh, you’re from Cali, you’re probably good at rapping,’” Guinn said, then laughed. “They gave me a little leeway to express it and share it.”

And so he did. There were radio “battle of the song” contests (he won). He performed. He networked. He joined friends like Brian Frejo and opened for acts like Tone Lōc, Run DMC and Queen Latifah. At a summer music festival in Oklahoma City, he freestyled onstage with Run DMC in front of more than 10,000 people.

There was no looking back; Guinn became the change he wanted to see in the world.

“From there, I just kept grinding,” he said. “There’s an artist named Litefoot (who also founded Red Vinyl Records in 1992), and he had a producer. … I connected with him, and we put some songs together,” Guinn said. “That got me to the next level. And then working with Culture Shock Camp — Brian Frejo (actor, composer, music producer) and Quese IMC (musician, rapper, cultural activist). We created this event called Culture Shock Camp that was hip-hop infused with Native culture, and it blew up. All of us from there have launched into our various careers.”

His youth outreach programs include One Innertainment and One Chance Leadership, which he formed with Chance Rush. Rush is Three Affiliated Tribes (Hidatsa) member with Dakota, Arapaho, Otoe and Oneida heritage. He grew up on the Standing Rock and Fort Berthold Indian reservations before moving to Oklahoma as a youth.

“First and foremost, man, if kids can see their influential power and know … they’re in the game now, and they matter right now,” Guinn said. “What we really need are healthy moms and dads — that’s what we need in our communities. That’s what we hope to inspire, is that they become those first and let everything else be extra.”

Guinn has delivered his message everywhere from public school classrooms and multicultural centers to detention facilities.

“I took the turntables out of the club and put them in an educational environment to help work with youth. … We’re kind of a hope and change industry,” Guinn said. “Me and Chance always talk about; we don’t believe that we live in these two worlds (Native and non-Native).

“No. We live in one world, but we live in two modes. There’s a traditional mode, and then there’s our modern mode. We navigate between those two.”