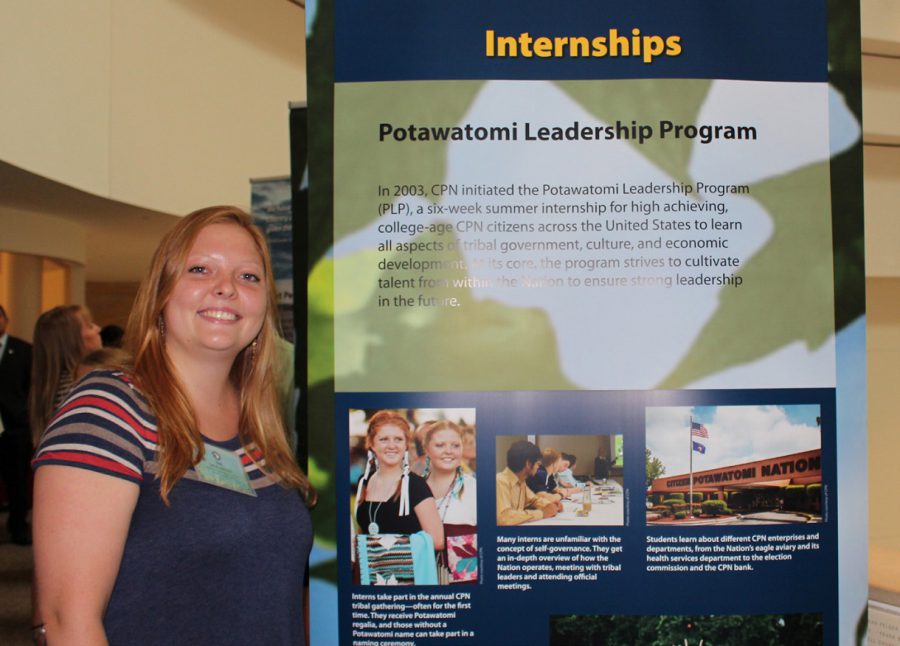 The Harvard Project on American Indian Economic Development is pleased to announce the opening of Indian Nations Rising: Celebrating Native Youth, an exhibition featuring four Honoring Nations programs that highlight youth and family-oriented successes in tribal governance. The exhibit will be on view at the National Museum of the American Indian from July 12, 2017 through September 11, 2017.

To celebrate the unveiling of Indian Nation Rising exhibit at the Smithsonian, Honoring Nations hosted an intimate luncheon with more than 70 tribal officials, policy makers, and youth leaders in attendance. In a keynote address, Senator Tom Udall, a Senate Committee on Indian Affairs member, praised the work of each program saying, “I am delighted to be here today to honor Native American projects that are making a real difference in real people’s lives on a daily basis. I went into politics to make a difference. Our honorees are making a difference – in the lives of Native children, families, and their tribes.” Senator Udall continued, “We honor four projects today. Projects whose leaders identified a problem, rolled up their sleeves, figured out solutions, and set about the hard work of getting something done… I am honored to honor you.”

Based at Harvard’s John F. Kennedy School of Government, Honoring Nations is administered by the Harvard Project on American Indian Economic Development and is the nation’s largest repository of inspiring stories of success in tribal governance. Since 1999, the program has recognized the achievements of 130 outstanding initiatives. The Honoring Nations stories are of real people – Indigenous people – tackling the challenges of (re)building healthy, vibrant communities. Through their work and vision, honored programs provide a strong foundation for the future of Indian Country.

Despite the tribe’s growing prosperity, many young Citizen Potawatomi Nation citizens lacked knowledge about the tribe’s government. In response, tribal leadership implemented the Potawatomi Leadership Program. This six-week internship brings together college-aged Potawatomi citizens and educates them about the Nation’s government, culture and economic development efforts. At its core, the program strives to cultivate talent from within to ensure that younger generations are prepared for roles in the future governance of their tribe.

In the 1980s, the Port Gamble S’Klallam Tribe lost many of their children to foster care outside the tribal nation. In response, the Tribe embarked on a series of initiatives to keep its community intact. First, they established their own Child Welfare Program. They then worked with the State of Washington to broaden the definition of “family” to include “tribe.” Today, they operate their own Title IV-E program, giving the Tribe control over federal child welfare funds. Children now stay within the community, and all services are infused with S’Klallam values.

Ohero:kon “Under the Husk” Rites of Passage, Haudenosaunee Confederacy

Like other Native nations, the Haudenosaunee grapple with a legacy of colonialism and fragmentation of both land and community. Perhaps no group is impacted more than the youth. Translating as, “Under the Husk,” Ohero:kon reconstructs ancient coming-of-age knowledge through ceremony, ritual, and teachings. The seven-year curriculum assists youth as they acquire cultural knowledge to prepare them for adulthood. Through Ohero:kon, the Confederacy is coming together, for the youth, for each other, and for the future of the six nations.

Situated in the “most unhealthy county in the state” and confronting staggering indicators of poor health, the Assiniboine and Sioux Tribes of the Fort Peck Reservation decided their children deserved better. Leaders made a bold move that is as simple as it is logical: they established full-service health clinics in the schools on the reservation. Today the kids have ready access to high quality health care that includes dental care, mental health services, nutrition counseling, and medical care and they miss fewer days in class.

National Museum of the American Indian, the museum is open 10 AM–5:30 PM; closed December 25. Exhibition spaces begin closing at 5:15 pm.

The National Museum of the American Indian, Washington, D.C., is located on the National Mall between the Smithsonian’s National Air & Space Museum and the U.S. Capitol Building.