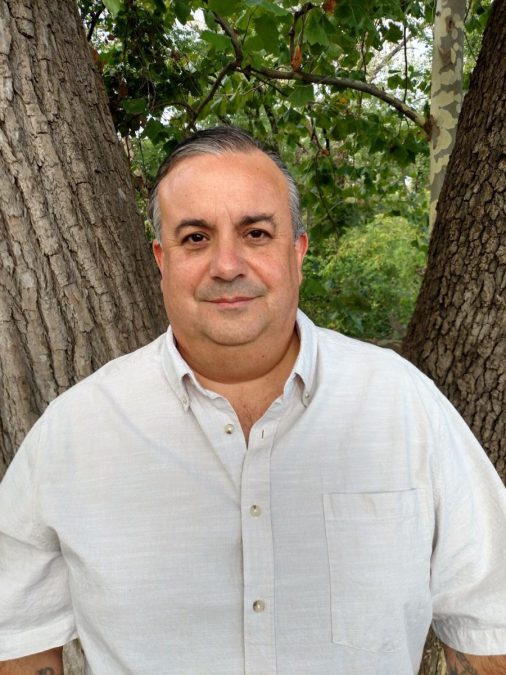 St. George in Pottawatomie County, Kansas, near the state’s northern border, is a small town with fewer than 700 residents, according to the 2010 census. Mostly off the beaten path, the community still draws some attention for its natural springs and creeks and its proximity to the Kansas River. Citizen Potawatomi Nation has historical ties to the area; St. George falls just outside its former Kansas reservation.

Kansas has one of the highest populations of CPN tribal members of any state, making it no surprise that they would make meaningful contributions to their communities. One such member is Iris Holloway, who was recently elected to the St. George City Council.

Holloway has family connections to the Navarre, Melot and Vieux families. His Potawatomi name, Dokme Myew, means “Quiet Road,” a name fitting for a man who has seldom sought the spotlight. For a quiet man, running for office was out of his comfort zone.

“I had people shocked when they found out I was running for City Council because they know that isn’t or wasn’t my type of thing,” he said. “I had gone to meetings and saw that some of the council members seemed like they didn’t really care what the citizens of the town had to say, so I wanted to give the citizens of our town their voice back and show that someone was listening and cared about them.”

Holloway, who has been pushing his personal boundaries in recent years, is new to the political arena. After dropping out of high school at age 16 to pursue a job, he decided it was time to look into obtaining the high school diploma that he’d always wanted. In 2016, he finally fulfilled his promise to his mother that he’d graduate.

“I think I just wanted to step outside my comfort zone for a while,” Holloway said. “I have had a lot of support from a true great friend and family. I probably would not have accomplished as much as I have without them. They would never let me give up when times were tough or when I second-guessed myself.”

As for the future, Holloway hopes to help St. George push outside of its comfort zone by stimulating the local economy.

“I want to help bring in more small businesses to help the town grow and move the town forward to a brighter and better future for everyone,” he said. “But first and foremost, I want to show the citizens of our community that they have elected someone who cares about their concerns and will fight to get them solved in the best way possible.”

Despite its proximity to the former Potawatomi reservation in Kansas, Holloway said that there are not any tribal issues in the city, and despite its location in one of the states with the highest CPN population, there aren’t many tribal members in the area.

As someone who has recently embraced the awkwardness of taking on new challenges, Holloway encouraged others to do the same.

“I have learned if you don’t take chances, you will be left wondering if you could have made a difference or change. I hope in the next four years I can prove to the citizens of St. George that they made the right choice when they cast their vote,” he said. “I also want to be able to represent my tribal nation the best I can and make them proud of me for what I have stepped up and done.”