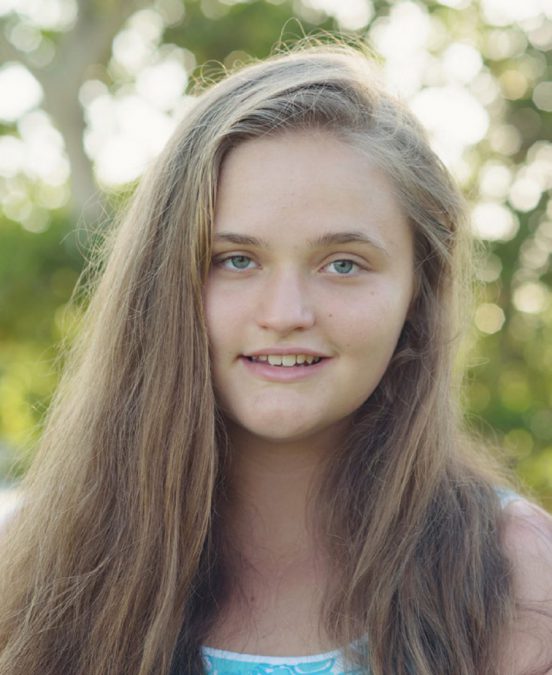 How did you learn about College Horizons and decide to apply?

“My grandmother, mother and sister attended a District 2 CPN Family Gathering in Arlington, Virginia last fall, organized by Eva Marie Carney. One of the speakers was a college student who had participated in the 2016 Potawatomi Leadership Program.

“He spoke about his very positive experience there and it got us interested in exploring opportunities for my siblings and me. I inquired at the CPN Department of Education about participating in the leadership program this summer but I wasn’t going to meet the minimum age requirement. Fortunately, they suggested I consider College Horizons. I decided to apply because, although I have been on the rolls since I was born, I had never had much experience with Potawatomi culture and have never been to Oklahoma, where my grandmother was born. I thought this might be a good first step.”

What was involved in applying for College Horizons?

“First, I had to be a rising junior or at rising senior and prove my cultural eligibility. I had to make a copy of my CPN identification card and tribal enrollment forms and send them in. I had to submit an unofficial high-school transcript with at least a 3.0 grade point average for my core course. I also had to get a letter of recommendation from one of my teachers, and from my school’s college advisor. There were also a few short-answer questions and essays about my high school extracurricular involvement and my involvement with my native culture.

“Since a lot of the program focuses on helping students understand the financial aid resources available and how to apply for aid, loans, grants and scholarships, College Horizons also asks for copies of your parents’ tax return for the previous year. There is a $500 program deposit which they would have refunded if I had not been admitted, and a $50 non-refundable application fee.

“At the time that I applied, it seemed like a lot of things to organize but that was probably because I hadn’t yet begun the college application process and had to gather everything. In hindsight, it was good to go through that exercise of collecting and organizing before my real college search began, and now I have a lot of those documents on hand for when I actually apply to college this fall.”

So what happened after you were approved for the program?

“As essays are a big part of the common application process, College Horizons asked us to write some essays which were on typical themes of prior common college applications, as well as about my cultural identity and experiences. They wanted to review these in advance of the program so they could provide feedback to us once we got there. College Horizons will pay for a participant’s travel to and from the program. Since I lived pretty close to the airport where a lot of the participants were flying into, I just met the group at Newark Airport and then we all travelled by bus to Princeton together. Some of my fellow participants had never flown before and some came from as far away as Hawaii and Alaska!

Tell us about being at the program.

“College Horizons assigned us to shared college dorm room so we had the experience of living on campus. We had a really busy agenda from before 8 a.m. to lights out at 10 p.m. every day. We generally met in small groups and discussed things like the common app, the ACT and the SAT, different admissions deadlines and what they mean, how to develop a college list, how to attend a college fair, how to afford college, and more. The group leaders were great because they really wanted us to succeed and they spent a lot of time getting to know us. They had an actual college fair with about 50 colleges from around the country on the Princeton campus just for the 102 participants. It was very intimate and we felt like we had the chance to spend more time with actual college admissions directors. We received test prep, which was really great if you had never taken an official test and then we got to talk about our experiences. Some actual college admissions officers spoke to us in groups which really helped me to narrow down what was important to me in my college search.

“It was nice to be learning about college without feeling like you were competing against your classmates back home. We could ask questions without being judged. It was great to hear the questions that other participants have, some were the same questions I was thinking about and some were things I hadn’t thought about yet. There were participants there from 24 different states, the most coming from Hawaii. A lot came from the Midwest. There was one other Potawatomi, from the Pokagon Band in Michigan.”

Was the program all work?

“Oh no. We had a lot of time to talk and socialize during meals and a barbecue which were all provided by the program. We also had a couple of fun events like Trivial Pursuits and the final night was Traditional Night when some students wore their native clothing and performed music, dances, and readings for the rest of us.”

What kinds of things did you receive to take home with you?

“The handouts were great. They gave us a list of colleges and universities that offer ‘fly-in’ programs where Native American applicants and potential applicants are invited to campuses as their special guests. They gave us a lot of website address for things like tribal scholarships, virtual campus tours and sample college essays. They gave everyone test prep books to take home, which was really nice. We all received T-shirts, which we wore for the group picture. The best thing they gave us was confidence that we were going to succeed in the admissions process.”

“I feel a lot more prepared for the coming fall and all of the applications ahead of me. I really liked that the program occurred right after school was out for the summer and before I toured colleges this summer. I feel like I know a lot more about what is ahead and I have felt more comfortable asking questions about academics and college life when I visit them after College Horizons. I have already applied to one fly-in program and have been invited to apply for another.”