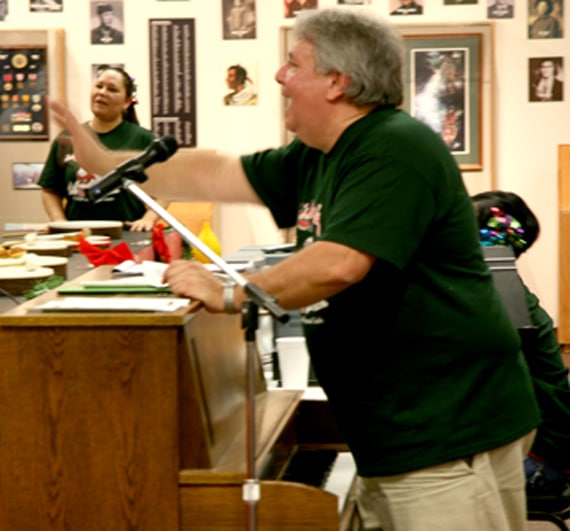 SHAWNEE, Okla. — The Shawnee Public Schools Board of Education has named long-time Citizen Potawatomi Nation employee Jesse Hernandez as the next principal at Shawnee Early Childhood Center during its regularly scheduled meeting at 7 p.m. Tuesday, June 1. Hernandez, former Shawnee school board member for Ward #6, resigned his position on the school board effective May 26, said superintendent Marilyn Bradford.

“He felt like this was a position he was well trained for,” Bradford said. “He enjoyed working with the district as a board member. He wanted to continue to be a part of the district. It was a little bit of a surprise.”

Hernandez will take over for Paul Pounds who is retiring at the end of this school year after 46 years in the school system. Hernandez has experience as a music teacher and has worked at the child development center of the Citizen Potawatomi Nation, Bradford said.

State law and regulations from the Oklahoma State School Boards Association requires Hernandez to resign his position on the school board. “The board will vacate his position and call for applications for his seat,” Bradford said.

The district will take applications for his seat through July 12, with interviews being conducted before the beginning of August, she said. The plan is to appoint the new board member at the regularly scheduled August meeting, Bradford said. That person will fill the rest of Hernandez’s term, which ends in February 2011.