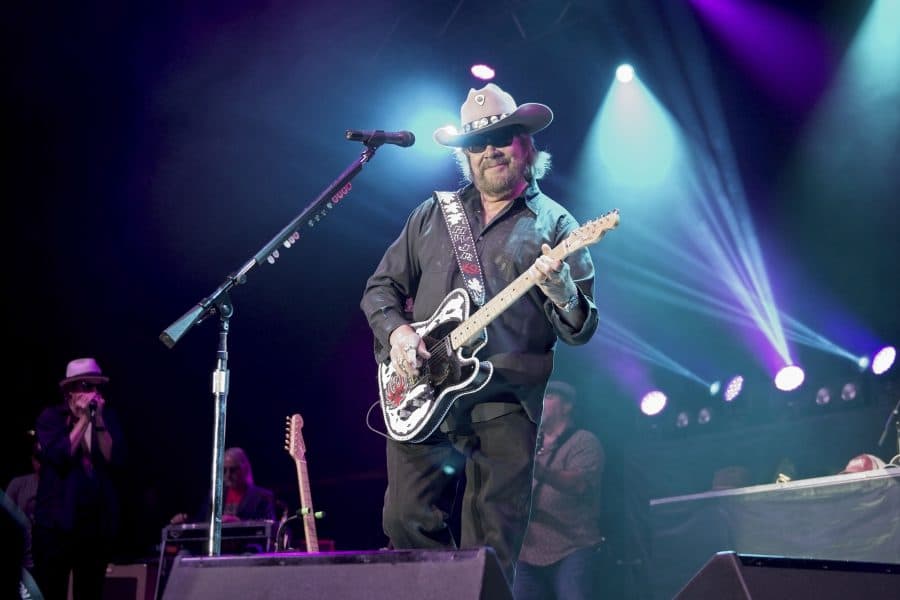 “We’re bringing in acts that are putting us on the map,” said David Qualls, FireLake Arena general manager. “Because of who Hank Williams Jr. is, he’s the single biggest entertainment act to ever come to Shawnee, as far as the star power.”

Ticket sales spanned coast to coast, and FireLake Arena collaborated with Oklahoma City-based radio station 99.7 Hank FM to make the evening a success. The station was the title sponsor of the tailgate party and presented musical acts before and after the headlining show. For an additional $25, attendees enjoyed a climate-controlled tent and performances by the Jackson Tillman Band, Erin James and Adam Fisher.

“As soon as we hit the stage, I could feel it. The crowd was ready to party, and you just knew that it was a Hank Jr. crowd. So, it was fun from the time we got onstage from the time we got off,” said Jeremy Studdard, front man for the Jackson Tillman Band whose set kicked off the 99.7 Hank FM Tailgate Party. “It was definitely something that was on my bucket list was doing a show with Hank Williams Jr., and we were fortunate enough to actually see him … and be around him for a brief minute.”

Although Hank Williams Jr. recently turned 70, he does not let his age define him. He delivered a top-notch, high-energy performance at FireLake Arena.

“Hank brought all of his rowdy friends, and they were spectacular. The crowd was absolutely dynamic,” said FireLake Arena Media Marketing Manager Amie Nolen. “They were energized the entire set, and then after the show, they came right back to the tailgate party to have more fun.”

Because of FireLake Arena’s location, entertainment and dining options abound. From pizza and fry bread to bowling and gaming, there is something for those of all ages to enjoy. Instead of leaving the Tribe’s FireLake complex, nearly 900 tailgate ticketholders arrived early and stayed late, enjoying the vast options for fun.

“It’s important that we keep that commerce turning,” he said. Qualls emphasized that when customers add dollars into CPN’s economy, the return on investment into the communities surrounding the Tribe increases.

On Saturday, Sept. 21, FireLake Casino is hosting its 15th annual car show from 1 p.m. to 5p.m. with more than 100 cars expected to be in attendance. Popular American music historian and radio personality Eddie Trunk will serve as the official spokesperson for the events on Friday. Additionally, Moore, Oklahoma-based Fort Thunder Harley Davidson and FireLake Casino is giving away a motorcycle at 7 p.m. the day of the car show. FireLake Casino patrons who earned 50 points every Monday and Tuesday between Sept. 2-17 were entered alongside KATT Radio contest participants.

“It’s a reason to get them in here, give them value for their dollar, and somebody is going to walk away with a Harley motorcycle,” Qualls said.

Stay up to date on all FireLake Arena events online at firelakearena.com.