Honoring those who came before 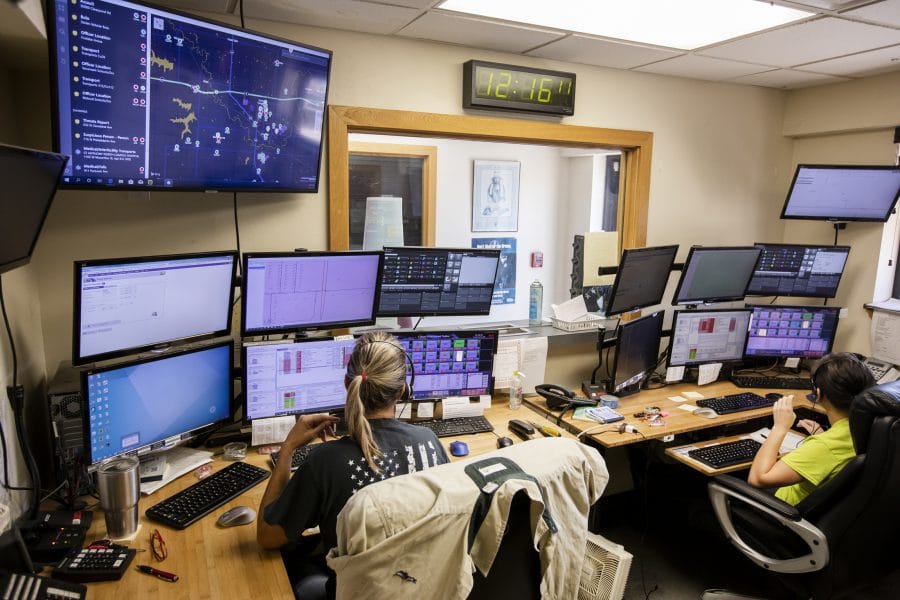 Citizen Potawatomi Nation operates a Tribal police department and 911 call center, which provides 911 services for most of Pottawatomie County. The call center serves every entity except the City of Shawnee and REACT — which have their own system — fielding 911 calls and dispatching emergency services, including police and fire departments to surrounding rural communities.

With the advent of smartphones, technological upgrades to 911 software and hardware are becoming an essential component of emergency response. Recently, the U.S. Department of Commerce and the U.S. Department of Transportation named CPN a recipient of 911 Grant Program funds, assigned for improvements to the county system.

“911 is a service upon which people’s lives depend,” said Brian Scott, grants coordinator for the CPNPD. “So, anything that improves that is important.”

Both CPN and Prairie Band Potawatomi Nation in Kansas received funds, the only two tribes in the United States listed as program awardees. CPN plans to implement two upgrades with the $13,200 to ensure the equipment and employees will meet upgraded standards.

“All of the equipment we have right now is what you would consider Next Generation 911 capable. That said, in order to become Next Generation compliant … some of them require software upgrades or additional peripheral equipment to be able to work,” Scott said.

NG911 uses modern technology to improve response times and accuracy of information for first responders with cellphone location tracking and exchange of text messages, photos and video between operators and callers.

Agencies across Oklahoma received 911 Grant Program dollars as well. Many public safety answering points (PSAPs) in the state need updates to comply with the new digital system. There is no assigned date for a switch to IP-based technology.

Remaining up to date means providing the best public service to citizens in the surrounding communities.

“The other thing — and this is probably the more important aspect to that particular upgrade — is that it allows us to have diversified data pathways between the PSAP and the main office downtown,” Scott said.

“It significantly reduces the single points of failure in the system, and therefore protects the interests of the people who rely upon us.”

The first upgrade includes new server software used by operators. It ensures seamless digital communication with the statewide 911 system located in downtown Oklahoma City as opposed to the current physical network connections: essentially, analog to digital. This ensures when the statewide system transitions to an IP-based format, the Tribal PSAP can switch along with it, meaning no lapse in services.

The second upgrade allows the equipment’s voice and data recorder to accept and automatically create files of text messages and video calls, an important aspect of compliance with NG911 standards.