Gathering of Potawatomi Nations heads north to Canada in 2017 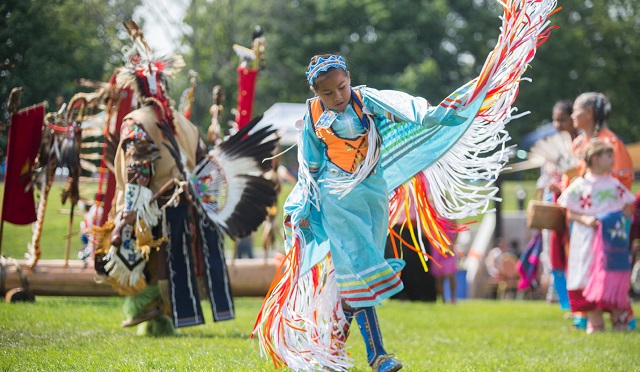 The annual Gathering of Potawatomi Nations will be held north of the border this year by the Walpole Island First Nation of Canada, located just across from Detroit, Michigan from August 2-5, 2017. Because the event is being held in Canada, Potawatomi from the American side of the border must have a valid U.S. passport, passport card of U.S. NEXUS Card. Time is running out for applications though, so CPN members are encouraged to learn more information and explore which documents are necessary for travel by visiting http://cpn.news/prepareforGPN17.

The Gathering of Potawatomi Nations is hosted each year by one of the nine nations of Potawatomi spread across the United States and Canada, providing an opportunity for the various members to come together and celebrate their Potawatomi heritage. It includes a language conference, cultural workshops, language classes, cultural classes and sporting events. In 2016, CPN hosted the events with members and tribal leadership from eight other tribes and first nations joining in. Attending Potawatomi tribes are:

The Walpole Island First Nation has a wealth of information about activities, conferences and other events taking place during the four day Gathering, including a website with a tentative schedule, local hotel and camping information and registration forms for the Potawatomi Language Conference and Miss Potawatomi Princess Contest. The website can be found by visiting http://cpn.news/walpole. Walpole Island also has a Facebook page for the event, www.facebook.com/PotawatomiGathering17 and more questions can be sent directly to Portia Shipman, Potawatomi Gathering Coordinator, at 519-628-5700 or via email at portia.shipman@wifn.org.

Activities taking place at the Gathering also include golf and softball tournaments, a tribal youth conference, powwow dancing competitions for men and women and cultural item creation and regalia workshops.