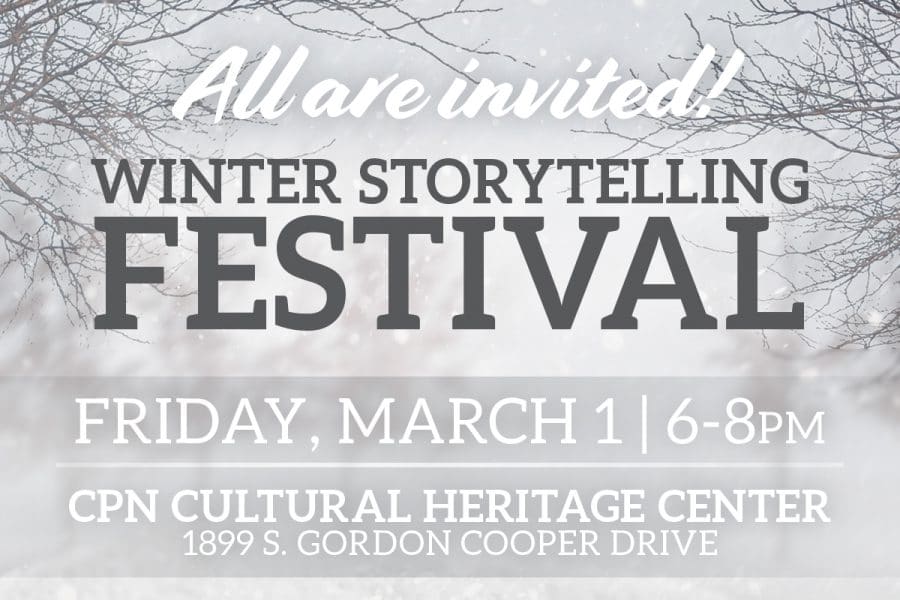 The Citizen Potawatomi Nation Language Department hosts the annual Winter Storytelling event Friday, March 1, from 6 to 8pm at the CPN Cultural Heritage Center. Language department employees will engage attendees with retellings of exciting traditional stories only told in the wintertime. Some stories will be told in Potawatomi and some in English. Many of the tales involve the trickster Wiske, also sometimes called Nanabozho. The event will be streamed live in the Potawatomi language Facebook group.