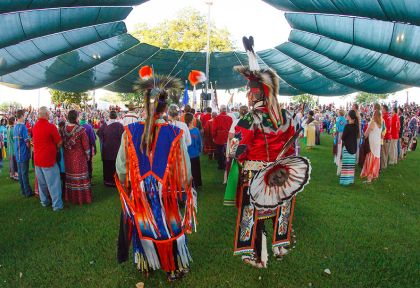 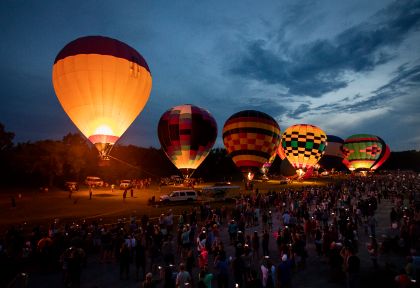 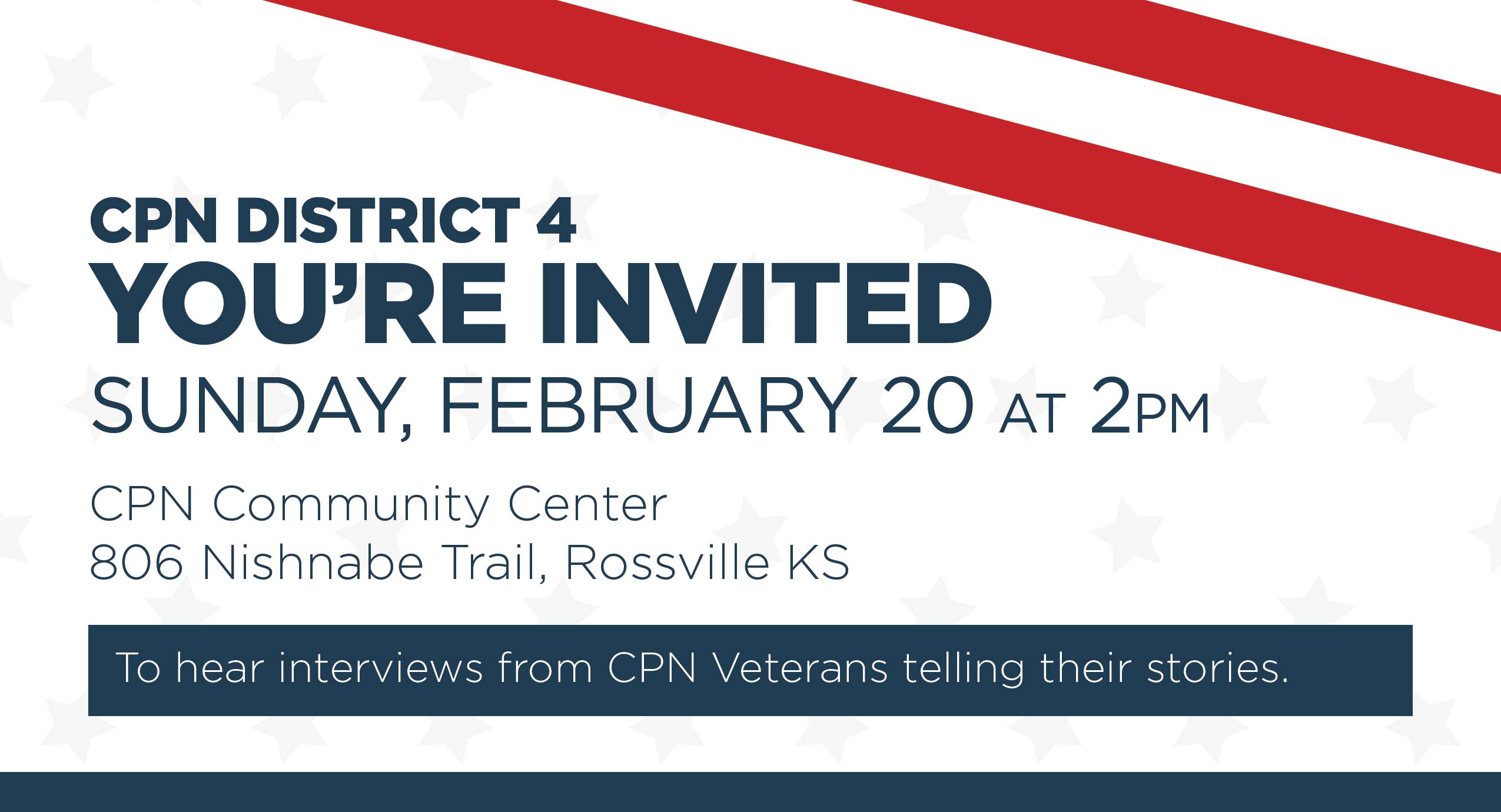 Recently the Citizen Potawatomi Nation Cultural Heritage Center has initiated a campaign to ensure all CPN veterans have the opportunity to tell their stories about their experiences in the military. Many of our veterans who were interviewed early in the program have walked on, particularly those who served in WWII. You would be amazed at some of the stories that were told. Jon Boursaw, CPN Dist 4 Representative will host a viewing in the CPN Community Center in Rossville, Kansas, on Sunday, February 20, at 2 p.m. This is a week after the Super Bowl so you shouldn’t have a conflict. He plans to show a collection of videos that will include a few local CPN veterans as well as a several other classic stories.