When do you become an elder? What does it mean to become an elder? Does someone assign that position to another individual? Is it due to the age of the person? Or is it based on the wealth of knowledge an individual accumulates over a lifetime?

Some American Indian education programs describe tribal elders as “repositories of cultural and philosophical knowledge and are the transmitters of such information,” including “basic beliefs and teachings,” as described by Lakota Nation anthropologist, teacher and scholar Dr. Beatrice Medicine in her 2001 collection Learning to Be an Anthropologist & Remaining “Native.”

A Sacred Circle Project curriculum guide outlines a different context of learning: “Elders emphasize listening and not asking why. … A learner must sit quietly and patiently while an elder passes on his wisdom.”

Often, Indigenous tradition also emphasizes the importance of making eye contact with elders as they speak.

An excellent paper titled The Invisible Elder: The Plight of the Elder Native American was written by Lora A. Kaelber. In it, she discusses how elders have had many struggles and that those struggles are still a tremendous burden today. For example, she writes that elders, who were once revered and the center of tribal life, are often bypassed from their positions and struggle for a better life and sense of dignity. Elders, she points out, have had to contend with the relationships with the federal government including the many sacrifices that Native Americans were compelled to do.

Kaebler provided a quick glance at part of our history that might help us understand how difficult it was for our elders to carry out the tradition of our ancestry:

Honoring past and future

AARP hosted its ninth annual Oklahoma Indian Elder Honors program Oct. 3 at the National Cowboy and Western Heritage Museum in Oklahoma City, where 50 elders from all of Oklahoma’s 39 tribal nations were celebrated.

Yes, I was one of the 50, but while I listened to the other 49 honorees, my mind was consumed by the stories about lives, what each has contributed to their nation and how their lengths of service (while an elder) meant to each tribe. 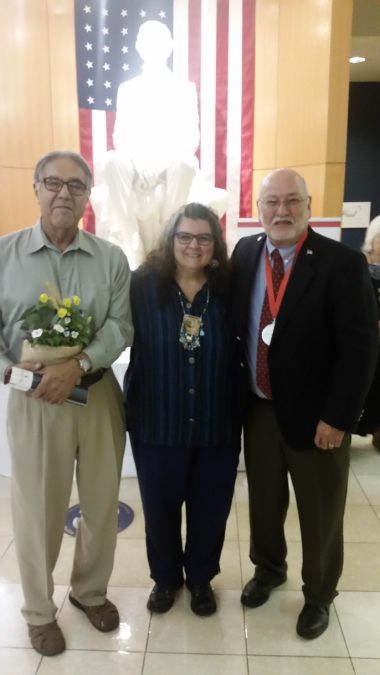 All the elders had one common thread: service to Native Americans. They are language teachers; tribal government leaders, committee members, tribal officers, artists, native dancers, designers, pastors and even world-champion archers. They promote health; preserve tribal history and culture; work to reduce drug and alcohol abuse and addiction, mentor generations of youth; protect the safety of communities, families and children; and serve the United States as military servicemen and servicewomen in conflicts like the Battle of the Bulge, World War II and Vietnam.

Yes, the tribes are on a comeback. In many cases, they scarcely resemble tribes of two centuries ago.

Thanksgiving is this month, so reward another person by thanking them with kind words of appreciation. Comment to them what a joy and blessing they have brought into your life from knowing them.

A thought to leave you with something that Sitting Bull of the Hunkpapa Sioux wrote: “I am a red man. If the Great Spirit had desired me to be white, he would have made me so in the first place. It is not necessary for eagles to be crows.”

Unity will always win out against division of diverse people.

I always hope to have research in a manner that the statements I have made are factual to the best of my ability. 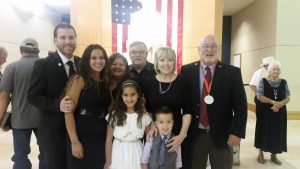 It goes without saying, thank you for allowing me to represent you and our great nation.