Set boundaries in relationships for teens

Where are they now? Sandlin campaigned on civility developed during Potawatomi Leadership Program

DeLonais family member is Potawatomi eye in the sky 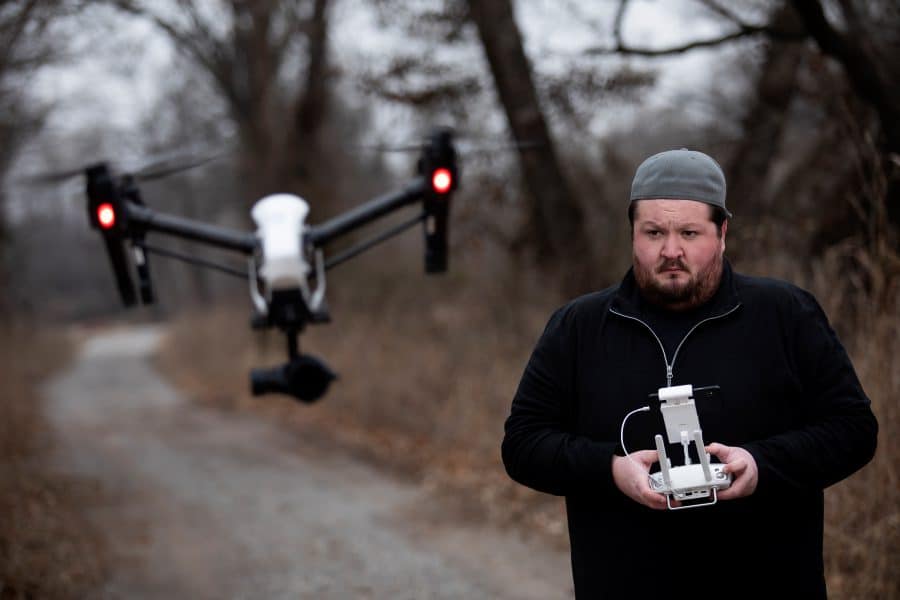 Soon aerial drones will be delivering your online-ordered packages from Amazon and other retailers. Mainly available in military circles a decade ago, they have become ubiquitous and widely available for commercial and private use. That ubiquity became more evident in December and January as the United Kingdom’s two largest airports ground to a halt when security officials allegedly witnessed drones flying over their airspace. The drones’ pilots remain a mystery, but 1,000 cancelled flights affecting 140,000 passengers at Gatwick Airport alone shows the impact of these small, widely available machines.

Citizen Potawatomi Nation purchased a drone in June 2015. The DJI Inspire 1 model has been upgraded since then to meet a growing list of needs, including photography of large events like the Family Reunion Festival, FireLake Fireflight Balloon Festival and construction upgrades around the Tribal jurisdiction. Public Information Department employee and Tribal member Trey DeLonais has been behind the controls since its first flight.

Though his day-to-day responsibilities include graphic art for Tribal businesses and programs as well as the layout of the Hownikan, the Konawa High School graduate was a natural fit when the department made the purchase.

“I’ve been messing with remote control stuff since I was young,” DeLonais said. “When I was around 11 or 12, my dad got me into racing RC cars. I did that for eight years.”

They became so efficient at breaking down and rebuilding RCs that they eventually started their own business selling them.

The family’s foray into aerial drones came in 2013. His father bought a consumer model, a Phantom 1, after seeing it for sale on Craigslist. His father’s fascination with aerial photography prompted the purchase despite his hesitation to fly it. The younger DeLonias took the controls and has been flying it ever since.

Joining the Tribe as an employee in 2014, he brought his skills as a recreational drone pilot to the table when the Public Information Department considered purchasing one.

“It started off strictly for photography and videography, but it has since become so much more,” he said.

After years of impressive growth that included the development of buildings and travel infrastructure, the Tribe purchased its first drone to track progress.

“We’ve use a lot of the photos and videos for things other than promotions and marketing,” he said.

The drone piloted by DeLonais is an ever-present site in the skies at the FireLake Fireflight Balloon Festival. While capturing high-resolution photographs and videos of the balloons, it also captures parking lots and traffic flows for event organizers. With more than 20,000 people converging on the Tribe’s FireLake complex, the videos provide much needed information to manage crowd control.

It was also used to assist the CPN Environmental Protection Department while constructing wetlands near the mouth of Squirrel Creek. For decades, the creek has flooded during heavy rains, likely caused by fallen trees, debris and silting at the connecting point between the creek and North Canadian River. DeLonais partnered with environmental protection staff to fly over the creek and identify potential wetland areas that are only accessible by foot. After experiencing the drone’s success, the environmental protection department purchased their own in 2018 to serve their growing needs.

As the British airport fiascos show, governments and regulatory agencies can still improve the management of airspace that was once only home to birds and manually-piloted aircraft. As drones became more prevalent, the Federal Aviation Administration issued rules in 2015 that require anyone operating a commercial drone to have a license.

To comply, CPN put DeLonais through a Drone Pilot Ground School offered by the firm UAV Coach. The test includes elements that pilots of manned aircraft must pass. He now carries an FAA-issued remote airman certificate.

The course teaches the proper heights and rules about air traffic. It allowed him to gain a better understanding of the need for regulating the skies. For someone who piloted drones before the rules were in place, the requirement to get a license might have been grating, but the CPN member saw the benefit.

“I think it’s a good thing though,” he said. “I wish everyone had to go through (the course), not just commercial pilots … there was so much I didn’t know before I took the course that is important.”

Prior to securing his license, he was ignorant of basic rules of the sky.

Though the Tribe’s location puts it in a low-traffic area compared to major metropolitan air corridors, DeLonais concerns himself with other impediments.

Birds and the FireLake Water Tower are the two biggest obstacles he navigates while operating the drone. He pointed out that once he goes above the water tower’s height of 150 feet, there are no more structures in the area to worry about while flying.

“But birds,” he noted, “birds come from every direction.”

He has had some close calls with Pottawatomie County’s largest avian species.

“At Tecumseh Lake, we had a Canadian goose line up the drone and dive bomb it,” he recalled. “That and other times where we’ve seen eagles take up higher positions on it, we have had to land it before they bear down on it.”

He is more comfortable flying during high-traffic events like the annual Fireflight Balloon Festival because of his experience and FAA certification. He is a familiar face to the dozens of balloon pilots who make the trek to the FireLake complex in August, and they have learned that he knows how to keep them safe while they fly.

“It took some time for them to get them to trust me. From what I understand, they have had bad experiences with people being too close to their balloons,” he said. “I always stay upwind of the last balloon — no exceptions. I’m always the last in line.”