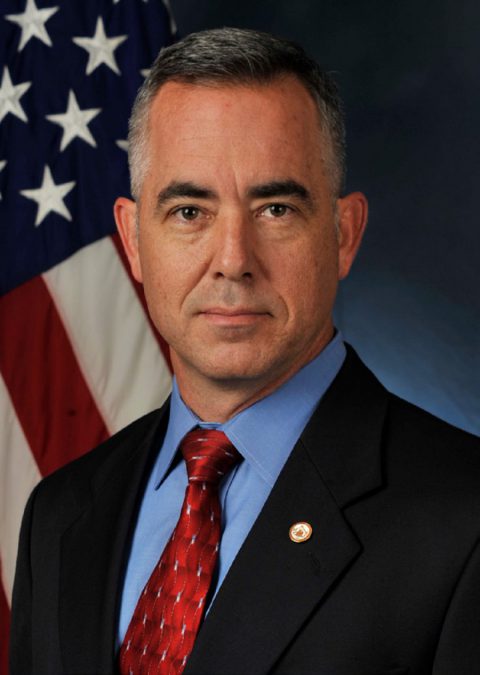 “I couldn’t have won this SAIGE award with the teammates in my office,” Pyeatt said. “It is an awesome set-up when you work with great people and they all want the very best for our military war fighters and this country. I am honored to serve the ‘quiet professionals’ of the Air Force Special Operations Community.”

Pyeatt has served in both the armed forces and civilian workforce, all while continuing his education. Born on Ramey Air Force Base in Puerto Rico, he grew up in a military family, living at more than six bases during his childhood before he enlisted in the U.S. Air Force in 1985.

Pyeatt became a C-130 instructor loadmaster assigned at Little Rock AFB. Shortly after enlisting, he completed a bachelor’s degree in industrial technology from Southern Illinois University in 1990 and received his officer commission in 1992 through the Air Force Officer Training School. He is a senior logistician and has completed multiple tours in Afghanistan and Iraq supporting Operations Enduring Freedom and Iraqi Freedom.

“I retired from the US Air Force in 2005 after serving more than 20 years. For the past nine years I have worked as a civilian employee for the US Air Force Special Operations Command at Hurlburt Field, Florida. My current job is working in the strategic basing branch where my focus is on the movement and bed-down of special operations CV-22 aircraft and personnel to the pacific theater.”

Pyeatt has two sons – Joshua, 26, and Tanner, 22 – and currently lives in Navarre, Florida, where he is active in several Native American groups. He currently serves as the secretary of the Thunderbird Intertribal Council, which hosts an intertribal powwow every November in the panhandle of Florida. He’s also the vice-chairman of the Musical Echoes Native American Flute Festival which brings in nationally recognized Native American flute players, craftsmen and dancers to Ft. Walton Beach for three days of native flute music and cultural awareness.

The Pettifer family member told the Hownikan how much he appreciates CPN for helping his family – not only for connecting them to their native heritage and culture – but also through several programs including homebuyer closing costs assistance, college tuition assistance for his son and providing assistance with eye glasses.

“My grandfather, Ora ‘Pat’ Pettifer was born on a Potawatomi allotment in Shawnee and left Oklahoma as a teenager after he traded his plot of land for two mules and a wagon and headed to Arkansas to start logging trees.”

The SAIGE Meritorious Service Awards honors military members, Department of Defense civilian employees and military veterans in government service, who have supported the DoD or their agency’s mission, whose attributes best epitomized the qualities and core values of their respective military service or DoD component. For more information, visit saige.org.