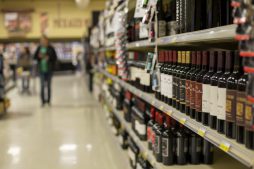 Oklahoma’s modernization of alcohol sales statutes permits the sale of wine and beer at grocery stores as of October 2018.

Citizen Potawatomi Nation and the State of Oklahoma have reached an agreement to resolve pending litigation and allow alcohol sales at Tribal enterprises. The resolution comes in the form of an alcohol compact, which allows CPN enterprises to receive licenses from the Oklahoma Alcoholic Beverage Laws Enforcement Commission and the Oklahoma Tax Commission.

Negotiations began as a result of a modernization of the state’s alcohol statutes effective October 2018. The negotiations also paved the way to address longstanding litigation over tax issues. Along with the compact, the state and the CPN agreed to resolve pending litigation.

Legal disputes first arose between CPN and the state in 2014. The Oklahoma Tax Commission filed a complaint in its administrative proceedings division to revoke permits for sales tax, low-point beer and mixed beverages at the Tribe’s enterprises. In accordance with the compact, the Nation requested arbitration to resolve the matter. Arbitrator Daniel J. Boudreau, a former Oklahoma Supreme Court Justice, ruled in favor of the Tribe in April 2016. United States District Judge Robin Cauthron affirmed the arbitration award on June 21, 2016.

“This compact is another example of a new era in good tribal-state relations,” said Oklahoma Secretary of Native American Affairs Chris Benge. “Permitting tribal alcohol sales will generate tax revenue that benefits all citizens, including tribal members, and their local communities. Just as important, ending the litigation will save taxpayer dollars. We hope this landmark compact with the Citizen Potawatomi Nation poses as a model for future agreements between the state and the CPN, as well as other tribes in the state. I commend the leaders from both the State of Oklahoma and the CPN for the good-faith negotiations, leading to this positive outcome.”

The agreement grants CPN permits to conduct alcohol sales in its grocery stores, convenience stores and gaming facilities in exchange for remitting to the state sums that are equal to the state and local taxes that otherwise apply to other retailers of alcoholic beverages. CPN had been charging a tribal tax equal to the local sales tax prior to the agreement. Tax money collected from CPN enterprises provides revenue for government operations and services to CPN members and Native Americans within the Tribal jurisdiction.