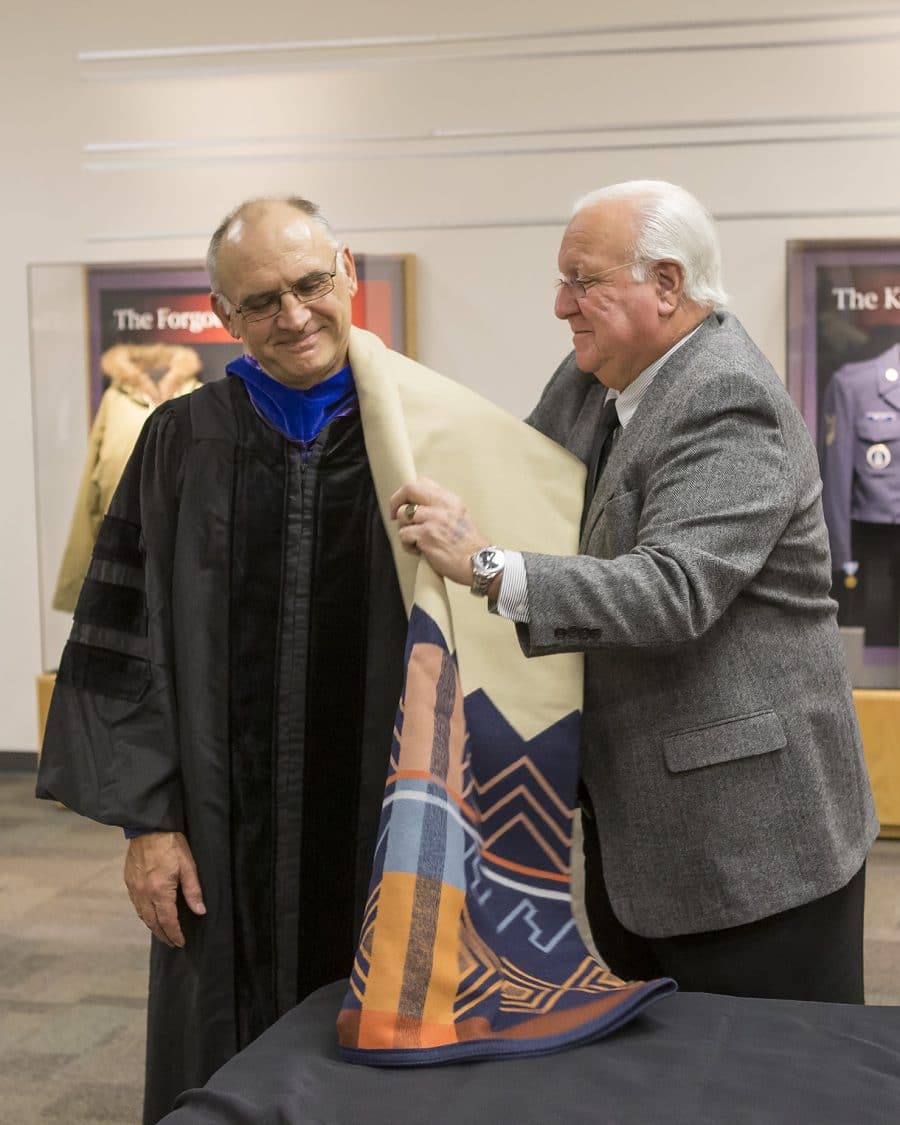 We wanted to honor Faulk because he has been our liaison between Citizen Potawatomi Nation and St. Gregory’s University since before I was appointed CPN’s higher education coordinator and, later, director. It is an appropriate time to recognize him, as December marked the school’s final semester before it suspended operations.

When his relationship with the Tribe began, there was no CPN Department of Education. He and I worked closely to develop the CPN-SGU Tribal Development Scholarship program’s policies. He has been the Tribe’s point of contact for any questions related to the university, and he provided regular student reports detailing attendance, enrollment and financial projections.

Our ancestors used blankets in all aspects of life: as a saddle, bedspread, picnic blanket and more. It was a crucial tool for survival. We believed the Pendleton blanket entitled “The Peaceful Ones” was particularly fitting.

From the blanket’s information card:

“The Peaceful Ones strive to be mannered, polite, and peaceable in all interactions. Their path will eventually lead to a state of complete reverence for all things. … Through their traditional ceremonies, the Peaceful Ones hope to bring tranquility and harmony to the entire world.”

Faulk is one of the calmest, most serene people I’ve ever met. He has a way of communicating that is thoughtful and potent, even when he is in disagreement. He has a background as a counselor, and it shows in the way he carries himself.

Chairman Barrett spoke about Faulk’s contributions during the celebration and draped the blanket over his shoulders. By gifting this blanket, we are saying to Faulk that we will keep his memory warm in our hearts forever.