Vaccinate your way to a healthy heart

CPN gets in the giving spirit 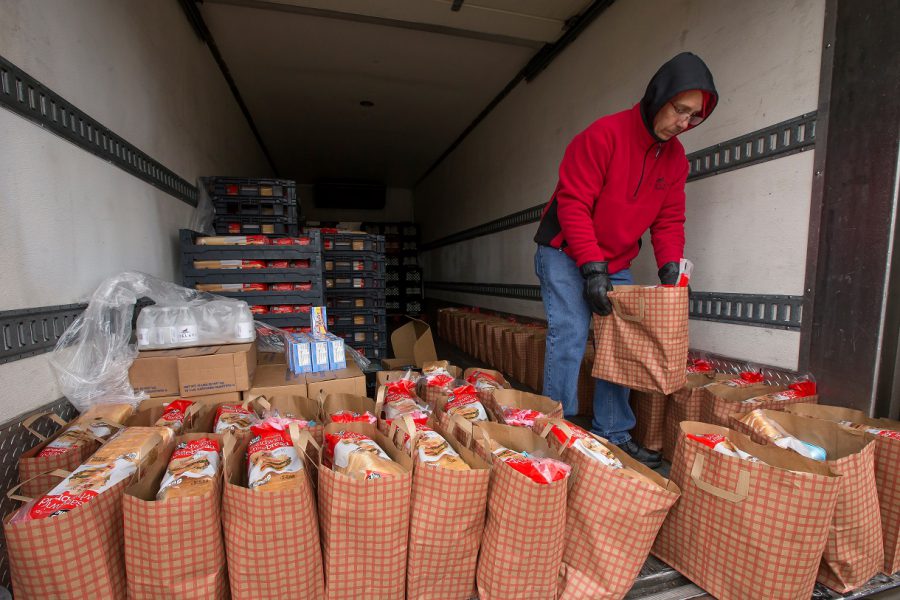 FireLake Discount Foods employees in Shawnee, Oklahoma, load a truck with food-filled sacks donated to the Salvation Army in December.

FireLake Discount Foods employees in Shawnee, Oklahoma, load a truck with food-filled sacks donated to the Salvation Army in December.

Around Christmastime, opportunities abound at Citizen Potawatomi Nation to share the spirit of the season. Ways to donate toys and meals and look after young and old alike are all part of the efforts CPN makes during the holidays.

The Tribe collaborates with the Salvation Army branch that serves Pottawatomie, Lincoln and Seminole, Oklahoma, counties each year. In December, Grand Casino Hotel and Resort held a Salvation Army toy drive for employees to participate in that culminated at its annual Christmas party.

The donations helped round out the organization’s Angel Tree program, where donation lists for children who are in need are placed on Christmas trees at companies and institutions around the community.

“The toy drive is for our Angel Tree program to help little kids have Christmas. We have got over 800 kids, probably closer to 850 kids that we need to try to provide for,” said Salvation Army Capt. Russell Clay.

In total, 572 toys helped fulfill the holiday wants and needs of those children.

“This is a very important part of our year, and we are so happy and pleased and blessed to have CPN be a part of that,” Clay said.

Grand employees also donated more than $1,000 to Family Promise of Shawnee, $939 to CPN FireLodge Children and Family Services and $965 to the Salvation Army Boys & Girls Club of Shawnee.

An elder “adoption” program was also a success. Like the Angel Tree program, wish lists for elders in the CPN Title VI Program hung from a tree at FireLake Discount Foods in Shawnee. Anyone could buy gifts and participate in the program.

FireLake Discount Foods also donated approximately $6,000 worth of food-filled sacks to the Salvation Army. Each included one gallon of milk, pound of butter, bag of fruit, ham, loaf of bread and one dozen eggs.

FDF also welcomed Salvation Army bell ringers outside of the store to collect donations from customers — ringing in the sound of the season.

The donation list included everything from vegetable oil and canned carrots to cake mix and chicken noodle soup. Fifteen departments from administration and CPN enterprises participated and collected 3,316 pounds of food.

Citizen Potawatomi Nation attempts to take the motivations behind “The Giving Season” to heart, encouraging employees and Tribal members to give to each other and the community, hoping the generosity carries on throughout the year.