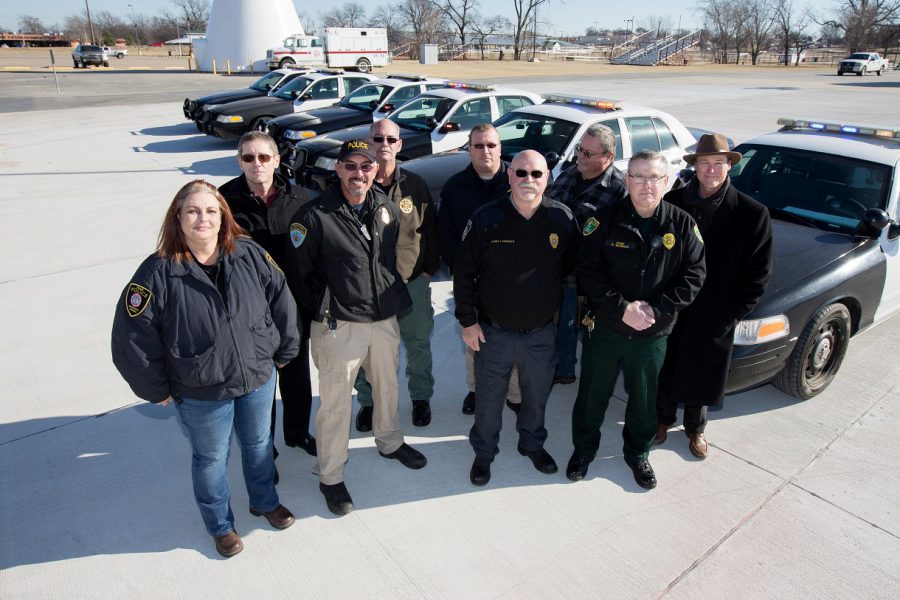 “It’s the right thing to do,” Jim Collard, CPN police chief and director of planning and economic development, said of the donation. “The Citizen Potawatomi Nation, of course, gives incredible amounts of money on all sorts of causes, and this is one of those instances.”

“We run them to well over one-hundred thousand miles on average, and then we donate those vehicles to these other agencies,” Collard explained. “They may not be pristine in terms of the looks, but they are pretty solid.”

To put it in perspective, Collard values the six Crown Vics at more than $18,000 total.

The donation increases the City of Asher’s patrol fleet from four to five, which is substantial for the small, rural community. For Maud, the gift allows the city to replace one of its out-of-service fleet vehicles.

Donating valuable resources is not a new venture for CPN. In fact, every time CPN applies for funding to purchase new police vehicles, the Nation includes in the application its intention to donate older vehicles to area forces in need, said CPNPD Maj. Jody Opela.

CPNPD employs approximately 29 officers and 44 staff. Its jurisdiction includes 900 square miles, and because of the sheer size of the jurisdiction, CPN police often work side-by-side with other municipalities and police forces.

“The sheriff does a terrific job, our DA is very good, all the police chiefs; we all get along,” Collard added. “That’s not always the case everywhere, but in Pottawatomie County, it is. We help each other, and we’re always available.”