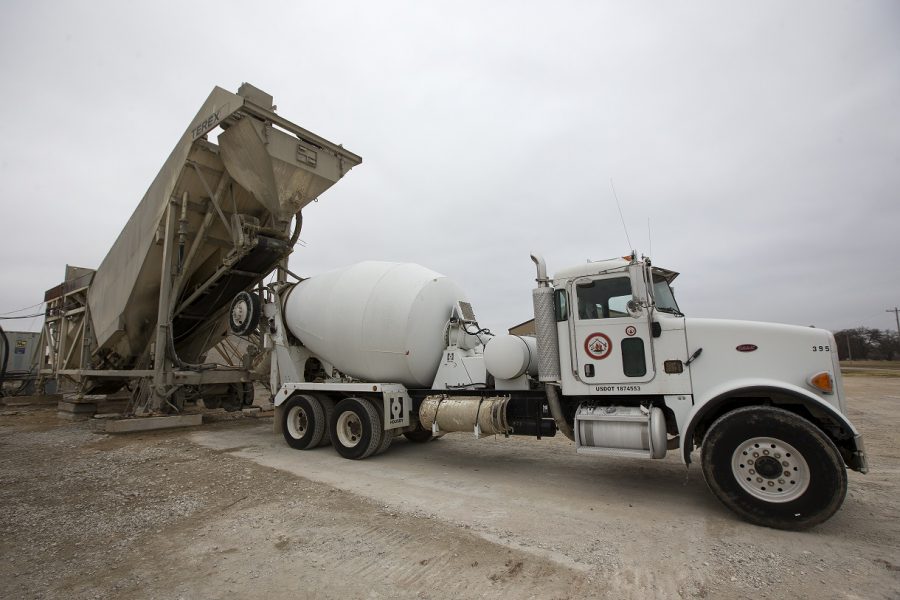 A Citizen Potawatomi Nation enterprise is set to reopen the concrete mixing portion of the business. The Tribe has owned its batch plant, or concrete mixing facility, since initial site work began for the Grand Casino Hotel and Resort in 2003. It moved to its current location off Hardesty Road and Gordon Cooper Drive in late 2006 or early 2007 to be closer to contracts in Shawnee, Oklahoma.

The concrete mixing portion of the plant closed in 2014 after being open to construction jobs for CPN and the public.

“We’ve been selling sand and rock and dirt to the public for the last three-and-a-half to four years,” said Batch Plant Director Todd Beach. He began working for CPN eight years ago.

It is a permanent dry mix plant, meaning dry ingredients are introduced to water and wet ingredients in a concrete mixing truck as opposed to pre-mixed at the plant before transportation. How much and what kind of concrete gets mixed depends on the size and type of job. Each truck holds 10 yards of mix.

“It really is a pretty simple process,” Beach said. “It’s all calculation; getting it all figured out. What we do is, once you call in and you tell us you’re doing a 200 or 300-yard job, you know … you have to have the right mixture, and how much rock. … The machine does it all for you.

“We helped construct Iron Horse (Industrial Park) a couple of years back, and that road took 5,004 yards of concrete,” he said. That’s a hefty 500 trucks full.

Beach used to own his own trucking company. Standing outside of his office at the batch plant, he said, “Matter of fact, I built this parking lot here with my trucks, and I did a bunch of other projects for the tribe. I contracted that through them.”

The plant will be open for concrete jobs for the Tribe only. In a full circle of events for Beach, the first project after reopening will be laying a bigger parking lot and equipment area at the batch plant.

“We just want to get it back off the ground and make sure everything works great,” he said. “We’ve got quite a few projects coming for the tribe.”

Those include parking lot work at the West Clinic, construction at the new imaging center, the widening of Hardesty Road and the relocation of a water cooling center control room.

The batch plant will also expand its staff of six and hire a full-time mechanic.

“We’re going to have a mechanic shop, and we’re putting some other buildings in to do some precast work with. We’ll end up having probably seven drivers total,” he said. “That’ll be about 10 total probably when we’re all done.”

Beach is excited for the new projects.

“Of course, yeah. We’ve just been waiting. We’re just getting all the kinks worked out and getting things ready to go, and so we’re just counting the days.” he said.

For now, the plant awaits word from CPN Project Manager Larry Johnson about where to head next.