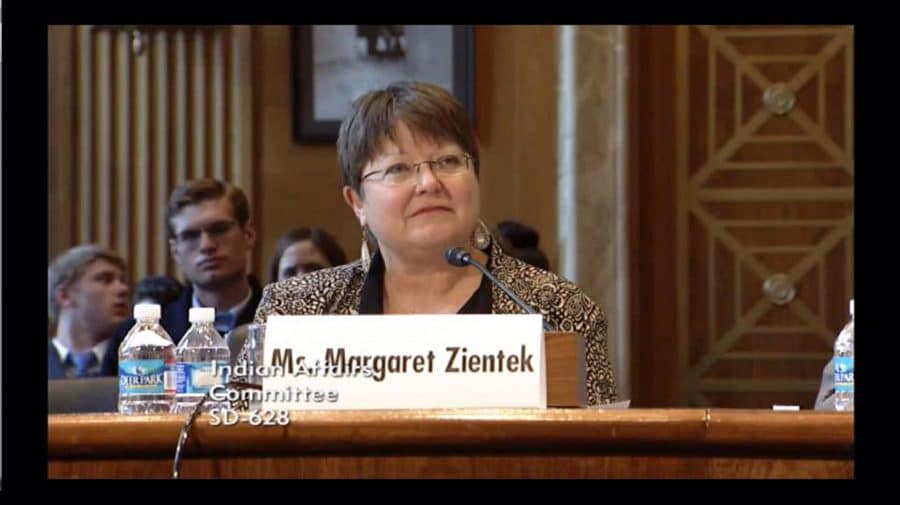 On Nov. 6, I traveled to Washington D.C. to inform the U.S. Senate Committee on Indian Affairs of federal agencies’ intransigence in adhering to federal law when it comes to tribal programs. Given my dual positions with Citizen Potawatomi Nation and the Public Law 102-477 Administrative Flexibility Workgroup, I again found myself requesting that Congress enforce its own statutes with 12 federal agencies involved in funding programs for Indian Country.

The 477 law is essential for the development of effective and efficient tribal services across the United States. It consolidates funding and paperwork requirements across a dozen agencies — from social services, housing, agriculture, workforce development and many others — into a single tribal plan. This eliminates overly burdensome reporting requirements for tribes seeking to use funds that help employ, house or educate American Indians or Alaska Natives. Tribes under the law have the flexibility to use this money at the local level and fully report using one metric provided by the U.S. Department of the Interior. This principle of local control was the basis for Congress’ passage of the amended 477 law just two years ago. The amended law sought to remove Washington bureaucrats from the decision-making business at the local level.

This bureaucratic intransigence is best exemplified by the dismaying memorandum of agreement by these agencies in December 2018. Decided by unelected federal employees without any input from Indian Nations, the MOA is entirely inconsistent with the amended 477 law that Congress passed in 2017.

Since then, we’ve seen this MOA implemented to the detriment of tribal governments and the people they serve. For instance, agencies have denied at least four programs’ entrance into 477 plans based on criteria unlawfully added through the MOA, rather than required by the actual law. Simply put, one federal employee following the whims of a policy not existing in statute has the ability to withhold legally obligated funds intended for use by a sovereign tribal government.

Additionally, the MOA takes decision-making power away from U.S. Department of the Interior, effectively providing veto power to any of a dozen agencies. This is not allowed by the law.

These are just two of several examples. They are not outliers. It is, unfortunately, more of the same.

In almost two decades in my position, I have seen how much good this program can do for tribes across the U.S. As a citizen of my Tribe, my state and this country, I am dismayed that these agencies allow certain actors within them to ignore Congressional authority by re-implementing the same harmful behaviors the law intended to curtail.

The 477 program has been the most successful of its kind in the history of the government-to-government relationships. It is one of the purest examples of tribal self-determination policy. Congress’ unwavering bipartisan support for the program is indicative of the positive impact it can truly have, if only Washington’s unelected bureaucrats would follow the law and get out of the way.