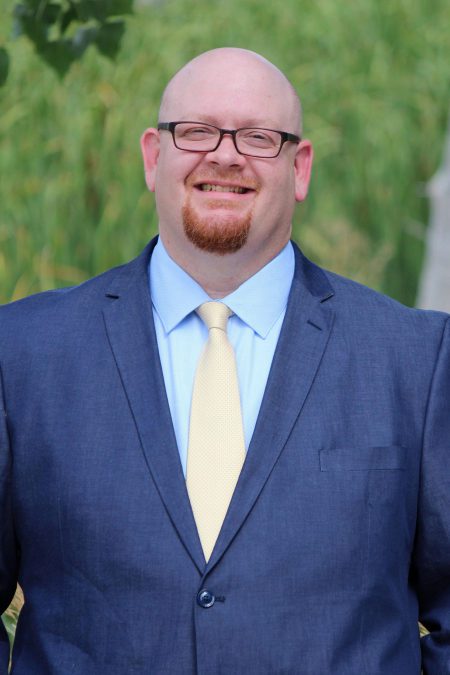 Citizen Potawatomi Nation tribal members come from all walks of life, with the diversity of personalities reflecting the diversity of more than 33,000 members across the globe. Almost all lead what would be considered normal day-to-day lives, and some take an additional step in their communities, serving as leaders and elected officials.

One such individual is David DeMott, a member of the Dowd family. His Potawatomi heritage comes from his mother’s side. DeMott recalled that as a child he could remember that his maternal grandfather, Richard Wade, retained close ties to his Tribal heritage.

DeMott recently achieved a long-sought goal of being elected to the city council of the Denver, Colorado, suburb of Westminster. The municipality’s population of approximately 113,000 sits amid one of the nation’s fastest-growing metro areas.

Though DeMott considered himself engaged when it came to state and federal politics, he had never been affiliated with a political campaign or candidate when his first instance of civic engagement occurred. As a member of the parent-teacher organization at his daughter’s elementary school, DeMott worked closely with first responders, school officials and fellow parents amid a time of tragedy.

In 2012, his daughter’s classmate Jessica Ridgeway had been abducted, and their school became a central organizing hub in communitywide efforts to find her. DeMott helped lead parents in providing food and other needs for first responders and those searching for the missing girl.

“The neighborhood I lived in and I had grown up in started to change,” DeMott recalled. “Everybody was terrified because of a murder in the neighborhood. … I saw people starting to lock themselves behind their doors.”

Wanting to reassure his family and his neighbors of the positive qualities of the place in which he had grown up and chosen to raise a family, he met with local school, law enforcement and government officials in search of something positive to do in the aftermath. What began as a meeting to plan a community walk through the same neighborhood where the tragedy occurred manifested itself later into helping the city with the 2013 dedication of the Jessica Ridgeway Memorial Park in Westminster.

“I’m this guy in the meeting wearing a hoodie who had become a de facto leader for the parents of our community with this group that eventually helped build the park. My wife and I just started getting more and more involved. When we saw something in the paper that said, ‘Run for city council,’ I wanted to go and check it out.”

A few discussions with fellow community members and a learning session with the city clerk on how to file for office led DeMott to his first run for Westminster City Council. The municipality’s elections are structured where the top three candidates are elected, and in his initial run, DeMott finished fifth out of eight candidates.

Two years later, he ran again, finishing fourth. While some might become burned out from two such results, especially given his busy career as an information technology professional and responsibilities as a parent, DeMott kept at it.

“I truly believe that’s how our form of government was set up,” he said. “Anybody from any walk of life or background should be able to get their fellow citizens to vote for them and feel like they’re worth representing them.”

In November, his years of community involvement and dedication paid off when he was elected to the city council.

DeMott attributed his family background and professional experience in the IT sector as good training for his role on the city’s governing body. His father is a retired Denver police officer whose own service showed DeMott the importance of supporting community servants who in turn support the neighborhoods in which they work.

Serving on a city government in one of the fastest-growing metropolitan areas in the U.S. isn’t an easy task. In a town with a rising population, increasing real estate prices and a new downtown development, DeMott wants to keep the city government focused on providing those core services.

His career as an IT professional has also paid dividends in his council role, having spent decades dealing with customers who are frustrated with technology issues. Rarely do IT professionals or city counselors receive thanks when the systems or programs they oversee work correctly. Yet when the internet goes down at the office or a water main breaks, they’re certain to hear about it, occasionally in raised tones.

“I’m used to people who are not necessarily mad at me, but mad, and I’m taking the brunt of it,” DeMott said. “But I’ve been successful in my IT career by being good with people and being able to separate myself and realize while I’m dealing with an angry person, figuring out why they may be angry.”

Just into his first term, DeMott has high hopes for the next four years. To learn more about his work as Westminster city counselor, visit daviddemott.com.