Monarch butterflies and the disconnect from the natural world 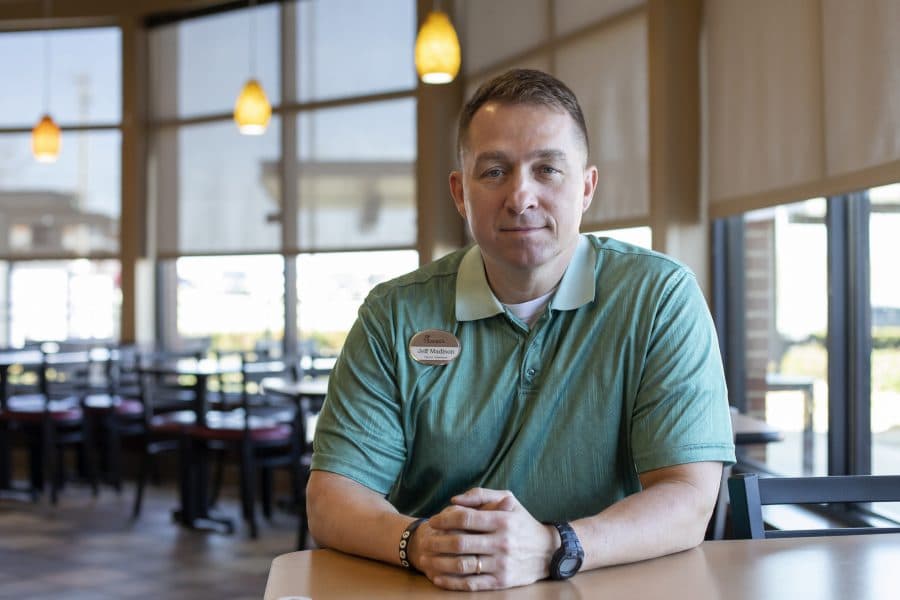 Community leader and owner/operator of the Shawnee Chick-fil-A, Jeff Madison, was recently selected to serve on the Citizen Potawatomi Community Development Corporation board of directors.

Madison has called the greater Shawnee area home most of his life. He graduated from Harrah High School and East Central University in Ada, Oklahoma, where he began his military career in ECU’s ROTC program. Upon graduation, he became a commissioned second lieutenant in the Army and retired after 26 years as a colonel.

“I served in Iraq, Afghanistan, Israel, Egypt, Germany and Korea,” Madison said. “It is a pretty dynamic career, but it seemed like all things were pointing (my family) back here.”

The opportunity to open a Chick-fil-A franchise made moving back to Oklahoma possible, and in February 2015, Madison opened the restaurant’s first and only location in Shawnee.

“I wanted a community that we kind of call our own,” he explained. “I didn’t want to be in a big city where the lines were blurred. I can look at Shawnee, and I can wrap my arms around it. You know this is our town. We can invest here. We can plant ourselves here.”

After completing a tour in Korea, Madison received an MBA from Syracuse University and utilized his education to help reestablish economic opportunities in war-torn areas of Iraq.

“I wanted to put my MBA to use, so that’s why I was brought in to do economic development. Now, what did I end up doing? A whole lot more,” Madison said.

He assisted with identifying barriers and worked to forge connections amongst Iraqis to increase chances of long-term success.

“I helped the government grow their capacity to lead in the absence of Saddam Hussein and his centralized government process, empowering people, civic society development, programs for women, health and education,” he explained.

While researching potential economic opportunities in the area, Madison realized a lack of access to capital was a major factor that hindered business development, and market shortages led to clashes amongst the Iraqis.

He saw microloans as a potential solution and began building access to capital for Iraqi businesses. Issuing small loans inspired new industries, helped re-open old businesses, and because the funds had to be repaid, business owners were more focused on long-term viability. The interest, or fees, also allow the funds to continue and grow.

“We determined $2,500 was what was good, and then we had an occasional $25,000 loan. We had a 99 percent payment because they had loan officers that went out and checked on the loan every week to make sure that they were spending the money on what they said they were borrowing,” he said.

“They had a backlog of over 300 loan applications of people waiting to get the loans as they were being paid back.”

Charging interest is not culturally acceptable in Islam, so Madison and other U.S. officials had to work with local leaders on developing an acceptable fee model that supported economic development while ensuring the funds revolved without charging traditional interest.

Madison witnessed the success and community building the microloans provided, and he looks forward to leveraging his background and experiences to help the CPCDC and the greater community to succeed and thrive.