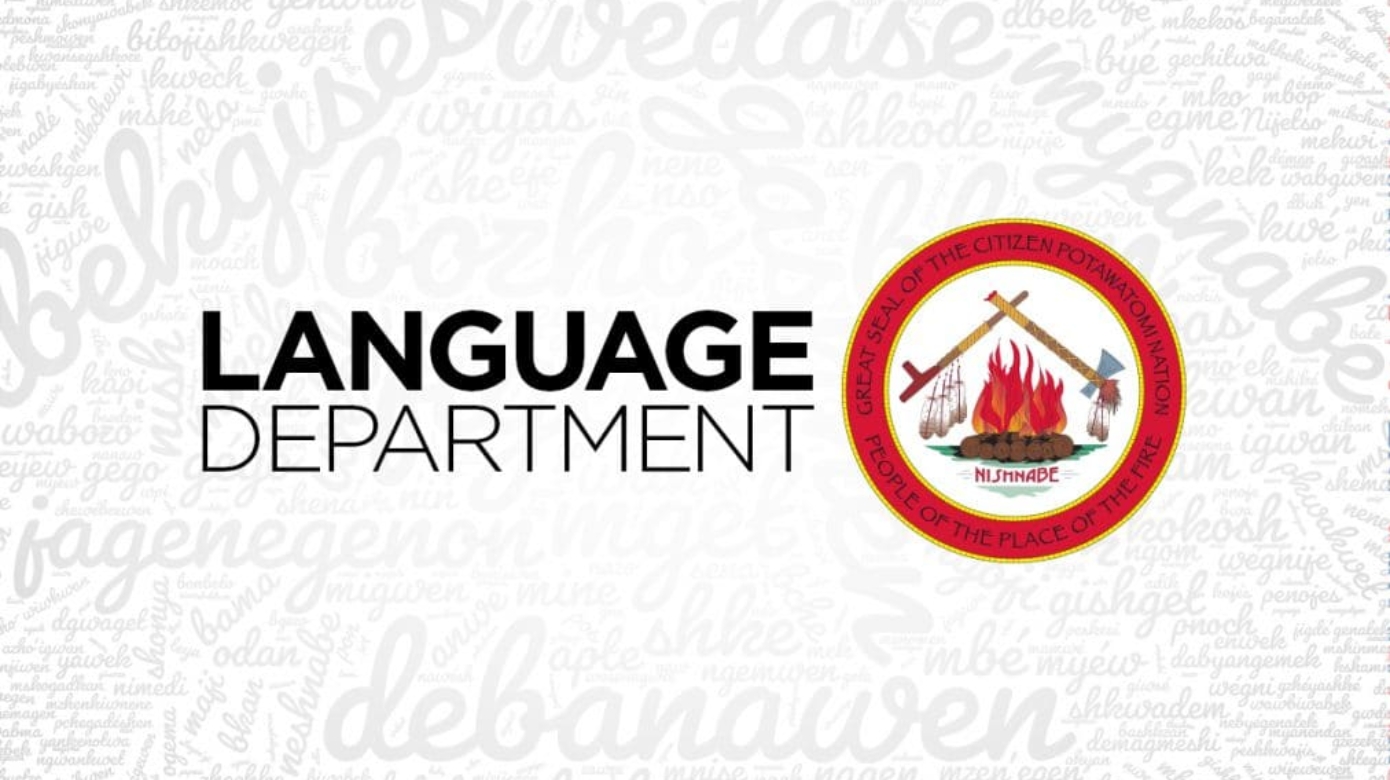 We are still working on getting our children’s books out. So, if you signed up, be patient. We are working on the most cost-efficient way to send them out. We hope to have them going out later this month. We have started another school year offering the language in high schools in Oklahoma. We currently have students at Shawnee High School, Tecumseh High School, Seminole High School and also Shawnee Middle School. We are also offering the language at several universities where there are large numbers of Citizen Potawatomi students.

I have been asked to join a panel discussion at the 54th annual Algonquian Conference in Colorado and am also going to be talking at the Algonquian Fair hosted by the Sac & Fox Nation.

We are working on our next online course to be offered through the same site we are using for our high school students and hope to have a version of it available by the end of the month. We also have a ton of other tools like two YouTube channels, Woolaroo (a Google image recognition software) and an older Moodle course as well as the Potawatomi Language Facebook group.

I would like to share some sentences that come from a variety of sources of first language speakers. That way you can learn some new vocabulary and enhance your Potawatomi Language learning.

Gete se é-mnewéndek gigabé é-wi-tot wa-je-bbonshet.
The boy was very happy to have a place where he would spend the winter.