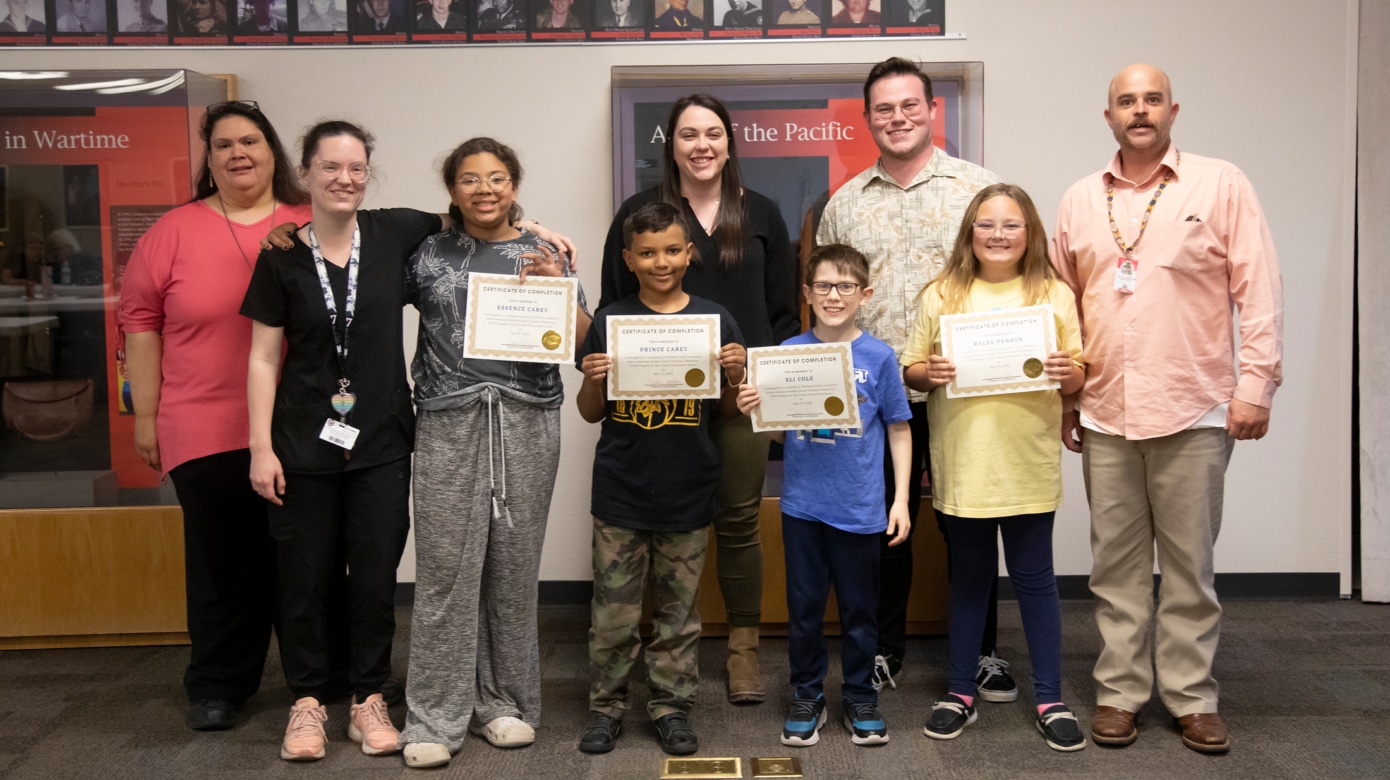 A STEM education in high school looks much different now than even 20 years ago. With new technologies arriving almost by the minute, programs such as Oklahoma State University College of Education and Human Science’s Mixed Reality Laboratory provide their students with necessary resources to meet that future. But what about those in primary school?

“The whole bottom line is Native communities typically get left out. Our kids are behind. Not cool in my book,” said grant program coordinator Cynthia Orona.

She and the Mixed Reality Lab worked together to bring curriculum for science, technology, engineering and math to three tribes — including CPN’s after-school program that serves students 6 to 13 years old. They provided software to teach the students how to digitally design almost any building or product imaginable as well as 3D printers and virtual reality goggles to bring them to life.

CPN’s Department of Education Director Tesia Zientek connected OSU and the Tribe and saw some students present their projects in April 2022 after completing a year with the program. Student Rylee Penson started off hesitant but looked forward to the program every week.

Penson used her imagination to “make new art, to make crazy stuff” and learned how to build and design structures by the end.

“To see it now at this point and understand what the kids were able to learn and even just hearing them just now understand the equipment better than I could have ever explained is so exciting,” Zientek said. “The world is changing. The workforce is changing. Demand for different career fields is changing.”

The OSU staff prepares the schools and after school programs to lead and continue the lessons with their students themselves. The machines and technology stay with the tribes, and Orona said they plan to expand throughout the next several years.

“We’re piloting at three tribes so we can see how it goes, and we can continue to work on the curriculum and try to make it better every time,” she said.

CPN after-school program teacher Randy Schlachtun knew this type of experience was invaluable for his students.

“They’re doing the virtual reality, 3D printing, the engineering, all this type of computer-aided design and things like it. When you’re able to have the possibility to offer that to your students — well, I think most any administrator or superintendent, school district, would be glad to give it a try. And luckily, we were on the ground floor and able to,” he said.

According to a Pew Research Center report from April 2021, “Native Americans, Native Hawaiians, Pacific Islanders and people who identify with more than one racial group earned 4 percent of bachelor’s degrees and 3 percent of advanced degrees in STEM fields.”

Both OSU and CPN wanted to reach Indigenous students and nurture their interest in science, mathematics and technology. Schlachtun talked with them about patents and how to turn their creations into careers. It inspired some of them to imagine their work in someone’s home or school.

“I don’t think any of our students have owned their own VR system or 3D printer or anything like that. But sure enough, being able to provide access to it … for the most part, all of them just got in there and really got after it and really focused hard and worked hard, and I was really proud of them,” Schlachtun said.

They recreated and decorated rooms of the CPN childcare center, designed and 3D printed light fixtures and imagined the layout of their potential college dorm room. A few students then presented their projects at the CPN Cultural Heritage Center in April 2022 to celebrate completing the program. CPN and OSU gave them certificates of achievement as well.

“I saw major improvements in self-esteem in a few of them, which I thought was totally awesome because that’s part of our job here is to give kids a good, strong sense of self-esteem,” Schlachtun said.

Presenting his project made him a little nervous, but the affirmation from staff at OSU, CPN and other community members motivated him.

“It was great to see them achieve and then be rewarded for it by Ph.D.s and masters and professors — really acknowledging their work and their mind frame because sometimes as we get older, we get into … this one mind frame. Man, these kids — their imaginations are still fresh and wild,” Schlachtun said.

The CPN Child Development Center included collaboration with Potawatomi elders as an essential part of the students’ time with technology. They wanted to bridge the generational gap and provide a space for them to think and talk through ideas together. Elder Theresa Talbot feels children lack time with their elders. She learned how to use the electronic equipment along with the students and presented opportunities to combine nature and Potawatomi culture into their designs.

“Interlink today with the past. You can walk into any gym, and what you’re going to see are flat walls, a bare floor, and maybe some benches or stadium chairs or something like that. … Why can’t we have pictures of trees, pictures of animals, their tracks, the birds and how they fly?” she said.

Program coordinator Cynthia Orona and the rest of the OSU staff enjoyed seeing the relationships with the elders blossom much more than they anticipated.

“It made us happy because they were helping those kids make connections that I wouldn’t say they weren’t there, but they weren’t formalized,” she said. “And the elders kind of gave them some history, too, at the same time. And then we use the technology to engage the kids. So the technology really was for the kids. The elders were to help supplement that history in a fun environment.”

On a cultural level, Schlachtun saw the opportunity for knowledge to move from generation to generation and watched the students fill their creations with the four directions colors, clan animals, Eastern Woodlands patterns and more.

“I think the elders that we had come up here were extremely open to what the kids wanted to bring to the table and what projects they wanted to do,” he said. “It’s really nice to be able to have that much energy from the youth and knowledge from the elders. And you put that together in this type of modern technology education program, and to be able to come out the end with tangible things like the lamps that they created or the virtual spaces that they created together, it was really neat.”

Many of the students also considered inclusivity a high priority while designing their spaces, including Braille on signage and wheelchair accessibility.

“I thought, ‘Man, that’s just beyond for a 9-year-old kid to be anticipating those type of things,’” Schlachtun said. “And whether it’s been Braille or ramp access for (people with disabilities) or just all the different ways that they thought about including everybody into whatever space they were creating … they really put forth a lot of thought into that.”

The CPN after school program plans to continue the STEM technology lessons for at least two more years. Schlachtun hopes to open it up to younger kids with the possibility of including 7-year-olds. He feels the earlier they engage students and give them a head start, they reach them at a more open and receptive period of their life.

Find out more about the Citizen Potawatomi Nation Child Development Center and after school programs at cpn.news/CPNCDC.