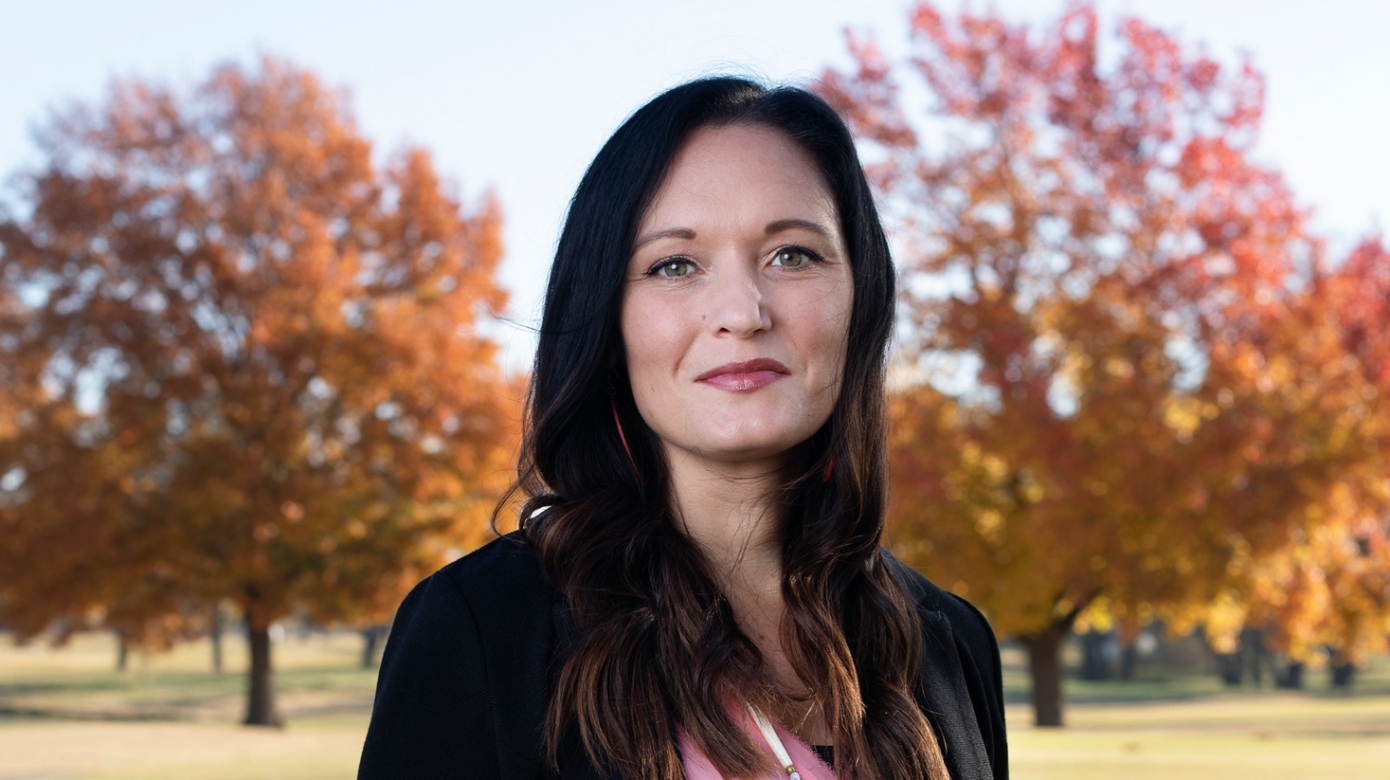 From The Harvard Gazette

Mosteller will report to and partner with Gone, the program’s faculty director and professor of anthropology and of global health and social medicine, to lead HUNAP. She will join the Harvard University community when she begins her appointment on July 11.

“Following a nation-wide search, HUNAP is delighted to have recruited Dr. Kelli Mosteller (Citizen Potawatomi) to Harvard to serve as our new executive director,” said Gone. “Kelli’s prior leadership experience across various tribal initiatives has been effective and impressive, and I am thrilled that she will join our team to guide HUNAP toward a more vibrant, visible, and impactful future.”

“With her devotion to the preservation of Indigenous culture through education, advocacy, and community-building, Kelli is the right person to advance HUNAP’s mission,” said Harvard University Provost Alan M. Garber, who oversees HUNAP. “HUNAP nurtures the Native American and Indigenous community here at Harvard while promoting Native American and Indigenous-led scholarship. I am delighted that Kelli will bring her passion, accomplishments, and extensive expertise to HUNAP.”

“I am excited and honored to join Harvard University as the new executive director of HUNAP,” Mosteller said. “I believe that Harvard University is uniquely positioned to bring together thought leaders and academic resources to make a significant impact in Indian Country. This opportunity to support students and scholars within the Harvard community and beyond who are dedicated to enacting Indigenous-led research and initiatives in Native communities is an incredible honor.”

Philip J. Deloria, Leverett Saltonstall Professor of History, remarked, “Kelli Mosteller brings an extraordinary range and depth of experience to HUNAP. She’s a scholar, administrator, and public-facing intellectual with deep ties to tribal communities. I’ve had the pleasure of working with her in the past and have really appreciated her thoughtful approach to challenges, as well as her creativity, enthusiasm, and positivity.”

“Kelli brings to Harvard a remarkable combination of scholarly acumen, leadership experience and familiarity with Indigenous governance,” said Daniel Carpenter, Allie S. Freed Professor of Government. “We are lucky, and I’ll be honored to work with her in the years ahead.”

Mosteller is also a dedicated mentor in the Potawatomi Leadership Program, teaching Tribal youth in college about the history and culture of the Tribe, as well as its government and economic development.

“As a scholar in American history and manager of tribal institutions, Kelli Mosteller will bring a special and wide-ranging expertise to HUNAP,” said Tiya Miles, Michael Garvey Professor of History and Radcliffe Alumnae Professor at the Harvard Radcliffe Institute. “Her extensive experience in working with the Citizen Potawatomi Nation, Native leaders across the country, policy makers in the state of Oklahoma, and students at the University of Texas ensures that she has the sensitivity and diplomatic skills necessary to support HUNAP’s exciting upward trajectory of growth and community engagement.”

Mosteller has been a recipient of numerous awards and honors, including The Journal Record’s 50 Oklahoma Women Making a Difference in 2017 and Achievers Under 40 in 2015. To fund her research, she was awarded the American Philosophical Society Philips Fund Grant for Native American Research, the Newberry Library Francis C. Allen Fellowship for Individual Research, and the Smithsonian Visiting Student Fellowship.