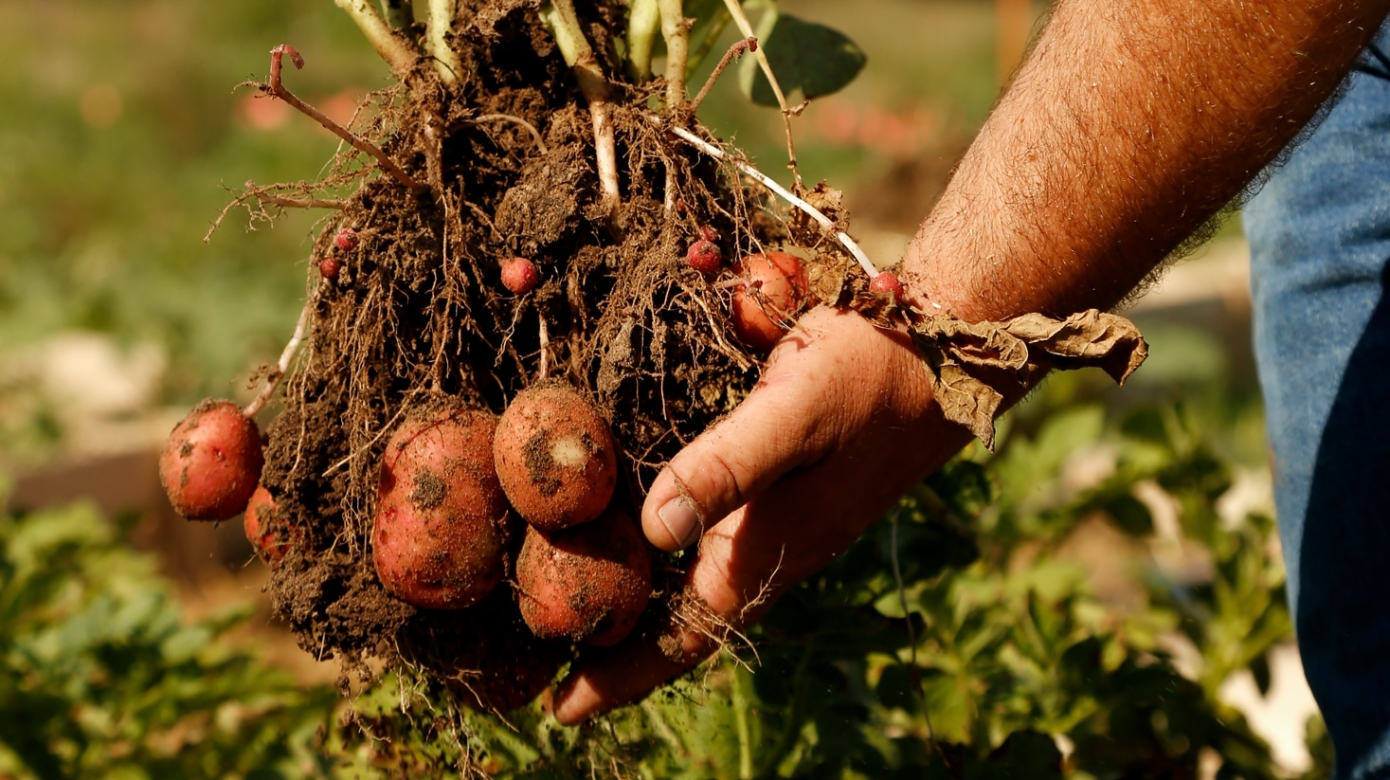 The official start of summer — niben (time of plenty) — begins Tuesday, June 21. Before the invention of grocery stores, it was a key time to harvest and procure food as well as celebrate. During niben, Potawatomi continue age-old traditions of the season that strengthen cultural and personal connections.

“When the crops came, it was a time of plenty to come together and feast and hang out with one another and have dances, things like that,” said Citizen Potawatomi Language Director Justin Neely.

Each clan lived in separate villages across the same region, and the bitter winters around the Great Lakes made visiting neighboring villages more difficult. As the cold began to fade, Potawatomi moved camp, settling near water sources, and warm summers served as a great time for travel and fellowship.

“You don’t want to deplete the resources in one area,” Neely explained. “In fact, the style of the wigwams that we had in the summer were different. They were oftentimes reed or cattail mats where you could actually roll up the corners and let the wind flow through versus the birch bark ones, which are a little sturdier and better for the harsh winter conditions.”

In Potawatomi culture, each moon indicates important events and activities. Summer meant having fun as well as procuring food for the long, harsh winters. Some of the moons recognized across Potawatomi communities during niben, include dé’mengises (strawberry moon), abtenibnegises (midsummer moon), minkégises (blueberry picking moon) and the beginning of mnomnekegises (ricing moon) or zawbogyagises (leaves turn yellow moon).

Potawatomi gardens included the Three Sisters: corn, beans and squash, among other traditional crops. Today, many continue the companion planting growing technique as well as use heirloom Potawatomi seeds.

While women tended to the gardens and harvested food before colonization, men hunted game like venison, duck, fish and more.

“There’s evidence that sturgeon was a really important fish to our people. They used to grow quite large, and they’re still a pretty good-sized fish,” Neely said.

“You could kill a sturgeon, and it could feed your family for a week or so.”

Dehydrating meat keeps it fresh for months to come. Summer is also the only time harvesting some key medicines can occur.

“You want to stockpile the medicines that you have and dry them out and have them available when winter comes and you really need them,” Neely said.

After the Potawatomi were forcibly removed from the Great Lakes region westward, the Tribe had to become acclimated to shorter winters and hotter summers.

“I can imagine that was pretty brutal on some of our people, especially the older people that lived their whole lives where it was cold,” Neely said.

While many of the plants found west of the Mississippi River varied from those in the Great Lakes region, the Potawatomi have adapted. Today, many celebrate finding crops local to them, like the dewberries and sand plums found in Oklahoma.

During the summer, Citizen Potawatomi attend the Nation’s annual Family Reunion Festival as well as continue upholding ties with other Potawatomi across Turtle Island through the Potawatomi Gathering.

“Our powwow or Festival in June is a nice way to celebrate and come together as a people and give thanks for who we are,” Neely said. “There’s something nice about knowing that you’re at an event, you’re learning your language and culture, things like that. Then you look around, and all these people are your relatives in some way.”

Other ways to continue niben traditions include making a special meal on the summer equinox, tending to a fire, holding a talking circle, playing games like pegnegewen (stickball) and more.

“I think just getting together, however that is, is a good, positive thing for people,” Neely said.

Learn more about Potawatomi language, traditions and culture at potawatomiheritage.com.