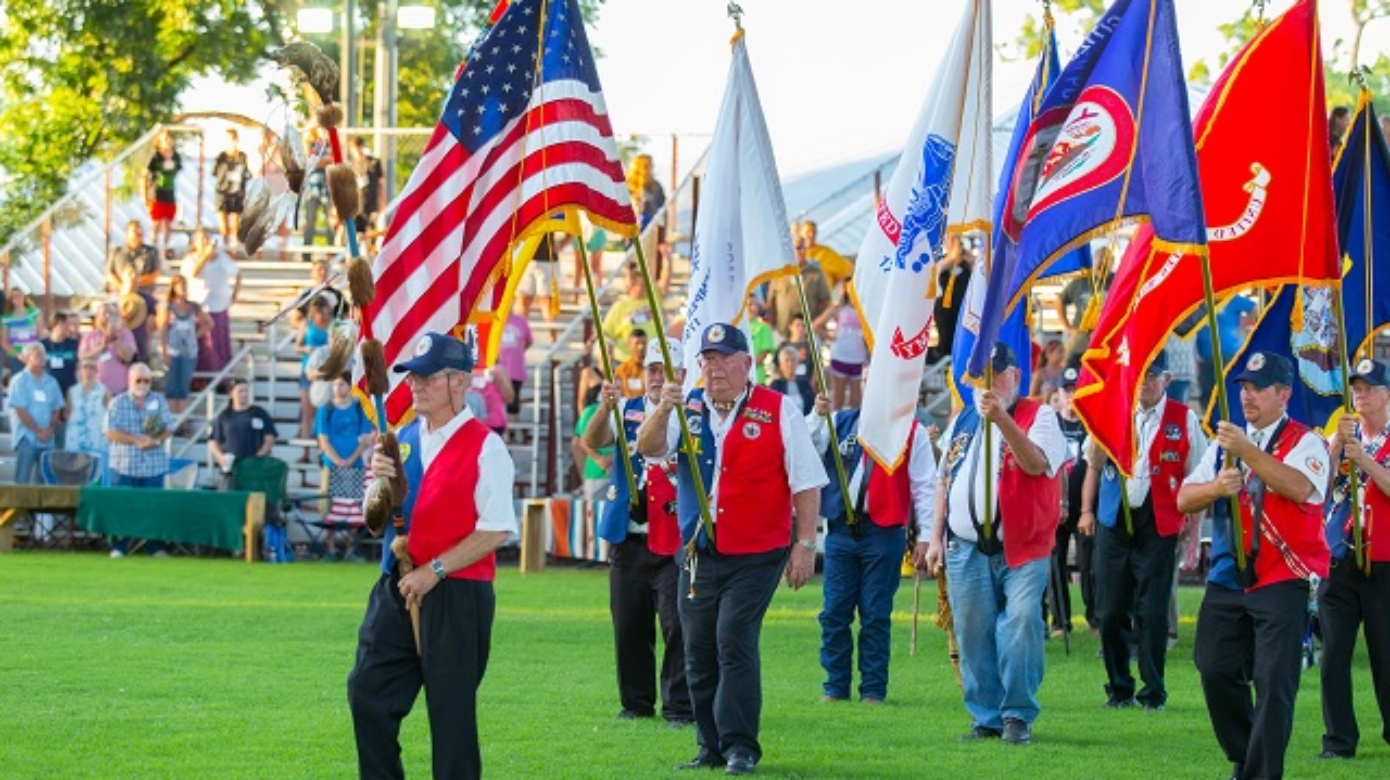 Once part of a brotherhood on the battlefield, members of the Citizen Potawatomi Nation Veterans Organization remain a source of support and pride for each other and the community.

The group is excited about the 2022 Citizen Potawatomi Annual Family Reunion Festival’s return to an in-person event as well as the chance to reconnect with current members and welcome new ones into the fold, said Commander Daryl Talbot.

Their most visible role is during Saturday’s powwow Grand Entry, where they lead the procession with the Nation’s eagle staff, CPN flag and the U.S. flag.

“We invite all veterans, whether they’re members or of our group or not, to join in the Grand Entry,” Talbot said. “We veterans have a brotherhood. If you’re a veteran, you know you’re one of our kin, and we all share similar experiences.”

That sense of brotherhood brings group members together on the fourth Tuesday of each month to share food and fellowship. Group members are also there to provide understanding when its needed.

“Especially those of us who’ve been through similar experiences,” the Marine veteran said. “And we don’t (force people to) share their experiences, although we like to hear them. It’s a part of the healing.”

Talbot said that shared understanding remains the best benefit he has received since becoming active with the organization.

The coronavirus pandemic curtailed some of the group’s monthly meetings, and Talbot said they are eager to make up for lost time, starting at the Family Reunion Festival. Talbot hopes younger vets will take the initiative to join. Veterans of all branches of service are welcome. Talbot himself has served in four branches of the U.S. military: the Marines, Navy, Air Force and Army.

“Just start by attending our meetings, and from there, find out if it’s something that they would like to be a part of,” Talbot said. “It was originally formed as a social organization.”

During Festival, all veterans are encouraged to stop by the organization’s booth to receive their red ribbon designating them as a veteran of the U.S. Armed Forces.
Talbot is looking forward to meeting new people and participating in the Festival archery competition, something he’s missed for the last two years.

The group does not perform any fundraising or collect membership dues. They are often asked to present the U.S. flag at community events or gatherings, or to honor a CPN veteran who has walked on.

“The active part that we do is our color guard and our honor guard. We represent the Tribe at various functions across the state,” Talbot said.