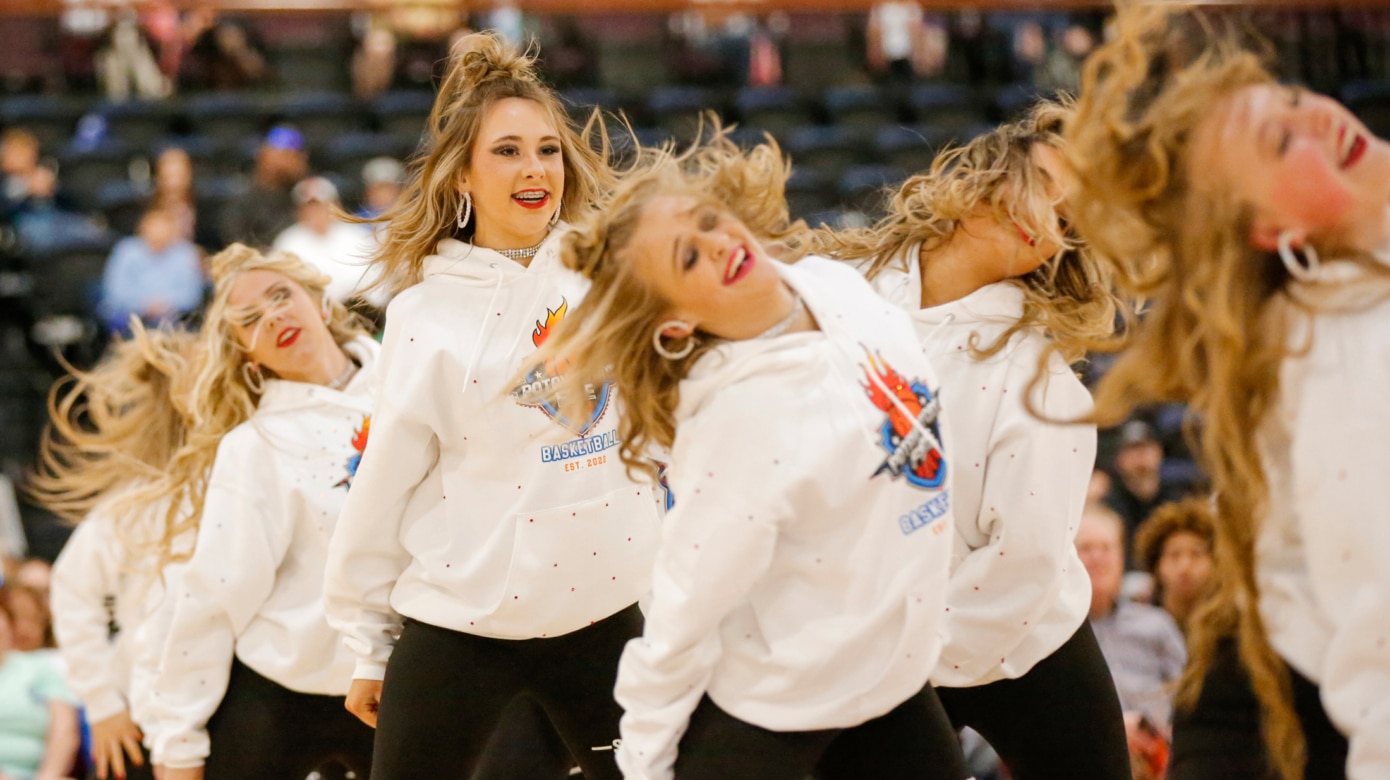 The Heat dance team performs during the second quarter at the Potawatomi Fire’s first home game.

As Citizen Potawatomi Nation’s new professional basketball team, the Potawatomi Fire, plays its debut season with The Basketball League, three dance teams packed with local talent perform by their sides. From the junior Sparklers, aged 9 to 12, to the Fire Girls, the team’s professional dance entertainment group, the dancers bring high energy, shimmer and charm to the arena.

Whitecotton, a junior at Bethel High School and pre-engineering student at Gordon Cooper Technology Center, began dancing when she was just 2 years old. Now, she trains and competes in a variety of styles through DreamCatcher’s Dance Company in Shawnee, Oklahoma, and cheers for her high school’s football and basketball teams.

“My mom was a dancer and so were my aunts. They always loved dancing growing up and thought I would enjoy it too,” she told the Hownikan in a recent interview.

She began in ballet — her first performance was to Que Sera Sera in a pink ballet tutu — but as she got older, Whitecotton expanded her training to include hip-hop, jazz and contemporary styles.

Contemporary dance is a particular favorite of Whitecotton’s, especially for solo dances.

“It’s kind of like soft and then hard-hitting,” she said. “I usually try to do the hard hitting songs that have softer parts so that I can transition and just try to do it all.”

She also enjoys taking on new characters for dances, especially ones with scary storylines and intense movement — quite different from her usual happy and light personality.

Whitecotton heard about the Fire dance teams through her studio director, Aonisty Parks, who is also the Entertainment Director for the Potawatomi Fire. Whitecotton’s father, Justin Whitecotton, works for the Tribe as the Electrical Department Director, and encouraged her to consider auditioning.

Parks told the Hownikan that she’s excited for dancers to have access to opportunities that have not been readily available in the area until now.

“If you’re a dancer in this area, yes, you are going to be somewhat limited after you are 18 as to what you are able to do. And so to be able to have this opportunity to perform every single week is like over the moon,” she said.

Fire dance also provides new and exciting opportunities for younger dancers through the Sparklers and Heat teams, paving the way for dancers of all ages in the area for years to come.

“It’s way bigger than a dance competition,” Whitecotton said. “The older dancers actually get paid. So it’s almost like I’m professional. And if people see that, or come to a game, I can interact and just know more people and get more involved so that I have more connections for the future.”

The Heat performed during the second quarter at the Fire’s first home game at FireLake Arena on March 19, Whitecotton’s first performance with the team.

From the moment the music came on — Chalie Boy’s I Look Good — she was the picture of professional. Her movement settled right in the pocket of the rhythm, cool flows totally collected and accents punched with clarity and style. Confidence radiated as she led the team out of a column at center court into their final formation. Her expressions and energy were dynamic, engaging the crowd anew every second. As the last beat hit, Whitecotton death dropped to the ground, one leg tucked behind her and the other extended, arms outstretched. The announcer boomed, “theeee HEAT!” Whitecotton smiled.

The dance was complicated, Whitecotton told the Hownikan after her performance, but she felt like her team pulled it off successfully.

“You have to be all together, so you don’t have to just know the moves, but you have to know when you’re supposed to do them, and you have to make sure not to hit anybody. … It’s a lot of teamwork, a lot of routines, formations, timing, musicality,” she said.

“I keep saying it, but it’s just really fun and makes me smile. We’re all dancing on the side when a song comes on, and singing along and having fun together enjoying each other’s company.”

Also performing at the first home game were the Fire Girls. They led the players out onto the court with sharp chassés and glittering pompoms, accentuating the entire evening with snappy jazz and pom dances. During the third quarter, they took the court for a kick line performance, drawing cheers from the crowd.

The ability to provide quality opportunities for local dancers like Whitecotton to hone their passion and skill motivates Parks, who has dreamt of being a dance instructor since she was a young dancer herself. She also feels a strong sense of responsibility as a role model for her dancers and to impact the community positively through her work.

Whitecotton is especially excited for the impact the Fire will have on the Tribe and glad to be along for the ride.

“I think it’s a big deal that (the Tribe) got their own basketball team, to bring more attention and more money that they can use to support their family members and community,” she said. “And, you know, with COVID, you’re going to need more money to get through everything, as well as just having fun again after everything everyone’s gone through. That’s a big part of it.”

The Potawatomi Fire is an expansion team of The Basketball League. They played their first home game at FireLake Arena on March 19, defeating the Little Rock Lightning 123-93. Follow the Fire on their website at potawatomifire.com and on social media at @PotawatomiFire. Follow the Fire Dance Teams at @FireDanceTeamOK, and find DreamCatcher’s Dance Company at dreamcatchersdance.com. 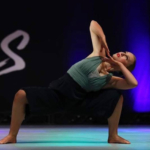 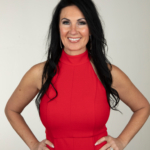 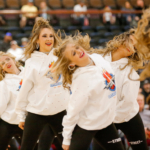