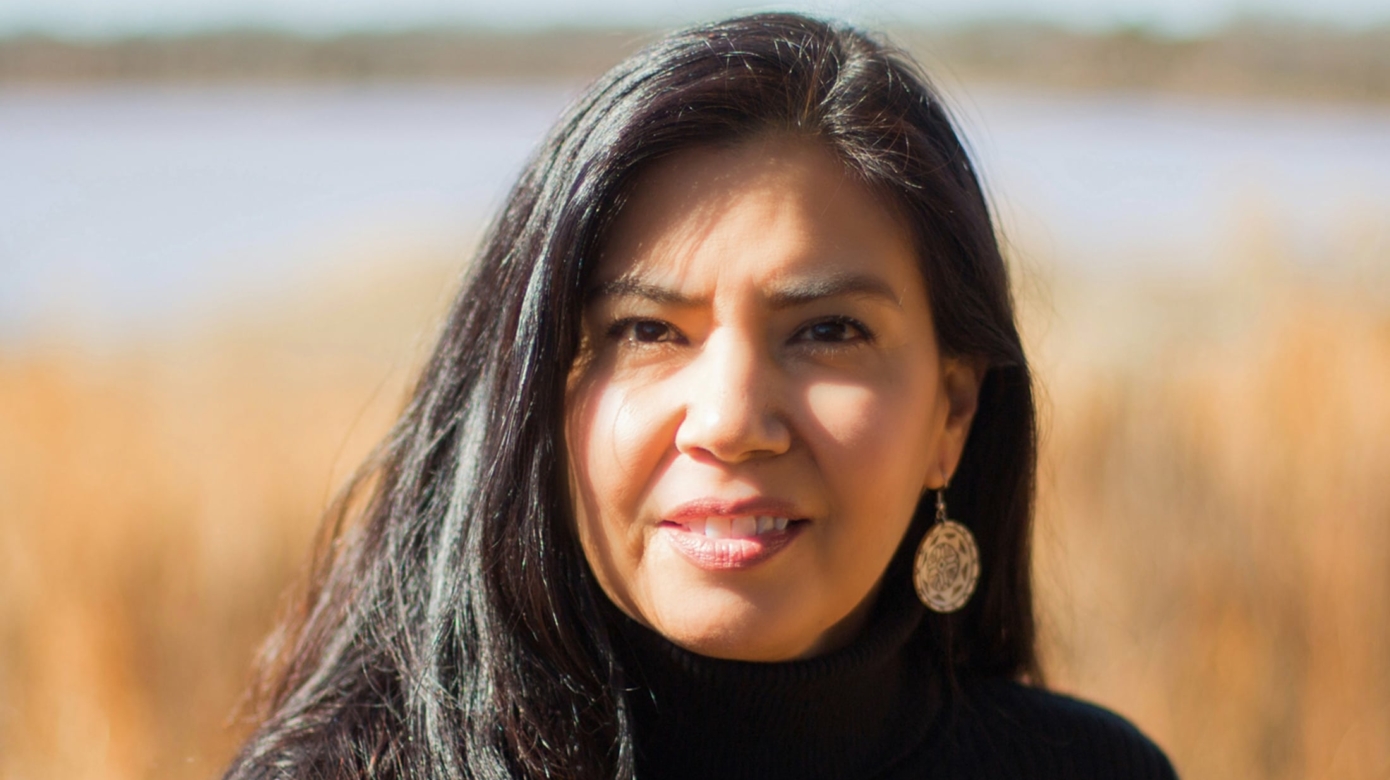 In a time of fast fashion when customers often wear runway-inspired items a few times and discard them, many Indigenous designers and producers focus on creating unique pieces that stand the test of trends. Designer Leslie Deer prefers to make timeless pieces. For her brand, L.A. Deer Apparel, she utilizes classic silhouettes with the potential to outlast the life of the wearer.

“I consider what I do, the apparel that I make, an investment, and they should be things that would last you for a long time for many occasions, maybe even be handed down to another generation to be worn and shared and cherished,” she said.

She started her journey daydreaming about clothes she wanted to make herself while traveling across the country in the backseat with her parents.

“It seemed like so far-fetched to actually be able to think about creating or designing your own clothes,” Deer said. “Because to me, those were all made like in big factories with manufacturers. … But as time went on, I did start making my own dance regalia. And people would comment on it a lot and encouraged me to continue sewing.”

Now, she owns a successful apparel company. She has participated in fashion shows, won awards at prestigious Native art markets and dressed highly regarded Indigenous thinkers and artists, including Joy Harjo. The recognition affirms Deer’s life goals and decision to earn a second bachelor’s degree as a nontraditional student.

Deer works for Citizen Potawatomi Nation’s Cultural Heritage Center as the cultural activities coordinator, teaching classes on how to make accessories for regalia and everyday wear. She also hosts open cultural sewing classes. She encourages other Indigenous designers to push their brands forward and keep working, and reminds them of the time and commitment required to earn a living making their own clothes and accessories. However, the reward of seeing their work out in the world makes it worth it.

Deer feels that the designs for fabric and applique she creates keep her tribe’s Muscogee Nation motifs alive by incorporating them into wearable art. She said while Plains tribes’ motifs and patterns remain dominant, not many designers rely on southeastern tribes’ style. As a child, her exposure to Mound Builder artwork or its meaning was limited, and she learned most of what she knows as an adult.

“I felt like it was something that I had a responsibility to bring forward with me, bring it into the present day just so that it’s not forgotten. I feel like I’m kind of like bringing my ancestors along with me and bringing them into the present day and sharing what they did with everybody else,” Deer said.

Many of the Eastern Woodlands tribes, including Potawatomi, that worked and lived with French fur traders in the 1700s began using silk ribbons imported from France and creating ribbon applique as part of their everyday and ceremonial wear, such as ribbon skirts. Plains Cree tribal member Agnes Woodward designs ribbon skirts and made the outfit Secretary of Interior Deb Haaland wore for her swearing in ceremony in 2021.

She told the Lakota Times, “It’s about taking back the shame that I carried as a young girl. When I wear a ribbon skirt, I am asking people to notice that I am confident in who I am as an Indigenous person, and I am asking them to respect that.”

Today, many Native women across Turtle Island consider them beautiful and very fashionable pieces of their wardrobes, regardless of their tribal affiliation.

Other hip Native brands, such as The NTVS Clothing, embrace the look of throwback t-shirts, trucker hats and hoodies — always with a twist to pop culture. Deer believes all of it is a form of expression and makes a statement.

“I think that it’s important for representation. It’s another way to put ourselves out there. It’s another expression of artwork or another expression of our culture. It’s a way to be seen and for people to take an interest or learn more or understand parts of our culture. And I think that it’s great all the support that Indigenous artists are receiving at this time,” she said.

Deer attends many Native art markets across the country to promote her line and sell her products, in addition to her website. While the prices across booths surprise some attendees, others understand the cost of purchasing handmade pieces. It takes Deer hours to cut all of the fabric for many of her dresses, and in a recent Hownikan interview, she pointed out her hands touch every piece she sells.

“I think that people are really surprised sometimes when they take a closer look and realize how much effort, how much thought, how much of someone’s heart has gone into something as far as even just coordinating colors for things that you do and all of the symmetry in it,” she said. “All the representation that is put out in our artwork is, I think, surprising sometimes to people, and it takes them taking a closer look to really begin to realize that.”

Many Indigenous beading artists make earring, barrettes, necklaces and hatbands not available anywhere else. As an apparel designer, Deer enjoys creating one-of-a-kind skirts and dresses and believes the exclusivity increases their worth.

One of the most rewarding aspects of Deer’s fashion career includes seeing a garment’s new owner try it on for the first time.

“I like to explain to people looking at the apparel what the thought was with this garment, what the motifs represent, what I was thinking when I put this together. But the really fun thing is when people go into the dressing room and put it on and come out and look in the mirror. It’s like to see their faces sometimes, they just are like, ‘Whoa, I love this,’ or, ‘Oh, I want this. I got to have this,’” she said.

Deer hopes Native designers feel inspired by increased attention from outlets like Vogue as well as shows like Reservation Dogs and Rutherford Falls.

“There’s just no end to the creativity of our Indigenous people. And every day there’s something new out there, and it’s just all so amazing and impressive and just beautiful,” she said. 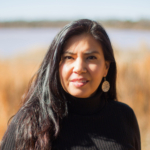 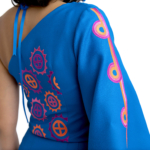