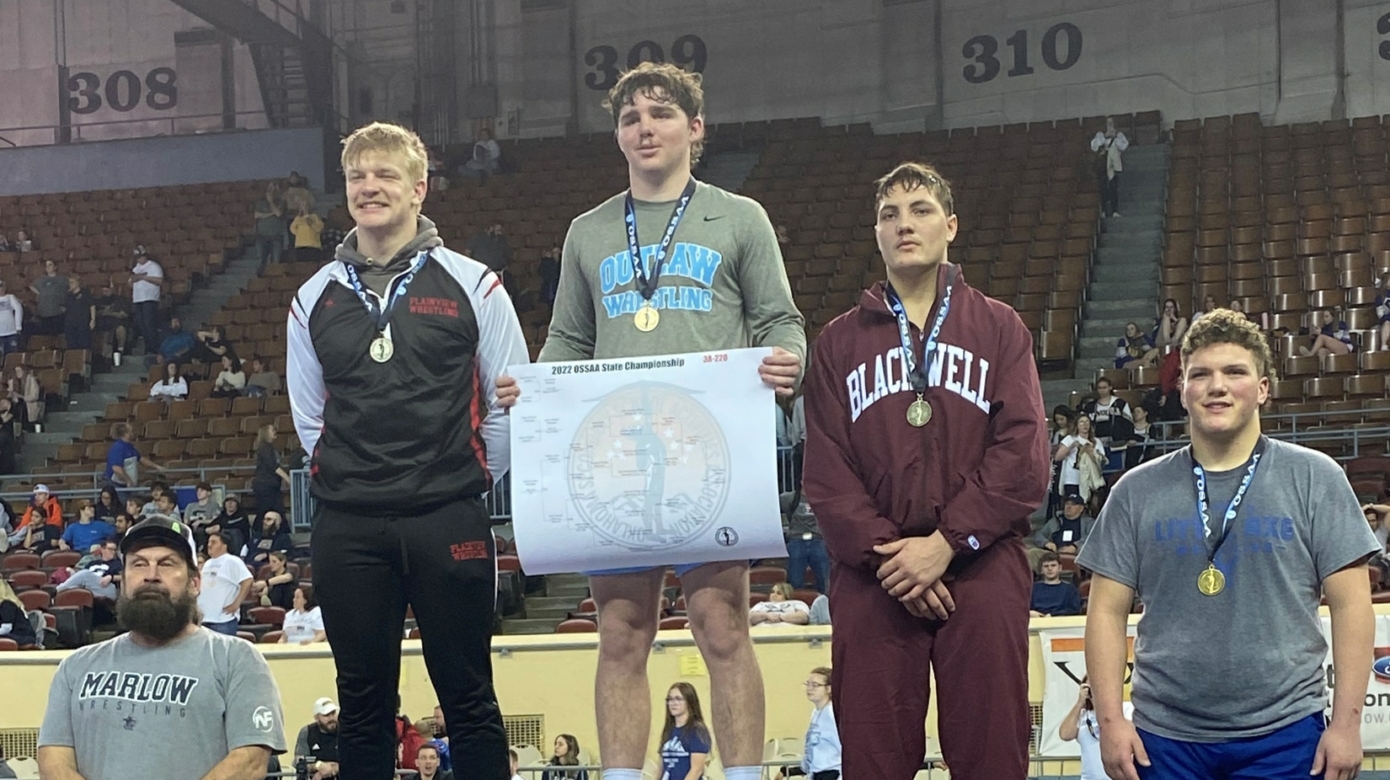 Qualifying for the state tournament is an accomplishment in itself, but for a sophomore to have qualified at the 220 lb. weight class is special, said Rickey Gouley, Lane’s father.

Most of the competitors Lane faced were high school seniors, many 18-19 years old, and with previous state tournament experience. Rickey‘s pride shines as he talks about his son.

To prepare for the tournament, the Rhodd family descendant fit in extra workouts when possible and tried to stay relaxed and focused.

“I hadn’t really done anything differently and just continued to practice,” Lane said. “I just tried to work and prepare like this is any other tournament. I was definitely a little bit nervous, too.”

Lane also relied on his best friend, Chadd Kriz, whom the family calls his “brother” and wrestles in the heavyweight division. Having such a close friend, teammate and support system made a difference, Rickey said.

“The two of them both qualified for state this year,” Rickey said. “Having that person that’s there with you every step of your journey not only makes you better, but it makes your partner better. And we’ve been blessed to be able to have that young man by our side the whole time.”

That support can also include jokes and teasing.

“He is always by my side; he is just like my brother,” Lane said. “He made fun of me a little bit for being the youngest person in my bracket.”

Lane has attended the state tournament before, but this was his first time as a competitor.

“Well, (I’ve attended) the past three years; I think it’s pretty cool,” Lane said. “I’m glad I was be able to do it rather than be a spectator.”

Rickey said his son began preparing for this moment when he started wrestling in elementary school. Lane always writes down his goals, from weekly to monthly to yearly. His goal for 2022 was to qualify and then place in the state tournament.

“It’s all in preparation for your high school and collegiate career, obviously,” he said. “And this is kind of like, it’s all come together.”

Lane has faced challenges, among them being diagnosed with ADHD, Rickey said. Lane has worked hard to maintain his grades so he remains eligible for wrestling. Last year, he had a broken finger in his hand that required surgery and rehabilitation before this season started. Lane also lost his paternal grandfather, who walked on earlier this year. He wrote his grandfather’s initials on athletic tape around his wrist as a reminder of his grandfather’s belief in his abilities.

Overcoming those challenges made this year’s accomplishments even more meaningful, Rickey said. Helping Lane tackle ADHD has provided the Gourley family with a mantra.

“At times, we have to step back, take a deep breath, pause, maybe leave the situation that we’re working on and come back to it,” Rickey said. “I think that’s just life. You may have to take a break (and say), ‘It’s not that serious. Just chill.’”

Rickey said his son hopes to wrestle collegiately. They travel to out-of-state tournaments, both to challenge Lane and to get experience against different opponents. He placed third in a regional competition in Plainview, Texas, earlier this year.

They also work with University of Oklahoma wrestler Justin Thomas. Thomas has conducted clinics at Little Axe High School, and Lane was able to spend extra time with Thomas, improving his strategy and making adjustments.

“We got that extra (time) working with him to tighten up some of the skills, to teach him some things that he was missing and just give him a look from a division one collegiate athlete,” Rickey said.

When Lane is not wrestling or in school, he works two part-time jobs, including refereeing wrestling matches on the weekend. That experience also helped him develop as an athlete.

“It gives him an understanding of the rules,” Rickey said. “He utilizes that in his own matches like, ‘Oh, if I drag my toes, I’m going to score the points rather than lift my toes.’ He wants to learn everything about it.”

Throughout the years, Lane’s family has seen positive changes in his personal development, something his father attributes to wrestling.

“He listens more,” Rickey said. “More ‘Okay, you are the coach, and you’ve been here before. What do I do?’ Whatever choice we go with, he just rolls with it and goes out and does it.”

This mindset works for Lane. One of his highlights this season was defeating a senior in double overtime, Rickey said.

In his downtime, Lane likes to relax with friends and family.

“We like to go to the lake and have a good time,” Lane said. “We also like to play Madden.”

Fishing, camping, bowling with his friends and time to unwind are important, Rickey added.

The family attends the Family Reunion Festival each year, and they spend time at the Cultural Heritage Center to help their children connect with their Potawatomi roots.

Out of everything he has learned, Lane is most interested by the Potawatomi language.

“I learned some of the language, and what (different words mean),” he said. “It was (what) I found most interesting.”

Find more information about the language at potawatomiheritage.com and learn about CPN’s Family Reunion Festival at cpn.news/festival. 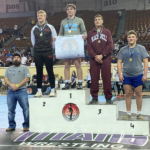 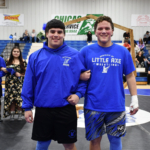