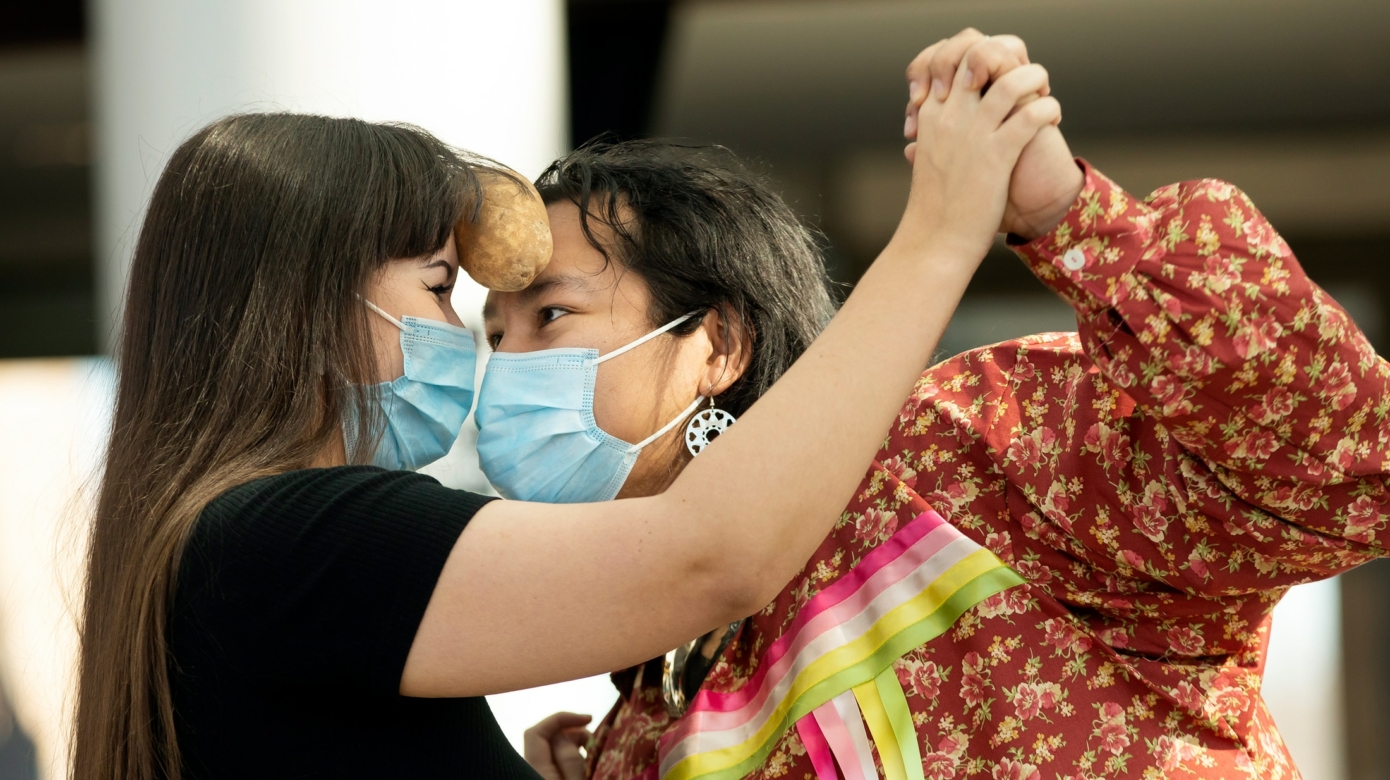 “We’re using it as a humorous way to introduce Native people who might not be as culturally connected to their tribes and non-Native people who may have never been to one of our social dances or social gatherings. … And so I figured, why not? Let’s have it at First Americans Museum,” she said.

Lalli Hills requested a donation of potatoes from Citizen Potawatomi Nation’s FireLake Discount Foods for the event. FDF Director Richard Driskell called it one of the most unusual appeals throughout his more than two decades with the Tribe.

“It was a unique request to have that many potatoes for a dance competition,” he said. “I’ve never heard about that before. It surprises me sometimes, and I’m always learning about Native American traditions and what they do. Learning about the competition and what the potatoes were going to be used for, it was very unique, and I’m glad that we were able to donate to the cause.”

Many powwows use the potato dance to give competitive dancers a break between songs and to provide another social dance for all attendees. Fun, lighthearted and often funny, it requires two competitors to move to the beat with a potato between their foreheads.

“They cannot use their hands, and they have to keep dancing no matter what,” Lalli Hills said. “The emcee can make it harder by introducing new challenges that make it increasingly more difficult — dancing while waving your hands, dancing faster, dancing more vigorously, so on and so forth. Eventually, of course, that potato is going to slip and end up on the ground and be a smashed potato, which then disqualifies you.”

The museum introduced the world championship Valentine’s Day weekend to encourage couples to sign up, but potato dances mostly welcome any two people to participate as a team.

“If your relationship can withstand a potato dance, that bodes well for your future,” Lalli Hills joked.

Eight couples decided to put themselves to the test and signed up, including James (Comanche/Otoe/Pawnee) and Jamie (Arapaho) Yellowfish, who won the potato dance competition at the 2021 Thunderbird Intertribal Powwow.

“We’re hearing our songs, and that’s part of our culture, and it just brings you good feelings,” James said.

Isabella Aiukle Cornell (Choctaw) and her partner Jake Tiger (Seminole) also competed and made matching outfits for the occasion. While it was Tiger’s first potato dance, Cornell had some experience.

“I was younger whenever I did it, but it’s just super fun. It’s kind of hard to stay focused whenever it’s right between your eyes, but we’re hoping for the best,” she said and laughed.

DJ Nymasis and the Thunder Boys drum group provided the music during the competition. The museum welcomed any visitors to sign up. The eight couples danced individually during the first round, and the judges, including music and comedy duo Lil Mike and Funny Bone, evaluated their style and technique.

The museum hosted a fancy dance demonstration in a break between the first and second round. FAM cultural ambassador and event emcee Ace Greenwood (Chickasaw/Cherokee) spoke about the importance of hosting ceremonial, competitive and social dances and their ability to bring Native people together despite a history of assimilation.

“Obviously, this was a tactic. This was something important to Native American people — that family, that community. And so, this is a huge part of what you see here. This a very important part,” he told the crowd.

All participants danced together for round two of the competition to see who could last the longest.

Jordan Poorman Cocker (Kiowa) and Christopher Cote (Osage) won the longest dance, defeating Mary Stimson and Goran Abdullah, a couple visiting from Seattle, Washington, who happened to come to the museum during their trip. Hundreds of spectators watched the two couples follow directions and dance for almost 20 minutes.

“They were looking like professionals,” Abdullah said. “They prepared for that, and we just got here, and our friend said, ‘Let’s join them and do the potato dance.’”

In the end, the Yellowfishes held their winning streak and earned the title of Potato Dance World Champions, earning the most points for their style, technique and time.

While Cornell and Tiger failed to place, they still made memories and participated in a first-of-its-kind event.

“I think it’s really good to bring everyone together and be able to do all these like fun things and different activities, get to know people, and just come out and have a good time,” Cornell said.

CPN and FireLake Discount Foods enjoy bringing the community together as well, and teaming up with a Native-operated organization for Valentine’s Day fun meets their mission.

“We have a slogan that FireLake gives back, and we take that to heart. People shopping with us and patronizing our stores allows us to generate funds that we’re able to give back to the community,” Driskell said.

As for next year, Lalli Hills hopes the museum hosts round two.

“I think this is definitely worthy of an annual event, so we can see if our current champions can keep the title next year,” she said. 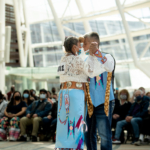 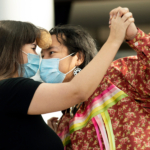 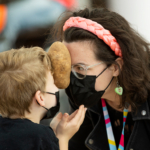