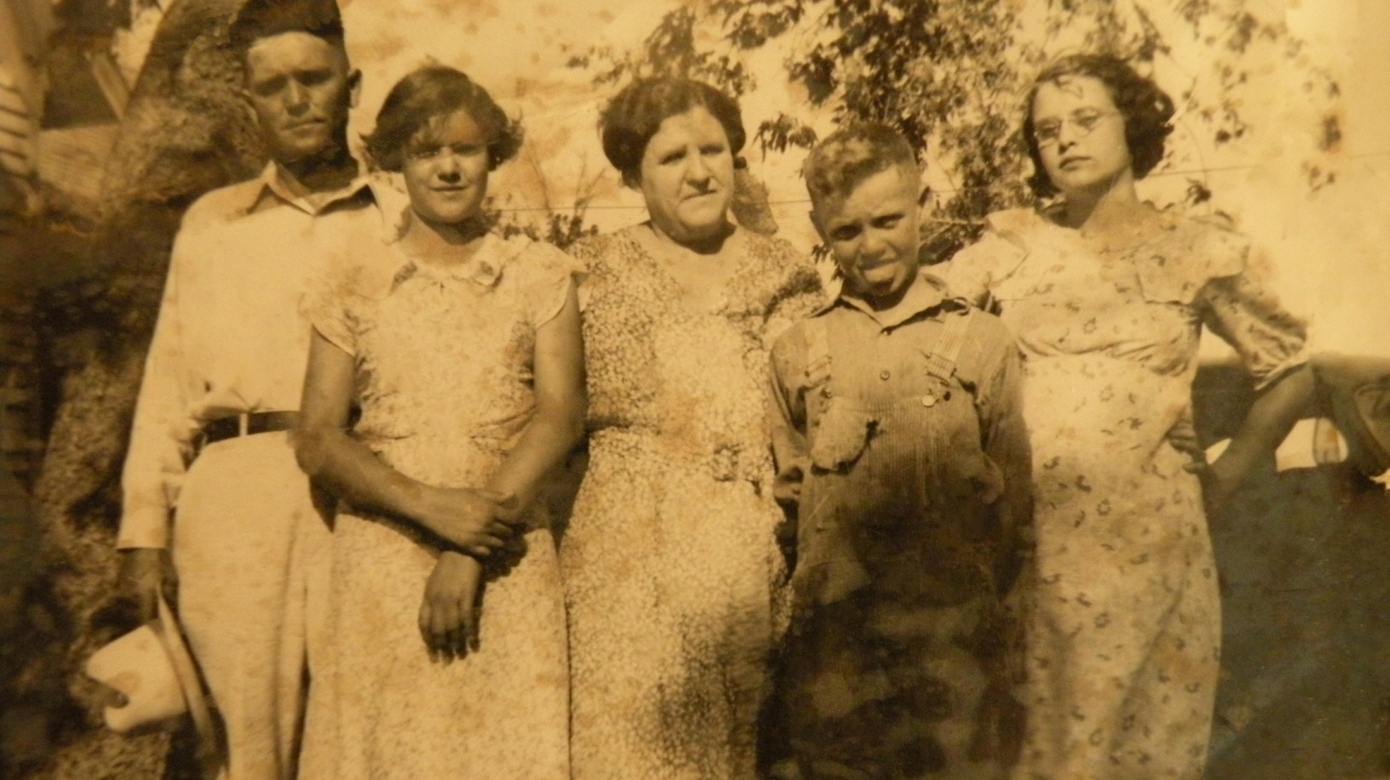 The Peddicords (left to right): Jerry, Mary, Emma, Bud and Ruth, dress up for a family photo.

The Kansas prairie during the 1930s pushed farmers to their limits. The combination of the Great Depression, still the worst economic collapse in U.S. history, and the Dust Bowl droughts resulted in painful sacrifices and restructured agricultural practices throughout the country.

“Having a firsthand source material who can answer your questions from 1934 is a fleeting and brilliant gift. … When I started working on this, (Mary) was 90-some years old, and I thought, ‘Oh, we probably don’t have long to get these questions, to get this help,’” Ross said.

Ross met Prickett through her daughter, Sue Prickett. The two performed theater together in the greater Seattle, Washington, area in the late 1980s and early ‘90s. Ross knew Mary Prickett for nearly three decades before interviewing her for Deep Roots, Tall Sky.

“For some strange reason, I’d known this woman for 25 years, and I was shy to call her up on the phone,” she said. “But once I got over that, it was great because I’d talk to her on the phone, and she and I would talk for like two hours. We would go on and on and on.”

Prickett’s daughter interviewed her as well, which Ross said helped heal both of them. Prickett lived at CPN elder housing in Rossville, Kansas, and Ross visited several times during the five years she worked on the book. Ross described the Bourbonnais family descendant as strong, heroic, funny and fiercely loyal — protective of those she loved and a brilliant friend.

“Telling her story and having it listened to was extremely enlivening for her,” she said.

Ross labeled Deep Roots, Tall Sky as “historical fiction based on fact” and researched the period and the Peddicords while writing. She read countless articles from local newspapers about the area and the family’s happenings.

“I personally feel an obligation as a writer … to present a story as close to what actually happened in a way that a modern person can perceive it and transport and be in that world,” Ross said.

Deep Roots, Tall Sky takes place from January to August 1934, the year Prickett turned 9. In June, Congress authorized the Drought Relief Service to attempt to relieve farmers of some effects of the Great Depression and Dust Bowl.

The government began purchasing cattle and calves in drought-stricken communities, where farmers’ livestock had little to eat or drink. The Peddicord’s farm located on their original Potawatomi allotment land in Kansas still had a running well at the time, but many of the surrounding farms were not as fortunate. The government eventually made its way to their community. Mary Peddicord knew their intentions and set out to save her beloved calf.

“She’s been spying on everybody, and she’s totally focused on what’s going to happen to her little calf,” Ross said. “So she finds out that the calf is in with all the other cattle who were going to be shot. And even though it means going against her father … she steals away in the middle of the night with the calf and hides in a cornfield and saves her calf from this slaughter.”

Ross always felt compelled by the story of a young farmer’s daughter holding on to what she cherished during a time of hardship, however unrealistic.

“You feel that pull in your heart of this little bit of innocence inside this tough, little practical kid is demanding space. It’s demanding to be listened to. And that piece of heart is what makes life worth living,” she said.

According to Ross, Prickett’s childhood remained her favorite period of her life. She remembered living on the farm as a time of closeness and love for her family and their animals.

“I think it was an Eden for her, even with all the troubles, because imagine: you’re a kid, you live on a farm, you’ve got a river, you can go fishing, you’ve got cousins. She had cousins who lived just down the road. She had so much… even though it was a hard time,” Ross said.

“Maybe she had rose-colored glasses about it, but it certainly sounds like Eden to me.”

Prickett’s father, Jerry Peddicord, served in WWI, and she and her sister Ruth joined the Junior Auxiliary of the American Legion. While Prickett told Ross stories about different parts of her life, Ross heard about what she called Prickett’s heroic nature that she inherited from her father.

“She knew what it took to make her world happen, and so she learned that. She exuded that. And part of my struggle as a writer was to realize that the woman that I knew who was 90 years old was the result of what happened when she was 8 and 9, not the person who went through those things when she was 8 and 9. People grow,” Ross said.

Prickett kept her independent nature and always enjoyed living on her family’s farm and original allotment. She eventually left their land to attend college and work.

“During WWII, her sister went off to work in a factory. Her brother went off to join the military, and (Mary) tried working in a factory, but it just seemed stupid to her. And she ended up coming back. … This girl was the one who helped her father run their farm during WWII,” Ross said.

She married an architect, David Prickett, and became what Ross called a “1950s housewife.” Prickett thrived as a homemaker but always sought other ways to be helpful. For years, she volunteered with Topeka, Kansas, organizations that help victims of domestic violence. She always prioritized taking care of her family, and Mary and her daughter Sue talked every day. The chance to discuss Mary’s childhood made their conversations more interesting and meaningful.

“Really being able to look at parts of their lives, Mary’s life in this case, that are only relevant to this moment because of that connection, and because we’re interested, and because it’s part of who she is,” Ross said. “It wouldn’t come up in ordinary conversation — what it was like to pour molasses on straw to make the cattle eat it — but it’s interesting.”

Kim Ross is currently searching for a publisher for Deep Roots, Tall Sky.
Prickett walked on in November 2020 at 95 years old due to complications from COVID-19 but not before she read the first few drafts of Ross’s novel. Read Mary Peddicord Prickett’s obituary in the February 2021 edition of the Hownikan at cpn.news/hownikan2021. 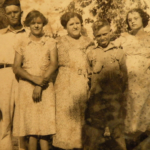 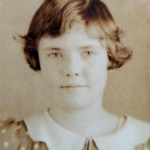 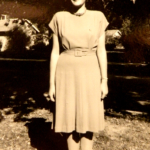 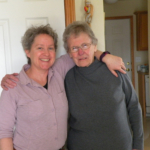