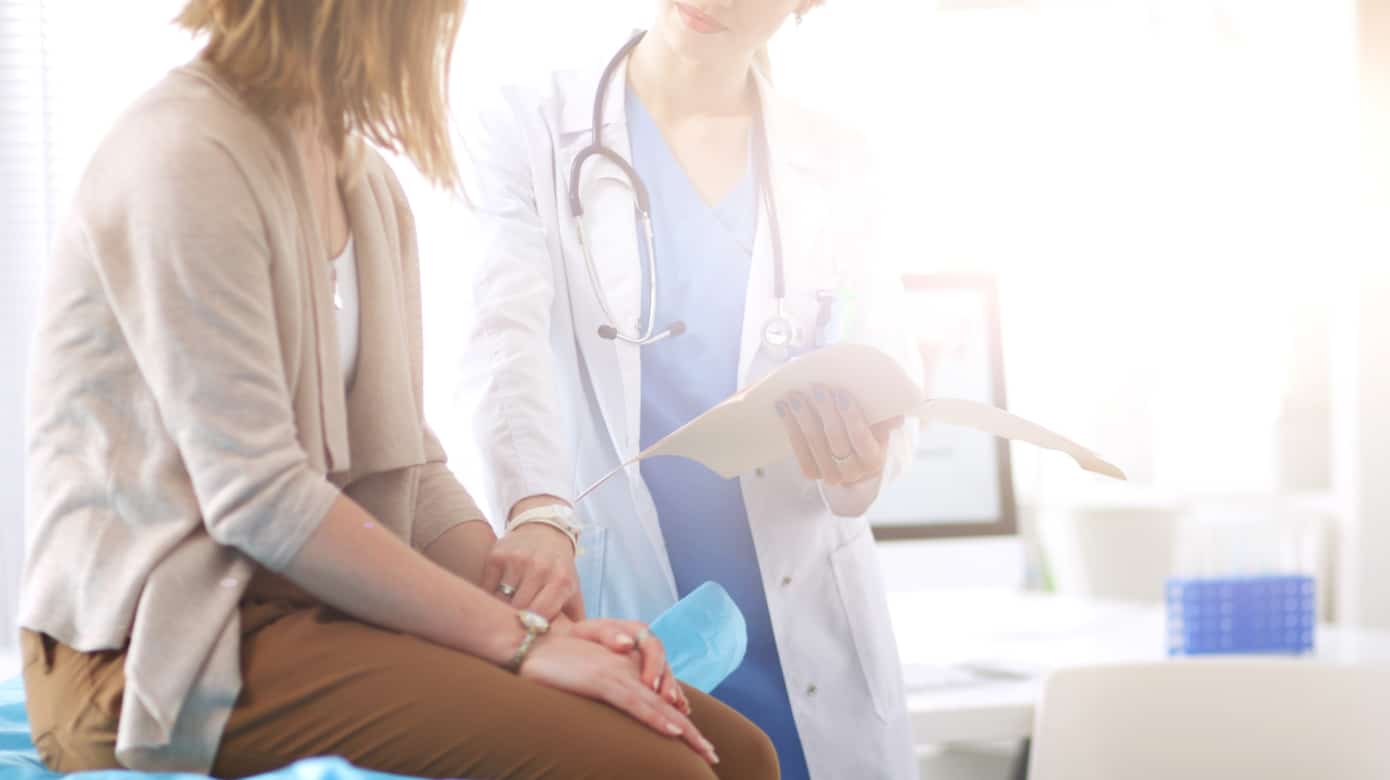 There were 24,950 individuals enrolled in Medicaid in Pottawatomie County as of October 2021, according to the Oklahoma Health Care Authority. Of those individuals, 12,489 are children. To date, about 33,000 Native Americans in Oklahoma have enrolled, the OHCA report said.

Yvonne Myers, ACA/Medicaid Consultant for CPN Health Services, said the newly formed insurance and benefits department is creating infrastructure so Tribal members can be assessed for alternative benefits such as Medicaid, Medicare or income savings programs.

Currently, more than 1,000 CPN patients are enrolled in Medicaid, which is more than double the average number enrolled before expansion. CPN expects this number will climb significantly in the future, Myers said.

The state ballot measure passed by only about 6,000 votes in 2020, something Myers attributes to people having little understanding of how beneficial expansion would be, and the opposition’s efforts to equate expansion with the possibility of increased taxes.

“What voters didn’t realize is this was health care for our most vulnerable population that had not had access to care,” Myers said. “The state saw it in a negative light, rather than taking a look at what Medicaid expansion could mean for our state and saying for 10 cents on the dollar, we can cover the uninsured population of Oklahoma that meet the criteria and hopefully get them in a better health status and truly make Oklahoma a top 10 state.”

The American Rescue Plan included a financial bonus for states that expanded their programs and Oklahoma was the first to qualify, according to an Associated Press report. States received a two-year, 5 percentage point bump in federal matching funds for their regular Medicaid programs. This is in addition to a 90 percent federal match for the costs of covering the newly insured through the expansion. The bonus could add up to $786 million for Oklahoma, and potentially expand even further the number of Oklahomans who will receive coverage, the AP reported.

These changes have allowed CPN to partner with the U.S. Department of Health and Human Services to share costs. The federal government covers 100 percent of cost for services provided through hospitals and clinics under the direction of the U.S. Indian Health Services, Tribal and urban Indian clinics.

Myers said she’s talked to Tribal members who are relieved their entire family can be covered through Medicaid. Some families have struggled to navigate both tribal and non-Native health care systems, each with its own regulations.

“If you’re a Tribal member, you can at least come access services through Tribal clinics and IHS clinics that you have available,” she said. “But depending on what service area you’re living in, if you need outside referrals, they may not be approved because of limited funding so many service areas only approved life and limb issues. And then you have families that are a mixture of Native and non-Native members. And so, your Native members had an opportunity to come to the clinic, but the non-Natives did not.”

Myers hopes more patients will contact CPNHS about qualifying for coverage under Medicaid expansion. Statewide promotional and educational efforts may have been hampered while Oklahoma officials wrestled with how to implement its planned managed care model.

Oklahoma officials were reluctant to perform state-wide promotion and outreach because they wanted to save those efforts for a managed care model, she added.

“We were still successful in enrolling patients in spite of that, but we would have liked to have had more outreach and education to the entire state population to make them aware and understand what they now qualified for,” Myers said.

With so much of Oklahoma’s population in rural areas, providing services to CPN patients spread across a large area can be a challenge, but Myers said Medicaid expansion has helped CPNHS reach out.

“If you are Native, you might not live in an area where there are Tribal facilities readily available; if you enroll in Medicaid, you can go see a local non-Tribal provider and not have to travel as far. So access to care has been enhanced through a broader provider network. Patients are still, of course, welcome to visit any of our IHS or Tribal facilities, but it just enhanced access to care for our patients,” she said.

Myers has talked to patients who shared that Medicaid expansion has already had a positive impact on their lives.

“I’ve had people on the phone in tears with me that talked about, ‘My husband’s never been able to afford to be seen. He needs a shoulder surgery and we didn’t have insurance. And now he can go in and actually be seen?’ And it’s like, ‘Yes, you can.’ And so that’s happening all over the state of Oklahoma, as well as for the V.A.,” she said.

Myers also acts as the liaison to the OHCA, which administers Medicaid on the state level. She said CPNHS and OHCA have a long history of working cooperatively on policy, which made the Medicaid expansion easier.

Apply for Medicaid at mysoonercare.org or by phone at 800-987-7767. Benefits specialists at the CPN clinics are also available to assist with enrollment. If an applicant’s income is too high for eligibility under Medicaid expansion, they can also complete an application for a marketplace plan at healthcare.gov.