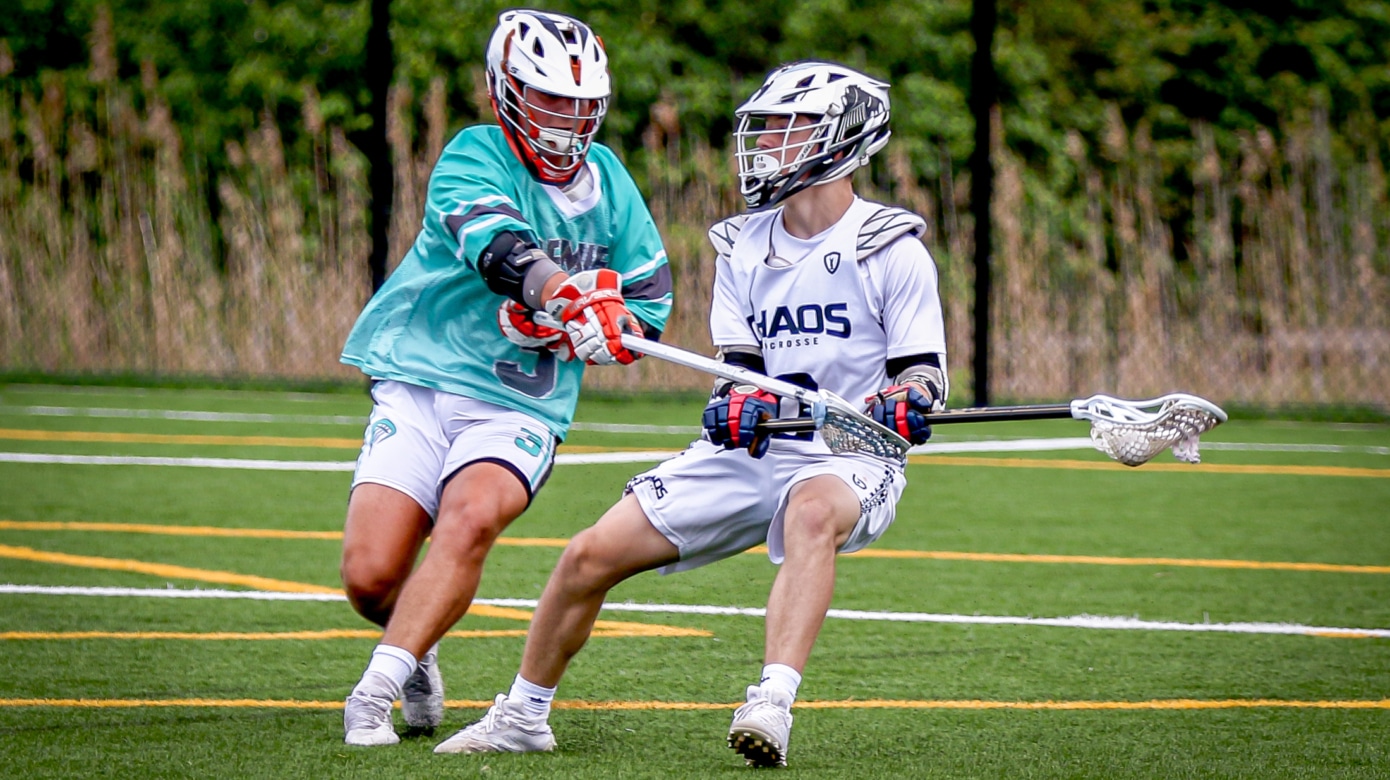 Peltier (right) carries on the Potawatomi tradition of playing pegnegewen at a tournament in Chicago, Illinois. (Photo by Brian York)

Popular in the Mid-Atlantic in the latter half of the 20th century as both a recreational and professional sport, lacrosse continued to spread across the United States throughout the last 20 years. However, many tribes across Turtle Island have played a version of lacrosse — or stickball — for centuries.

Most popular with Indigenous communities east of the Mississippi River, stickball — or pegnegewen in Potawatomi — was sometimes played on fields up to a mile long. Games lasted a few hours to an entire day, and players scored points on the ability to hit the goal post with the ball or cross the goal line. Modern lacrosse techniques mimic the many variations of the game from different tribes.

In November, the Warrior Diamond National Showcase All-Star team selected Citizen Potawatomi Nation member Chase Peltier to participate in a weekend-long tournament in Baltimore, Maryland, to exhibit his skills for college recruiters from across the country. The 16-year-old Peltier descendant recently spoke with the Hownikan about his experience with the game and time in Baltimore.

How long have you been playing lacrosse?

“I started playing lacrosse when I was 5 years old with my older brother in the yard and wherever we could find a field. I joined a rec team in second grade and have been playing ever since.”

Why did you choose to play lacrosse?

“My brother and I played baseball, flag football and basketball and became interested in lacrosse because it looked fun and was more of a contact sport. Our Grandpa Kenneth didn’t want us to play tackle football either. We learned that lacrosse was a Native sport played by Potawatomi people, which made me want to play even more.”

How are players selected for the Warrior Diamond National Showcase All-Star team?

“Hundreds of high school players from around the country submit their highlight video and player stats to be selected for the showcase. If you’re invited, then you get to go to Baltimore to play in a few showcase games with the other players selected on a team coached by college coaches. After the games, the college coaches select an All-Star team for the showcase.”

How did you find out about making the team?

“I got an email from the Warrior Diamond Showcase Director congratulating me and letting me know I was officially selected. I was really excited when I saw the invitation.”

Was making the team a goal for you?

“I always play my best and give my best effort no matter where I’m playing, but it’s cool to be noticed and recognized sometimes.”

Who else was on the all-star team?

“There were 20 All-Star players selected. I was the only player that wasn’t from the East Coast. I was one of only four sophomores selected to the team; the other 16 players were juniors.”

Is there any connection between lacrosse and your Potawatomi heritage for you?

“Definitely. The Native stickball roots of lacrosse goes back hundreds of years (for several) Tribes, including Potawatomi. It’s an exciting sport with a lot of meaning to me.”

What team do you play on at home in Oklahoma?

“In the spring, I play with Capital City United in OKC. In the summer and fall, I play with Impulse Lacrosse, which is coached by professional lacrosse players Callum Crawford and Ryan Fournier.”

What comes next for you and your lacrosse career?

“It’s an honor for me to say that I made the Warrior Diamond National All-Star team. I’ll add it to my resume, and hopefully, it will get the attention of some college coaches. My goal is to be a student-athlete in college playing lacrosse.”

Read more about the history of lacrosse at cpn.news/lacrosse. 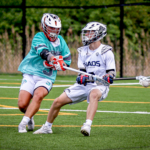 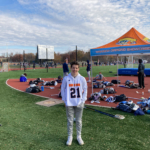