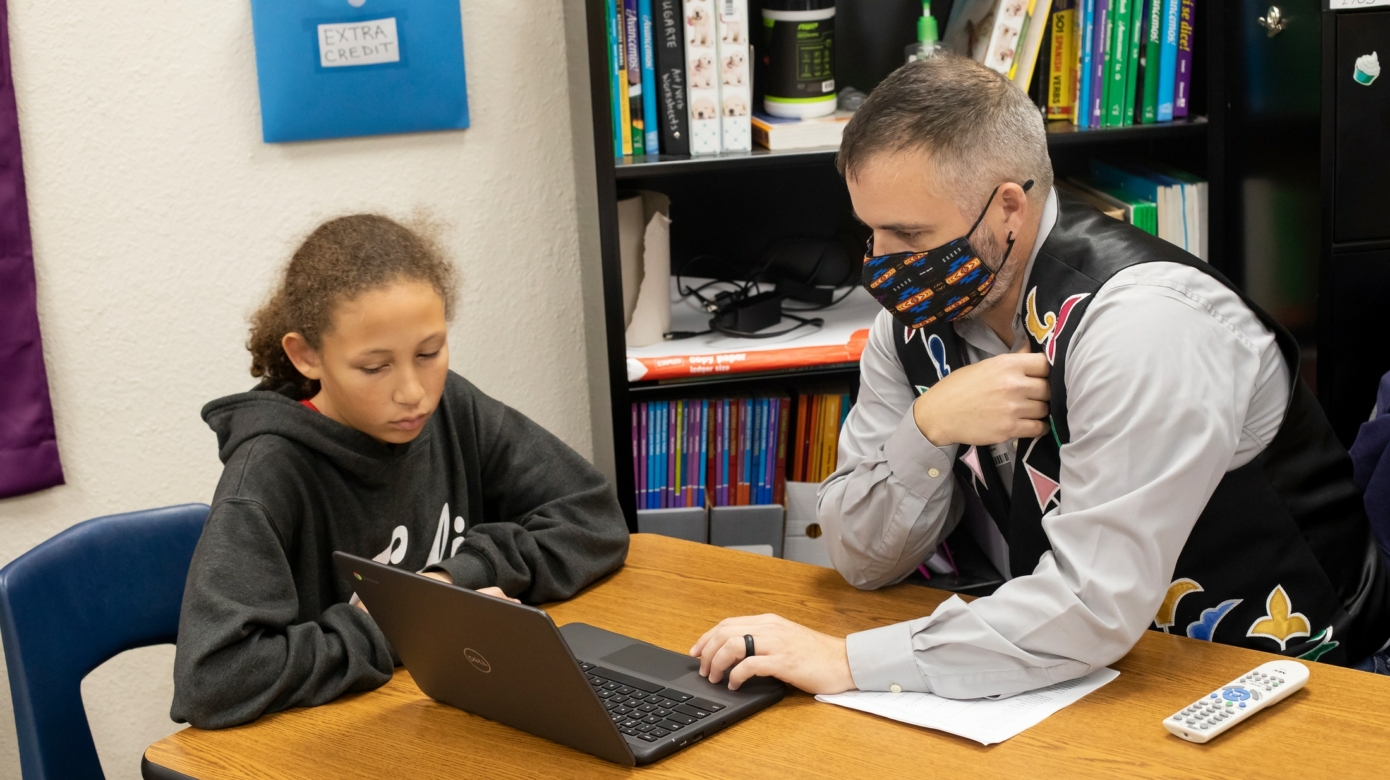 The department expanded to Shawnee Middle School in 2021. At the beginning of the academic year, it presented sixth graders the option to take Potawatomi as a 9-week elective course.

“It’s unique because it’s the first time we’ve been able to reach the secondary level to be in the middle school,” said CPN Language Department Director Justin Neely.

Last summer, the district had difficulty hiring a Spanish teacher for the same age group. When time ran short, and with no language course, staff approached Neely and CPN about providing something new to their students. The language department took on the task of putting together curriculum in only a few weeks.

The course combines some aspects of the high school course with other content created for elementary-aged students. The lessons serve as an introduction to Bodéwadmimwen and CPN culture.

“They don’t get into too much conjugation or large verbal patterns or anything like that. But they definitely have a sampling of things like animal terms and weather terminologies and numbers and basic, common words and things,” Neely said.

Students enjoy playing flashcards and matching games, watching videos and listening to audio dictation. The digital course costs the school nothing, only requiring computers or tablets and someone to monitor participation. So far, Shawnee Middle School averages 20 students per Potawatomi language class and reaches more than 160 throughout the year.

“We have a lot of Potawatomi that are in school in Shawnee, and I think it’s nice to be able to offer one of the local languages from the communities around here to the kids. … What better language to offer than ours? I’m happy that we’re given that opportunity,” Neely said.

However, he also believes Indigenous students from other tribes and non-Native students gain experience while taking the course.

“They learn a little bit of culture … that may actually open up their own interest within their (tribal) culture as well. Or educate (students) that are non-Native to be a little more understanding or knowledgeable about the people that are right here that have been here for a very long time — since before Oklahoma was a state. And I think that’s definitely a positive thing,” Neely said.

The department hopes to continue bridging the gap between teaching elementary school students in its after-school program and high schoolers, especially in districts that already carry Bodéwadmimwen.

“Once you develop something like this, it’s now something that we can use with any middle school, really. Just like with the high school course, it’s a self-paced type thing. They can then pick this up in a different middle school if they wanted to and offer it as an elective or as an introductory type course,” Neely said.

The State of Oklahoma accredited Neely to offer a world language credit, meaning any public school district in the state can carry it. The next step requires approval from an individual district’s school board before it becomes an option for students.

“I just hope that people will take advantage of the numerous resources that we have available to learn the language, whether they have students that are of the age that could take some of these courses or also that folks will reach out to their own school districts because sometimes that’s all it takes,” Neely said. 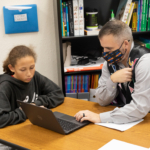 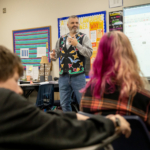