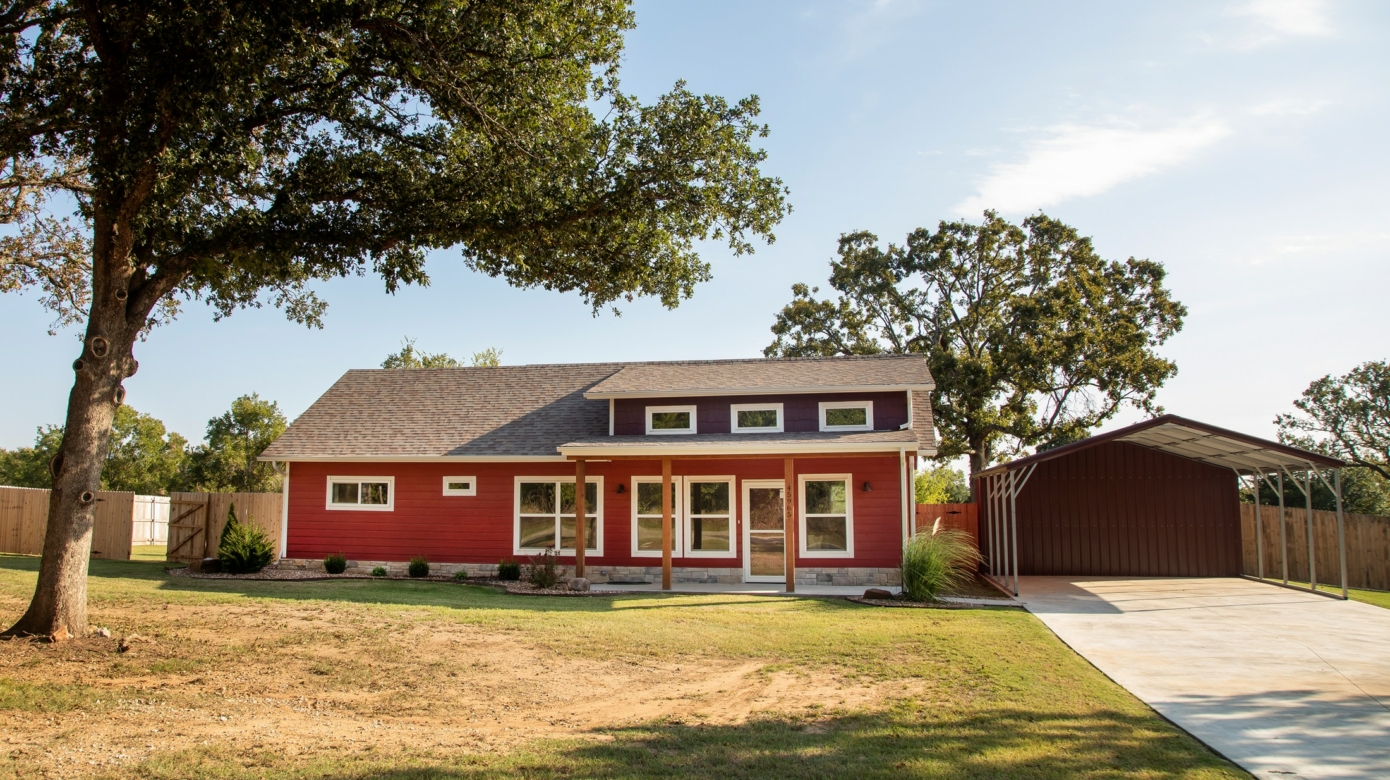 The Citizen Potawatomi Nation Housing Department began developing a new program to help those on the cusp of homeownership achieve their goals.

They constructed a lease with option-to-purchase plan, contingent on the tenants’ participation in a credit improvement program with the Citizen Potawatomi Community Development Corporation.

“It creates a mechanism or a way for an individual that is driven towards homeownership to get all their ducks in a row, get everything there in place. So I think the concept is good,” said CPN Housing Department Director Scott George.

At the end of a three-year leasing period with the housing department, the option to own the home becomes available with the rent previously paid applied to the cost of the house. The lease payments generally match those of a mortgage, with taxes and insurance paid from them as well. If prepared to purchase within the timeframe, the lessee may also qualify for a $20,000 buy-down grant toward the mortgage.

Interest in the program remains steady, with several families moving into the new houses built for this purpose. However, the department continues to look for additional applicants.

“You don’t have the full picture, but the program is going to be full of a lot of education and counseling,” said homeownership manager Sherry Byers. “I would say somebody that that’s their goal in the near future, especially if they want to live within the jurisdiction of the Tribe,” is an ideal candidate.

Byers and George name the dwellings’ energy efficiency as one of their most attractive features and a reason to invest. Solar panels power these fully electric homes, meaning significant savings on monthly bills. Spray foam insulation helps reduce electric costs as well.

“Nobody’s really building homes like that,” George said. “We have contact with other builders, and it’s more about turning them over than it is giving you something that’s quality. … They don’t even put them in a small house.”

Families began moving in at the beginning of this year, and Byers noticed the features’ worth since then.

“Their bills were very affordable, especially with it being total electric,” she said. “So those solar panels are really working for them. So in turn, that helps them financially because there’s a lot less of a utility payment there.”

The Tribe built the houses in a developing area on a quiet, family-friendly street. George and Byers see the neighboring children playing and enjoying their brand new bedrooms and feel the participants’ satisfaction in their home.

“You can go drive down through there, and they’ve all got their little yard ornaments … that they’ve already put that has their name on it and things like that. So they’ve taken a lot of pride in that part of it,” George said.

Since the Department of Housing and Urban Development funds the program, applicants must meet the HUD low-income limit — 80 percent of the national median income limits — determined by the household’s size. The program is open to citizens of federally-recognized tribes within the Nation’s jurisdiction, with CPN members given preference.

“It’s been a sort of a learning process to start from a concept, even though it’s not nothing new. I mean, those concepts have been out there forever. But the way we set it up and had to start from scratch … it was a little different,” George said.

He and Byers encourage Tribal members and those applying to think of it as a chance for financial growth and real estate investment in a growing area of Pottawatomie County.

“The program is also a good way to find out where you’re at in this process if you’re even thinking about it. Because you go down to the CPCDC, and they review all your credit with you and say, ‘OK, your credit is pretty good, but your husband or wife here needs to work on their credit if you’re going to buy this together,’ which most people have to buy together,” George said.

While the pandemic turned the housing market on its head, this opportunity to lease with the option to purchase removes some uncertainty while maintaining affordable financing.

“This is the time to get into one of these while the opportunity is good. Even though we can’t lock in the interest rates three years from now, it’s still really low,” George said.

Byers agreed and said, “Affordable and energy-efficient — they’re not just going to be able to go out on the open market and be able to afford a house like that.”

To learn more about CPN housing programs, visit cpn.news/housing. Watch a video presentation about the lease with option-to-purchase program at cpn.news/leasevid. Read about the Housing and Urban Development income limits at cpn.news/HUDlimits. Call the CPN Housing Department at 405-273-2833.