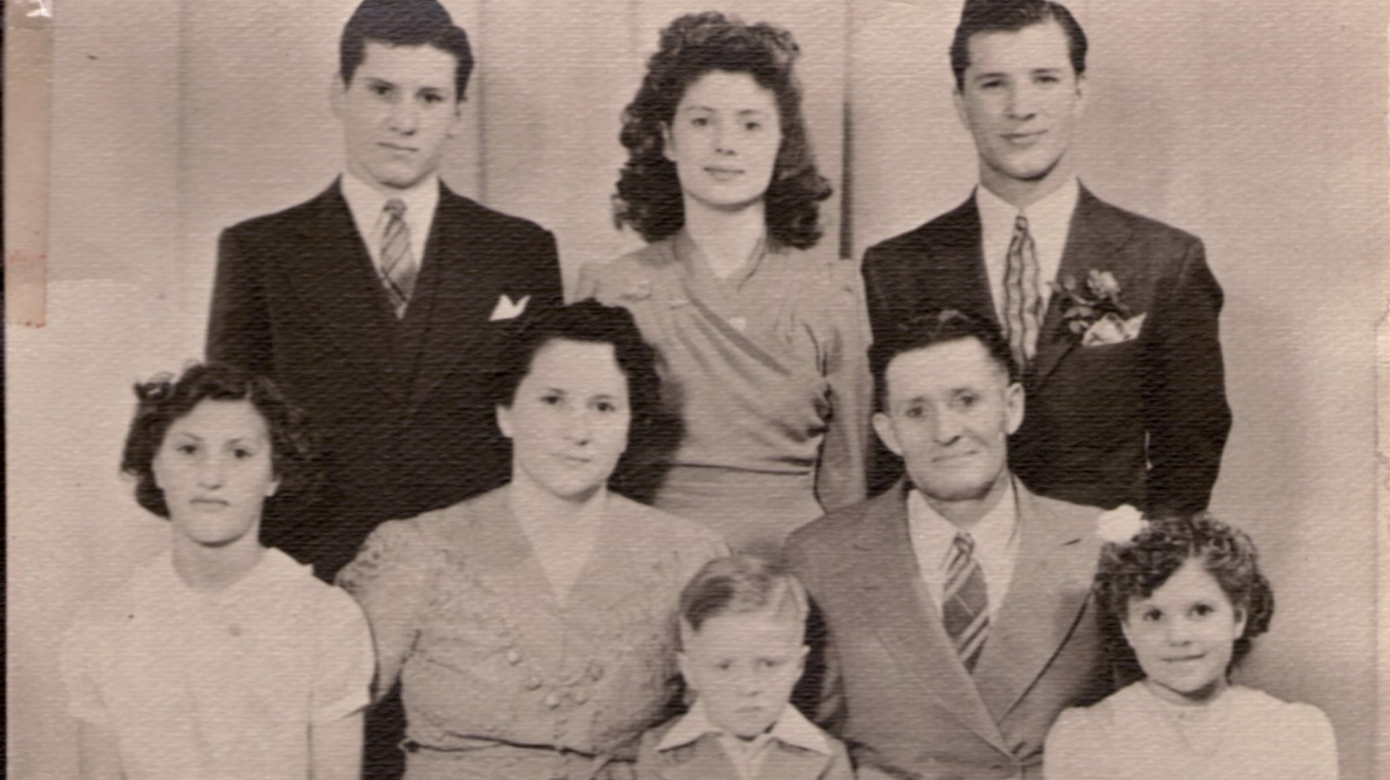 Mary Ann Hurd was born Sept. 30, 1871, in Kansas to Mary Elizabeth Wilmette and John Hurd. Mary Ann was the granddaughter of Wa-wiet-mo-qua and Louis Wilmette. Louis was the son of Antoine Wilmette and Archange Wilmette, known as some of the earliest residents of present-day Chicago, Illinois.

Mary Ann Hurd and Alexander Crumbo — also spelled Krumpe and Krumpol, among other variations — married in 1888. Alexander was the son of John Henry Crumbo, a German stonemason who settled with his family in Indiana.

Amelia married Walter Daniels in 1909, and they moved to his home state of Utah. Walter was a citizen of the Ute Tribe, and they raised six children: Sylvia Wanda, Lola Christine, Vincent Budger, Phyllis Hazel, Martin Stanley and Geneva Mary.

John Henry passed away as an infant. On Dec. 28, 1917, Herman married Mentora Daniels, sister to Amelia’s husband, Walter. Herman and Mentora had four children: Irving, Daniel, Rose Lee and Hallie (Hal). Hal retired from the military as a lieutenant commander, serving in the Navy during World War II and the Korean War.

Albert married Ruby Gormsby on Oct. 26, 1914, in Utah. They had three children, Bonnie May who passed away at the age of 2, Jeanne Marie and Shirley Lynne. Albert owned Crumbo Motor in Roosevelt, Utah, where he passed away in 1987.

Jessie Belle and Wilbert Monroe Jeffrey wed during the summer of 1929 in Sand Springs, Oklahoma, and they had two children, Wilber E. and Monroe.

Mary Ann and Alexander’s youngest son Woody became an orphan at the age of 7. According to family accounts, the Crumbo children had moved away to establish careers and families of their own, making it impossible for him to continue living on the family’s allotment. He moved in with his sister Phoebe Gragg in Sand Springs for some time and lived among other Native American families and communities throughout his youth. Woody attended Chilocco Indian School where he received punishment for “talking Indian” and embracing Native American heritage and culture, eventually leaving the school and its attempt to force assimilation and cultural genocide behind.

Woody then attended the American Indian Institute in Wichita, Kansas, where his artistic interest grew. While there, he met Susie Peters, who had a profound impact on his career. From 1933 to 1936, he studied at Wichita University — now Wichita State University — and began gaining notoriety for his work. He honed his craft even more as a student at the University of Oklahoma, learning from Oscar B. Jacobson who helped other Native American artists become successful. Afterward, Woody became the art director at Bacone College in Muskogee.

In 1941, Woody married Lillian Hoge,a Muscogee citizen, under a tree on Bacone’s campus. From their marriage, they had two children: Minisa and Woody Max.

Continuing the family legacy, Minisa has established a career as an artist as well as a filmmaker, writer and photographer. Find more information on Minisa and details on her work at minisacrumbo.com. 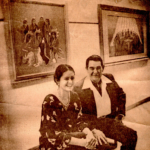 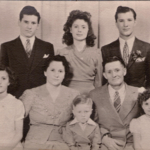 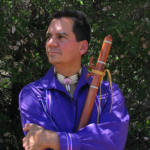