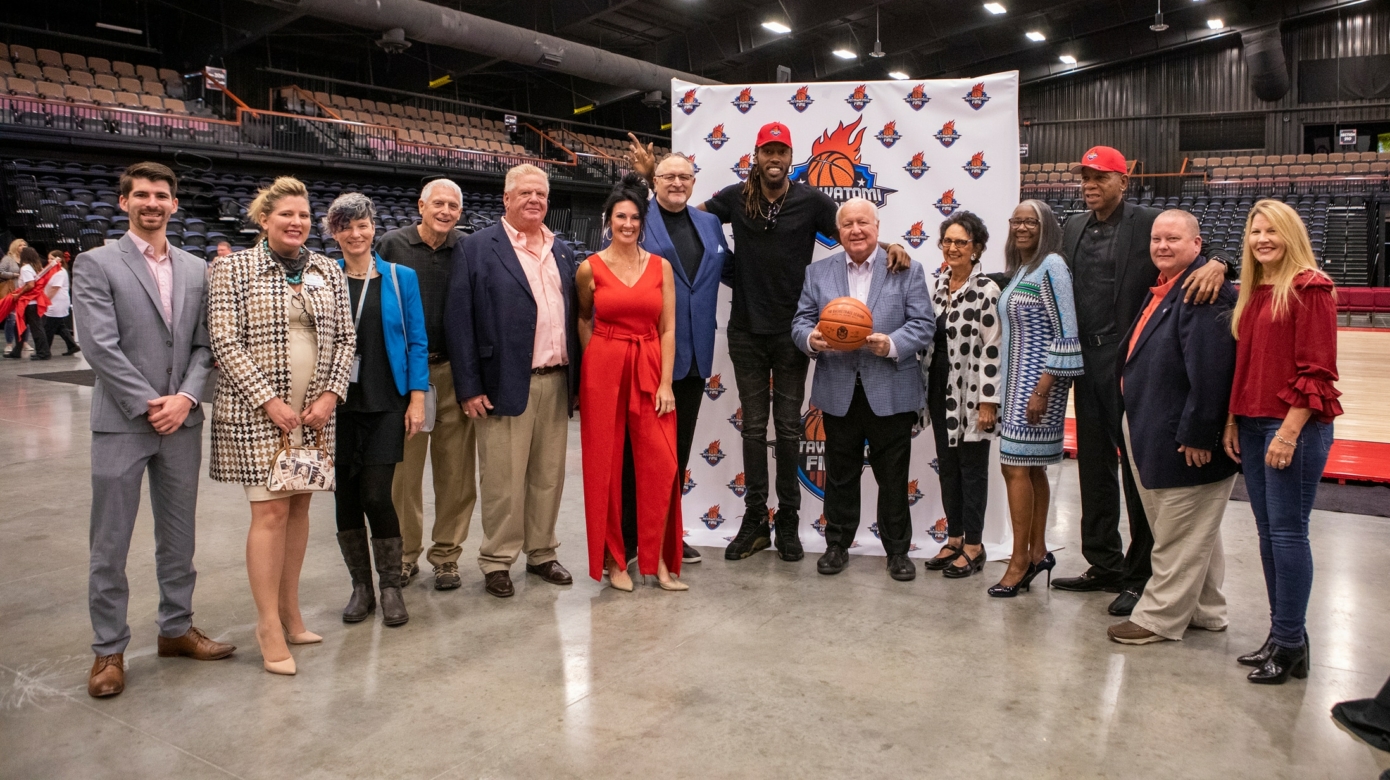 Citizen Potawatomi Nation becomes the first tribe in the United States to own a basketball team through an agreement with The Basketball League.

Professional basketball is coming to Shawnee in 2022 with the debut of the Potawatomi Fire. The team, owned by the Citizen Potawatomi Nation and a member of The Basketball League, will play at FireLake Arena.

This is the first time an Oklahoma tribe has owned a professional sports team. CPN’s FireLake Arena will be the Fire’s home court.

“We are very excited to bring professional sports to Shawnee,” said John “Rocky” Barrett, CPN Tribal Chairman. “The families and sports fans who live in the area deserve high-quality, affordable entertainment, and we are sure the community will come out to support their team.”

“The Potawatomi Fire will bring jobs, advertising and entertainment dollars to Shawnee, and we see the long-term prospects for this enterprise to be very bright. This team will also serve as an avenue for aspiring professional basketball players who do not get in through the NBA draft.”

“We will offer great value for basketball fans and families looking for a fun evening. We fully understand the league’s vision for impacting the community and knowing the love of basketball this area of Oklahoma has, the decision was an easy one,” he said.

FireLake Arena seats more than 3,000 fans. The Fire’s schedule will include 12 home games, plus pre-season and potential playoff games. The team will play on a professional maple wood court.

TBL offers former college and NBA players a chance to continue their careers in the United States. The Enid Outlaws, Oklahoma’s only other TBL team, won the 2021 TBL championship.

Derrick Rowland will serve as head coach of the Fire. A former State University of New York at Potsdam star and NBA player, Rowland most recently coached the Albany Patroons to the 2019 TBL championship.

“I am excited to lead this new team into the TBL. Fans are going to love this brand of basketball. The players who will fill the Potawatomi Fire roster are young men who live and breathe basketball, and that passion will show through every night we play,” Rowland said.

TBL, entering its fifth season, provides basketball players the opportunity to make a living playing the game they love, with a focus on community and positively impacting lives through school visits and clinics focusing on more than basketball.

In addition to Enid, other TBL teams in the region include Texas franchises in Dallas, Rockwall, Houston, Beaumont and Waco.