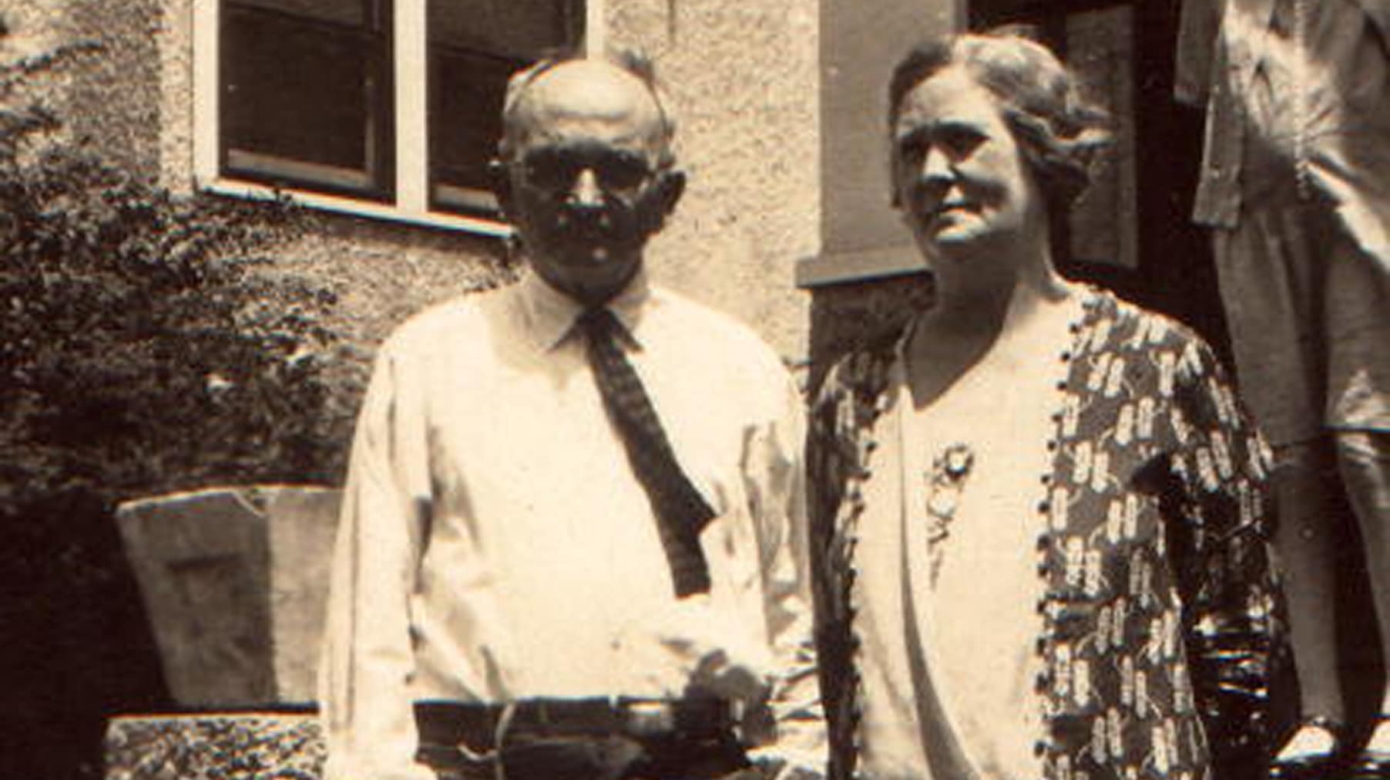 Ben and May Clardy

Isabella Anastasia Bertrand, born in Bertrand, Michigan, on April 11, 1837, was the daughter of Joseph Bertrand Jr. and Elizabeth Jackson. The Bertrands were a prominent Potawatomi trade family in the Great Lakes region. Isabella married Joshua E. Clardy in 1859 at St. Mary’s Mission on the Potawatomi reservation in Kansas.

Through the Treaty of 1861, the Clardy family decided to obtain a parcel of land in Kansas and the chance to become U.S. citizens. Although the treaty included provisions for the Potawatomi to receive farm equipment and a grace period on taxes, the federal government did not uphold the agreements. Many Potawatomi lost their lands to the inability to pay taxes or successfully establish agricultural endeavors. This prompted the Tribe to sign a second treaty in 1867 that provided the ability to purchase a new reservation in present-day Oklahoma.

According to family records, “Joshua E. Clardy, also known as ‘Judge’ Clardy, was with his family one of the first settlers of Potawatomi County, Oklahoma.”

The Shawnee News-Star’s 2013 magazine titled Our Native Traditions said, “Fourteen wagons filled with supplies and eager, yet anxious, Citizen Potawatomi set out for their new homes in Indian Territory with little idea about what they would encounter and how they would succeed in supporting their families. The obvious challenges of living in a state that was hostile to its Indian population, like Kansas was, induced some to move. It also motivated them to stick together in their new homes. Most of these earliest arrivals settled together in a small community they called Pleasant Prairie near the center of the reservation.”

At the same time, Joshua operated a trading post on his allotment.

Although few resources existed in the newly-settled Potawatomi reservation, Joshua believed educating Potawatomi children was important. According to The Chronicles of Oklahoma, “On March 23, 1875, J. E. Clardy, delegate of the Citizen of Potawatomi wrote a letter to the Commissioner of Indian Affairs requesting that a portion of the funds set aside by the Indian Appropriation Bill, approved June 22, 1874, for educational purpose be given to these Indians who were destitute of educational funds.”

Because of his efforts, construction completed on a school near Clardyville on Dec. 18, 1875, totaling $1,719. Due to the materials used, many referred to it as the “Stone School House.” William Brown served as the teacher for $50 per month.

According to an article published in the Shawnee News-Star in 1997 titled Small county town moved many times, “In 1876 it had an enrollment of 103 students. It closed after only one year.”

Clardyville became known as Oberlin on April 25, 1876, and changed once more to Wagoza on July 18, 1881. The school’s roof was then used to help construct the town’s dance hall.

After a near-fatal attack at his store, Joshua and family returned to the safety of Kansas where he built a strong reputation in the newspaper industry. He owned and operated Pottawatomie Chief out of St. Marys and The Kansas Agriculturist in Wamego.

William followed in his father’s footsteps and helped with the family printing companies in Kansas. Eventually he returned to Indian Territory though. In 1887, he had a business at Sacred Heart, and in 1890, moved to Purcell where he served as the community’s postmaster beginning in 1894.

Albert married Rose Marie Burt and found a career in the oil industry, which eventually took him to the Texas panhandle, according to family records.

Annie married William Boyer in 1886, and they had one child, William Francis Boyer, in 1887. William served as a deputy United States marshal, and before her passing in 1958, Annie was the eldest member of Our Lady of Victory Catholic Church in Purcell.

Carrie B. married a pharmacist named W. H. Collister and eventually became a city welfare investigator in Kansas City. She passed away in 1958 at the age of 86.

Benjamin represented the Tribe at the Oklahoma Territorial Legislature. Family oral records indicate Benjamin and wife Mae Clardy operated a boarding house in Shawnee, and he helped charter the Pottawatomie County Historical Society. He also became active in the Tribe, serving on the business committee for numerous years. Prior to the Bureau of Indian Affairs approving Benjamin’s business committee position, he said that he was “an abstainer to the use of intoxicants and tobacco; owns a good home; had a high school education; has been fifteen years in the insurance business, … and fifteen or sixteen years speculating in real estate, with an average income of $100 per month.”

During Benjamin’s time in Tribal leadership, he helped represent the Nation in Washington D.C., fighting for Citizen Potawatomi rights.

Joshua and Isabella Clardy’s descendants continue the family tradition of creativity, ingenuity and service to the Tribe. 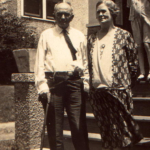