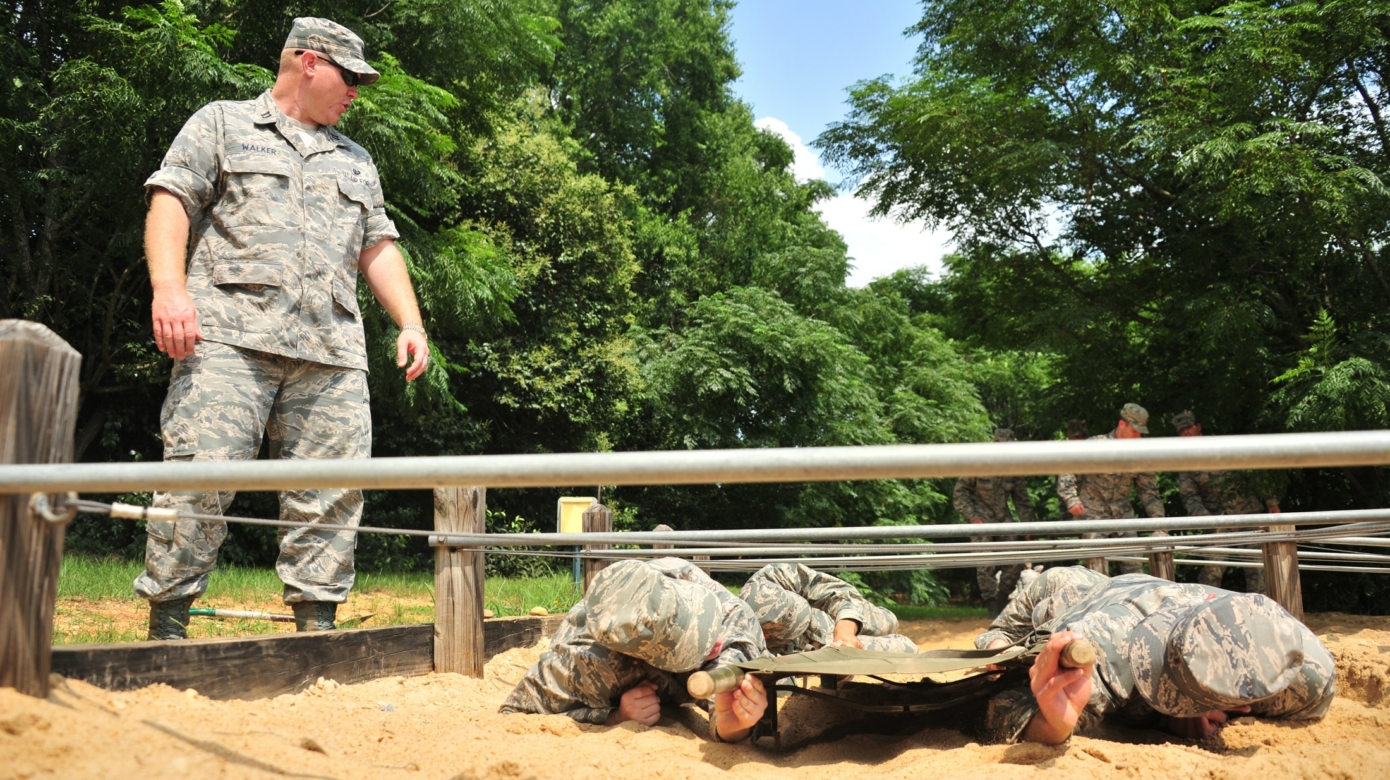 Veteran and Citizen Potawatomi Nation tribal member Brian Walker completed a potential Texas first when his father Judge Scott Walker swore him in as a Justice on the Court of Appeals for the Second District of Texas during the January 2021 investiture.

“It was somewhat historic,” Walker said.

“Having my dad do the honors was definitely one of the greatest experiences of my life, and it’s something I will remember for the rest of my life.”

Walker’s father, and fellow CPN member, worked almost two decades as an attorney before becoming a judge on the supreme criminal court in Texas, the Texas Court of Criminal Appeals. Seeing his father’s impact on his clients’ lives during his time as a practicing attorney encouraged Walker to pursue a career in the legal field.

“I went to law school and kind of followed in his footsteps,” Walker said.

Since receiving a degree from the University of Houston Law School in 2003, Walker served in the Air Force Reserves for nine years and has operated his own firm in the Dallas-Fort Worth metroplex with a focus on assisting fellow veterans.

“Then I had seen what my father had done working as an appellate judge — and I had an appellate practice — and I thought, ‘I would actually really enjoy doing that work,’” he said.

Wanting to expand his commitment to public service, Walker decided to vie for a position on the Second Court of Appeals in 2020.

Running for office amidst a global pandemic revealed new, unexpected challenges, but Walker persisted. He fell back on the skills he received from running for the Texas House of Representatives in 2008 and serving as his father’s campaign manager in 2016 to gain the public’s support.

“I argued to the voters that appellate experience for an appellate court is more important than being a trial judge,” Walker said. “I had voter after voter tell me that’s why they wanted me for this position. They voted for me because they believed I was more qualified because of my vast amount of appellate experience.”

Appellate courts do not involve a jury, hear new evidence or witnesses, nor retry cases like trial courts. Instead, appellate courts review trials to ensure the proceedings were fair and honest. Before running for office in 2020, Walker had authored more than 100 state and federal appeals and tried over 75 criminal and civil jury trials.

He received nearly 48 percent of the votes during the Republican primary held in March 2020, advancing him to a runoff against the runner-up Elizabeth Beach.

“Our runoff was initially set in the latter part of May, but COVID had not only shut down all the typical campaigns events, political party meetings, things like that, the governor also extended the runoff by two months,” Walker explained.

When it finally took place in July 2020, he received 64 percent of the votes.

“I am very passionate about my faith in Jesus Christ, and my campaign ended up basically for those four months being nothing more than a prayer because that’s all I could do,” he said.

With no Democratic opponent, Walker officially won the general election on Nov. 3, 2020, and began his six-year term on Jan. 1, 2021. As one of 14 intermediate state appellate courts in Texas, the Second Court of Appeals handles appeals from hundreds of trial courts in 12 counties in North Texas.

Every morning, Walker takes time for a Bible study and prayer to help jumpstart his day before heading to the courthouse in Fort Worth.

“Unlike trial courts, we’re not in court often,” he said. “Most of what I do is reading, research, writing and voting on cases.”

He works on authoring opinions for assigned cases, which can vary in length from two to more than 1,000 pages. His staff attorney and legal assistant evaluate each one before sending them to the central staff for review. Once finished with the thorough editing process, Walker sends the opinion to the other justices for voting.

“It helps make sure that (the opinions) make sense, there are no typographical errors. And if we are creating law, which we try not to do — we just try to interpret the law. … We want to make sure that we do it right,” Walker said.

“I had a unique Air Force career,” Walker said. “I was in a total of nine years and had two jobs.”

“I never, unfortunately, got to jump in an F-16 and fly off into the sunset, then engage in hand-to-hand combat in the same day, and then put on my suit and show up to argue a case in the courtroom. But, you might argue that I’m closer to the TV show than any other JAG in the Air Force,” he said and laughed.

Serving in the Air Force’s legal wing provided first-hand understanding of what working in a large, full-scale judicial office entails.

“That component really prepared me for being on a fast-moving court with a decent amount of bureaucracy and employees,” Walker explained.

His military career also instilled important skills that he carries with him today.

“The knowledge and experience that I gained through being the first drill instructor who happened to be a JAG … helped me become the leader I am today, which I believe in turn, is helping me to be a better judge,” Walker said.

As for the future, he plans to follow the Almighty’s guidance.

“I’m very content with what I’m doing right now,” he said. “I’ve had some people ask me if I’m going to run for Texas Supreme Court, and I’ve said, ‘No, I haven’t felt like God said I needed to do that at this point for sure, but you never know what He may call me to do later down the road.’” 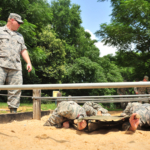 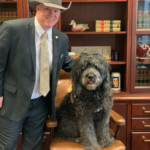 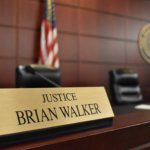