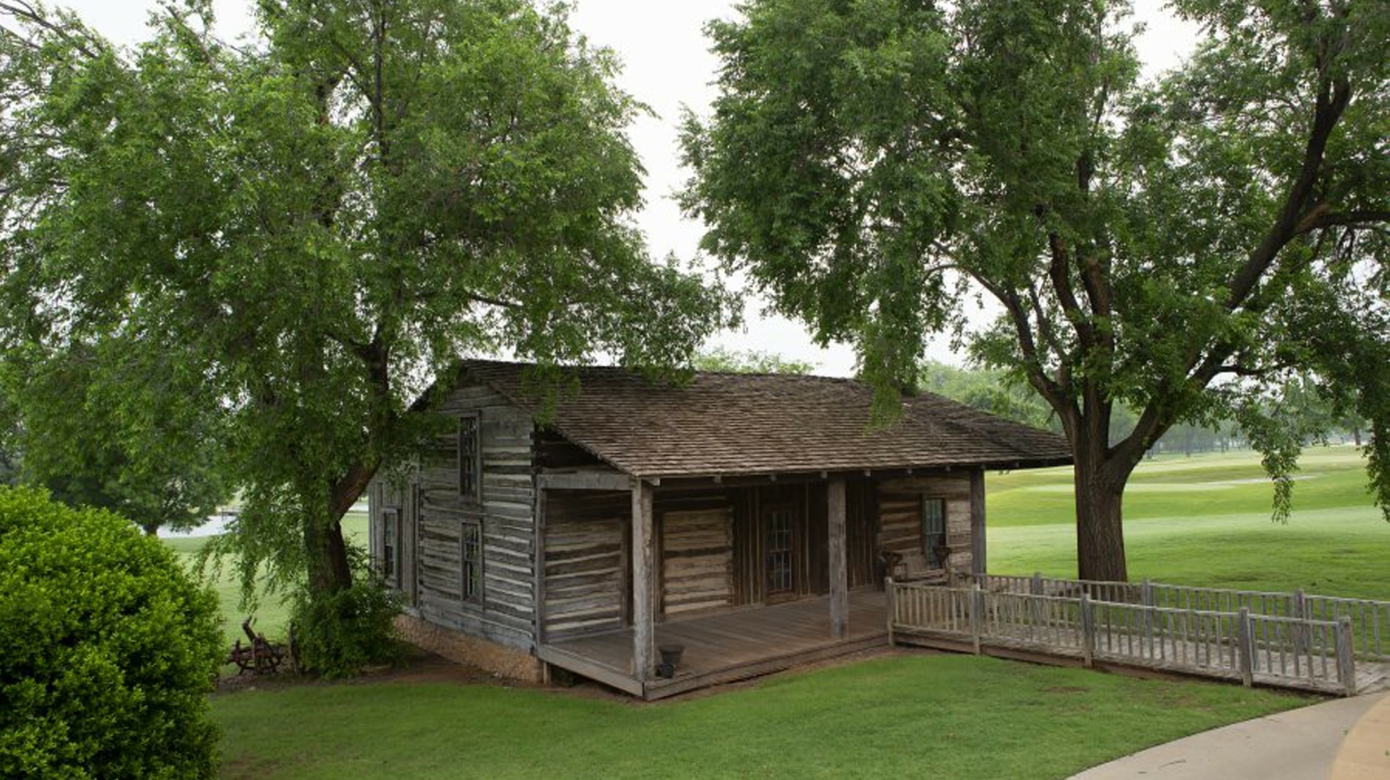 As one of the oldest buildings in Pottawatomie County, the Bourbonnais Cabin still stands, providing a physical connection to the Tribe’s past.

The Bourbonnais family lived near La Pointe, Illinois, where they established a successful fur trade business in a settlement called Bourbonnais Grove on the upper Bourbonnais Creek.

Francis Sr. worked as a fur trader with famous, successful businessman John Kinzie and the American Fur Company. Francis Sr. married Catish in 1814, and they had five children together: Washington, Peter, Antoine, Rozette (Ozette) and Catherine.

Westward expansion during this time brought many newcomers into the region, and land tensions between Native Americans and settlers increased. Due to this, in 1836, Bourbonnais family members joined other Potawatomi removing west to the Platte Country in present-day Missouri, as outlined in the 1833 Treaty of Chicago. They were then relocated to Council Bluffs, Iowa, where church records note many of the family members.

Through the Treaty of 1846, all Potawatomi removed west moved to a new reservation in northeast Kansas. However, negative federal policy, development and continued settlement from outsiders made success more difficult for the Potawatomi people.

The federal government approached the Tribe in 1861 about the opportunity to take allotments and potentially become U.S. citizens. Some saw this as a way to ensure the lands remained Potawatomi without outside encroachment, including members of the Bourbonnais family.

However, federal government failed to meet its obligations, like allowing the two-year grace period on taxes and providing resources outlined in the treaty. As a result, many lost their allotments from a failure to pay taxes and lack of farm production. Due to a clause in the treaty, the Citizen Potawatomi signed a new treaty in 1867 that allowed them to sell property in Kansas to purchase a reservation in present-day Oklahoma.

Antoine and Mary Ann (Anderson) Bourbonnais were among the first Potawatomi to move to the new reservation in 1872, settling along the South Canadian River.

According to their daughter Ozetta Bourbonnais Jenks, Mary wrote in her diary, “April 1872, we four families numbering 28 loaded our processions and families in wagons and removed from Kansas to Indian Territory. … My immediate family consists of Husband and 4 small boys and Baby girl and myself. The seven of us had two covered wagons.”

Due to suspected paralysis, Antoine used crutches, which he made himself. That did not stop him from overseeing the family’s wagon and directing the animals in his steed on the journey to the new reservation.

“He can harness the teams — he makes all the axe, shovel and spruce handles with which we work the roads,” Mary wrote.

“We have to work our way each day — high water detaining us too. Almost every day we have broken wagons.”

They, along with numerous other Potawatomi families, established the community of Pleasant Prairie, 5 miles west of present-day Asher.

Mary’s diary continued, “June 1872 – We have settled a little neighborhood near the South Canadian River. When we came … we found a small herd of Shawnee Indians living here. The Society of Friends had established a small mission school among them. They became known as the Absentee Shawnee, having drifted away from their tribe. They were somewhat hostile towards the Pottawatomies causing the Pottawatomie to settle in the south part of the county.”

As a cattle rancher, the quicksand nearby became problematic for his stock, and Antoine and family had to leave Pleasant Prairie and relocate farther north.

He helped build the Shawnee Mission, a Quaker church located south of the present-day location of the Cultural Heritage Center, reportedly supplying lumber, windows and the church’s bell, which still remains today. Antoine and Mary moved into a cabin outside of Shawneetown — present-day Shawnee — built by Louis Tyner in 1881, referred to today as the Bourbonnais Cabin. The historic home now sits on Tribal property next to the CHC.

According to a 2013 Hownikan article, “The cabin is also rumored to have been a hideout for outlaws Frank and Jesse James. The brothers and their gang were known to lay low in what was then Indian Territory. The cabin features a small attic, said to have been discreetly built to house the brothers as they hid from the law. While sources debate this tale, one fact remains that a grandchild of Antoine and Mary was named Jesse James Bourbonnais, speculated to have been named so in honor of the outlaw.”

After Mary passed away in 1922, numerous different Potawatomi families rented the house, agreeing that Ozetta, the last living descendant, would get half of the pecans harvested from around the property.

Mary Anderson Bourbonnais, known as Aunt Mary by many, had a lasting impact on across the region. She focused much of her attention and time on serving others with her medical and organizational skills as well as through the local Quaker church. Although when approached to become a Sunday school superintendent, she did not feel fit for the challenge.

“Those present insisted on it, I don’t know why unless they knew when I undertook anything, good or bad, I carried it through,” she wrote.

Mary went on to serve as the Sunday school superintendent until 1900.\

According to a Shawnee News-Star article published in July 1992, Mary and Antoine had six children: Benjamin H, who passed away while young, Aaron F., John A. “Jingo”, Anthony “Tono”, Ozetta and Aurelia.

Aurelia married Napoleon Hudson but sadly passed away during childbirth at age 20. Ozetta wed William Frederick Jenks, and they had one son, Carl Frederick. Anthony “Tono” married Catherine Peltierand had four children: Jethro, Edna, Lorene and Carrol. John A. and his wife Leona had no children.

The Bourbonnais family established roots across Oklahoma, Texas, California and beyond, with numerous descendants upholding the family tradition of service to community and the Tribe as active members and volunteers. 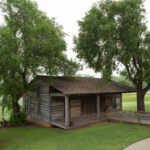