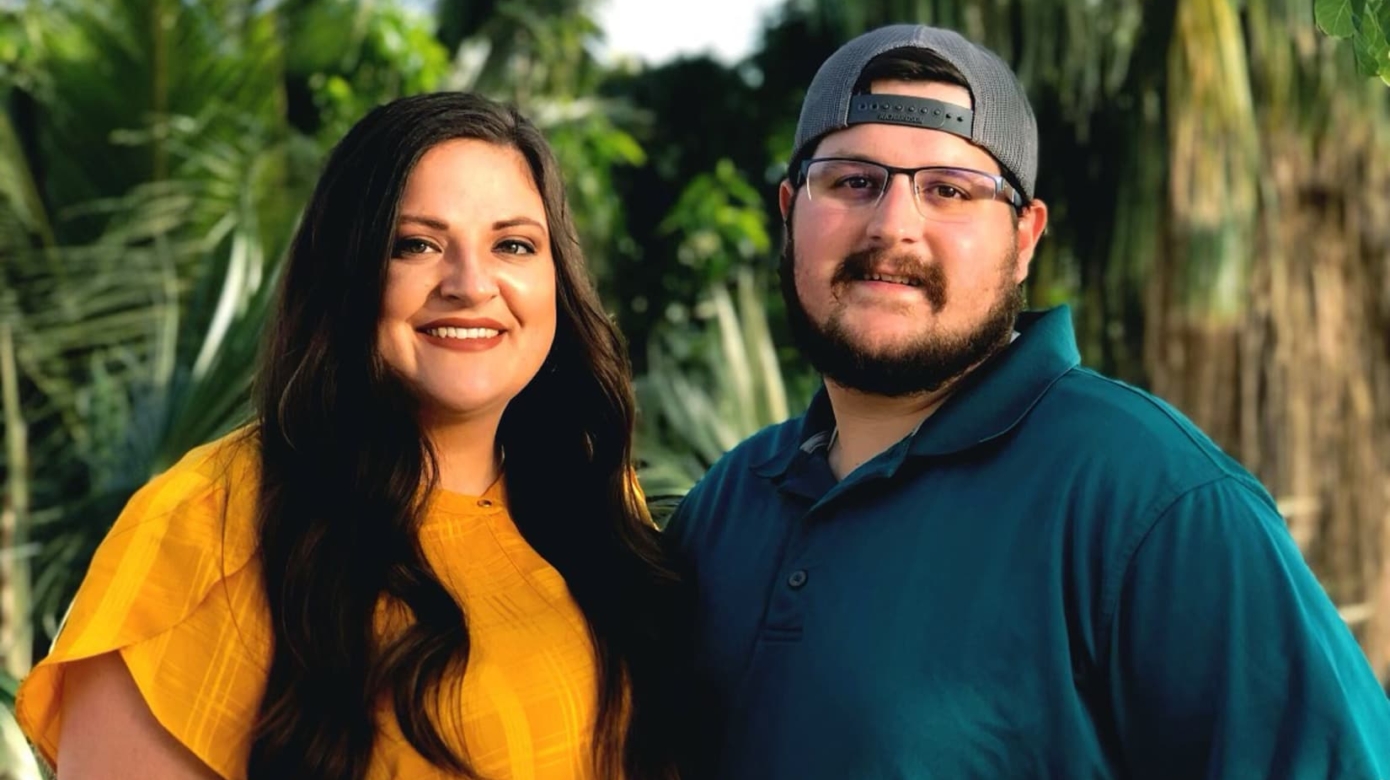 Before they even started dating, Reide and Robert Johnson each knew they wanted to become foster parents. When they met as students at East Central University in Ada, Oklahoma, they found their shared desire stemmed from their tribal heritage. As citizens of the Chickasaw Nation, they felt the need to serve Native children and became an approved foster home with Citizen Potawatomi Nation’s FireLodge Children & Family Service in September 2020.

“If our home could be that safe haven for anybody, particularly children, we wanted to provide that,” Reide said. “It’s just something that was, I think, individually put on our hearts. We’re a Christian household, so ultimately, by God, and let into it prior to meeting each other. And then it kind of just grew as we grew in our relationship.”

FireLodge accepts foster home applications from households of any tribe. Robert’s position as an employee for the Chickasaw Nation Indian Child Welfare department prevents him from fostering through their tribe. FireLodge and CPN became the next logical choice, given the staff’s reputation for unending support and knowledge. The Johnsons discovered the little things matter, like getting care packages and Christmas toys for the kids from FireLodge.

“The structure that they have is really nice. And just the communication’s always there. So those are some big things, I think, when telling people, ‘Hey, you should foster,’ those are big key points for me is the support and communication,” Reide said.

Despite the pandemic, the timing to begin their journey as foster parents felt right. The couple recently purchased a house, and Reide finished medical school to become an audiologist in May.

“We just knew that we were really ready to start our family, and ultimately, we didn’t really care how that meant to start a family and that we both have the desire to foster. So we decided to start it that way,” she said.

Since September, FireLodge has placed three children with them. While their experience has not been perfect, Robert describes it as “really positive” and said that jumping into parenthood has been exciting, especially as a young couple.

“Absolutely, it’s got its challenges, but it’s just cool,” he said. “We’ve seen the kids that we have now grow so much. And I know you see that with biological children, but it’s a different type of growth, for sure. And … then even just a short amount of time, you see them coming out of their shell.”

The children they have cared for range in age from 11 months to 7 years. Their ages require different skill sets, from changing diapers to helping with homework.

“I didn’t know how to even get a kid enrolled in school, and so that’s been fun getting through that process and just learning and then working with this teacher,” Robert said. “So, yeah, just different needs, but it’s definitely been fun. I’ve really enjoyed having the older kids in the home.”

They primarily focus on creating a safe and nurturing environment, and the children’s growth inspires them.

“You get this child who is timid and scared, and things are fearful a lot of the times, or at least in our case. And then you find this kid who wasn’t speaking kindly to even himself, who then says, ‘I’m smart. I’m happy,’” Reide said.

Robert described family time as “a blast” and said they spend much more time at the park and off the couch. The two have experienced personal growth as well while caring for the children.

“People are oftentimes scared to become attached, but that’s a part of it, and that’s honestly one of the best parts of it,” Reide said. “It’s also the hardest part of it. But it just means that you’re doing what you’re supposed to be doing … in my mind.”

Both Robert and Reide grew up with different levels of connection with their Indigenous heritage; however, the circumstances pushed them to the same conclusion. They wanted to foster Native children and help keep their tribe’s customs and traditions alive.

Reide grew up in eastern Oklahoma in what she calls a “very Native-focused area,” where she interacted with many different tribes.

“For me, it was much of a ‘These are my people, no matter whether my tribe or not.’ We obviously can’t foster through our tribe. To me, it was just very important to take tribal and continue to raise that tribal culture up,” she said.

Robert grew up in Houston and moved to Oklahoma as a teenager. He knew little about Chickasaw culture. After fostering with FireLodge, he learned that Citizen Potawatomi live throughout the United States, and it encouraged him to help his foster children learn.

“They’re Native, and that’s special, and they need to know what that looks like,” Robert said. “So just crossing those different tribes, for me, it wasn’t a big deal.”

Find out more about fostering with FireLodge Children & Family Services at cpn.news/firelodge or on Facebook @CPNFireLodge.