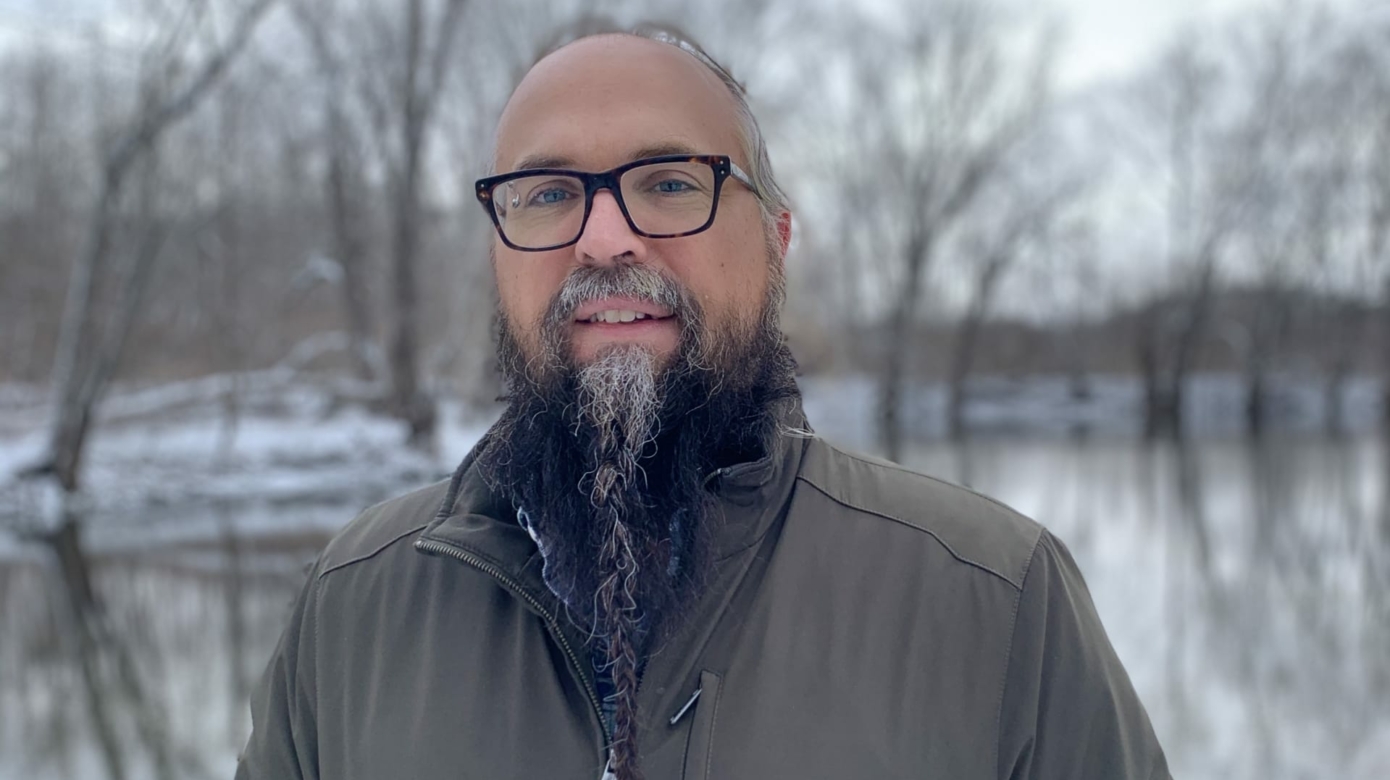 Citizen Potawatomi Nation member Kyle Whyte, Ph.D., dedicates his career to environmental justice, both as a professor and advocate. As the George Willis Pack Professor of Environment and Sustainability at the University of Michigan, he teaches courses focusing on Indigenous peoples’ rights regarding land and environmental sovereignty.

“I really want to see an energy transition where tribes, where people of color, where other underserved communities emerge as leaders in the new energy system — as providers of energy, as people that are in the highest levels of decision making about what our energy system should look like and the values that it aspires to,” Whyte said.

In early March, the Council for Environmental Quality invited him to join the White House Environmental Justice Advisory Council, a 26-person group designed to represent people from across the United States to provide plans and ideas on fighting climate change alongside environmental justice.

“The experience that is on this council is incredible, and it’s really dedicated people,” Whyte said. “I’m really thinking that because of all of that wisdom, that the types of recommendations that are going to come out of the council represent the knowledge of people who have seen everything. They’ve seen what fails. They’ve seen things that have worked. They’ve been reflecting really hard on how to make policy change that will actually impact communities at the grassroots level.”

In late January, President Joe Biden signed Executive Order 14008, or Justice40, which laid out the first steps of an expansive initiative to combat climate change in the United States. It also outlined a commitment to ensure 40 percent of the benefits of those investments impact communities affected by environmental injustice. Whyte and the rest of the council presented plans on the organization and distribution of those benefits and investments in mid-May.

“I immediately thought, ‘OK, it’s time to really get to further work and to use the knowledge and skill sets that I have to take advantage of this potential opportunity for improving the tools, the resources, and the policies that are available to Indigenous people, but also many other communities of color and underserved communities, for protecting their environments, their cultures, their health, their ways of life,’” he said.

The council also presented improvements in the government’s use of data across departments and agencies when determining the effects of environmentally hazardous practices on the most affected populations.

“Current data tools don’t quite give us the whole picture that we need, and certainly tribes and Indigenous people face some environmental justice issues that aren’t yet able to be portrayed by those tools,” Whyte said. “And so one of the charges of the council is to find ways to improve those tools for identifying communities that are being affected by environmental racism.”

As part of the environmental council, Whyte focuses on improvements to Executive Order 12898 signed by President Clinton in 1994 — the Federal Actions to Address Environmental Justice in Minority Populations and Low-Income Populations. The order’s goals include guidance for federal agencies to better serve populations facing inequities, such as high levels of pollution. Whyte sees the potential to serve tribes and their sovereignty better.

“I think tribes are critical because we have governing powers, which means that we can actually pursue solutions to environmental issues that can model what it means to be a clean economy with renewable energy, what it means to have a good cultural relationship with the land. And I think that those governing powers that tribes have are critical to demonstrating what environmental justice looks like in practice,” he said.

He also believes the implications of environmental damage expand beyond land rights and economic woes.

“I think the executive order also doesn’t do enough to really talk about how cultural activities and lifeways can also be at risk. And often for many tribes, those are the key risks that are operative within a situation where there’s a mine or a pipeline or something else,” Whyte said.

On January 20, President Biden also signed an executive order revoking the permit to build phase four of the Keystone XL pipeline, a point of contention for many tribes and environmental activists since it was commissioned in 2010.

In March, attorneys general from 21 states sued to overturn the revocation, stating Congressional desire to participate in determining the pipeline’s fate. However, Whyte remains diligent in his push for tribal sovereignty in environmental justice cases and the use of Native American land.

“It’s important to note that several tribal governments engaged in a lawsuit challenging whether they were adequately consulted and whether adequate environmental reviews took place. And so I think it’s important to listen to those tribes that are directly implicated and who are putting their foot down,” he said, noting the Keystone XL is not the first oil pipeline met with backlash from Native nations and environmentalists.

“In all of these cases, you see a similar pattern that tribal consultation is treated as an ornamental process. It’s not treated as a process where the consultative meetings themselves could actually change the outcome of what happens.”

In early June, Canadian-based TC Energy terminated the Keystone project less than five months after President Biden’s permit rejection and after more than a decade of opposition from Indigenous populations in the U.S. and Canada as well as environmentalists.

Partnership and tribal considerations remain at the center of Whyte’s work. He finds inspiration in long-standing relationships between tribal nations and hopes they can provide solutions to environmental problems.

“It’s not just the formal law, but it’s also about mutuality and reciprocity among nations, and respect for tribal expertise, cultural knowledge, and the self-determination of what safe enough means. … And that’s where I think a lot of rebuilding and restoration needs to occur. And that we can do good to improve the policies and to change the laws, and to engage in lawsuits. At the same time that resistance occurs, we also need to be building a true sense of what a nation-to-nation relationship is,” he said.

His work on the White House council and future actions of the Biden-Harris administration remain to be seen.