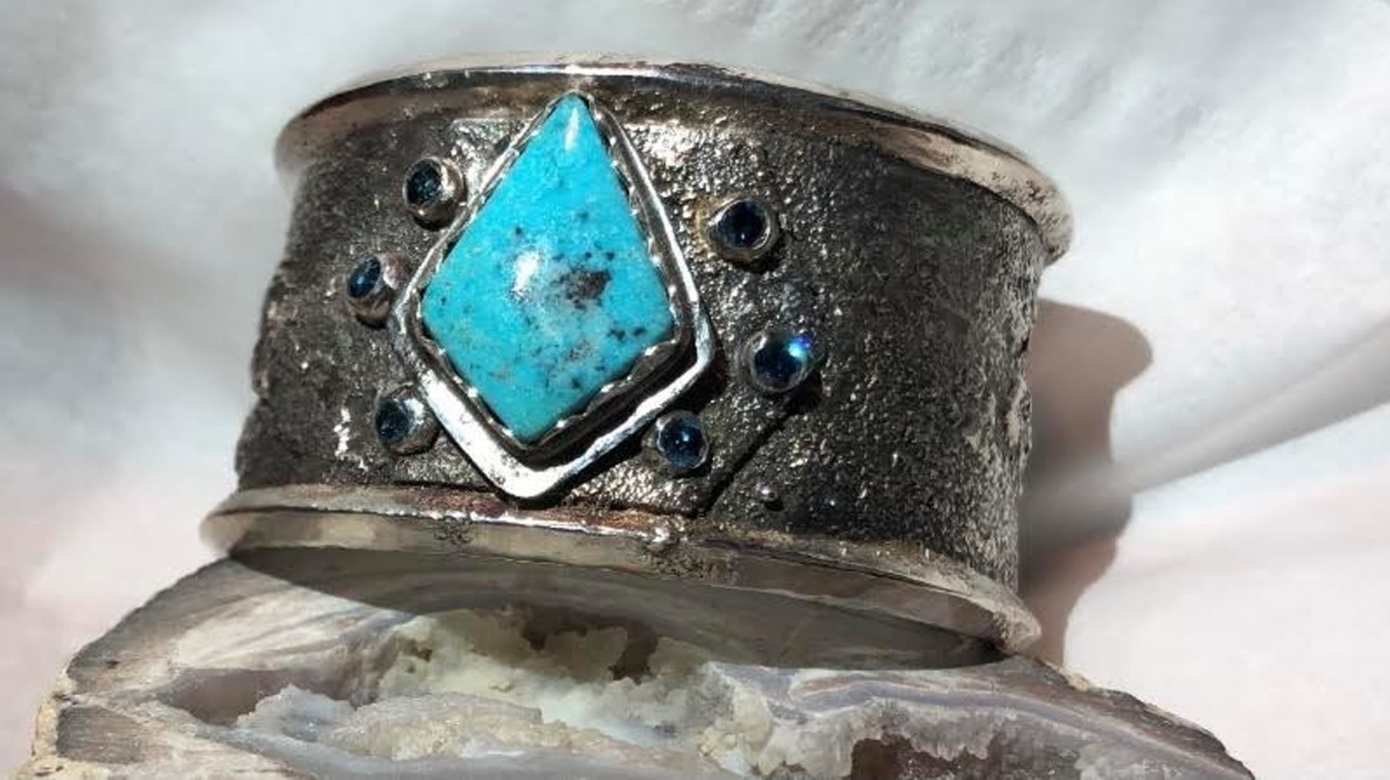 “It’s probably one of the biggest honors I’ve ever had, and I was totally shocked by it — just flabbergasted,” he said.“As I saw the other bracelets in the category in the days leading up to the market, I wondered how my work could ever presume to be included among such brilliant artistry.”

Before retiring, his career involved business, medical sales and eventually education, but Striegel became inspired to pick up silversmithing after hearing a presentation by Chairman John “Rocky” Barrett in the 1990s.

“One of the things he said was because the Potawatomi were so good at business — that’s where we’ve made our money — the interest in the arts kind of dropped off, so he put out a challenge that if someone was interested in the arts to find a traditional Potawatomi art … so that we could continue that legacy of art in our Nation,” Striegel said.

Moved by the statement, Striegel began researching and found the Potawatomi had a history with silverwork. He then set out to hone the craft.

“I was fascinated by it,” he said. “They traditionally worked with very, very heavy metal that was very thick, and they would use it to trade with the Europeans.”

Striegel grew up near Albuquerque, New Mexico, and spent time at his family’s cabin in Taos in his youth. He enjoyed visiting the Taos Plaza and seeing the Native American vendors and their fine creations. That experience continues to inspire his work today, and he established one of his two studios between the Sangre de Cristo Mountains.

“Being in the mountains in Colorado and northern New Mexico, that’s hugely inspirational for me,” he said. “Taos Mountain is sacred … and that mountain changes every time I look at it. Doing different scenes of that mountain is really, as my generation would say, trippy.”

He also has a studio near Lamar, Colorado, where he helps his wife Jennifer train horses and explores the natural beauty that the state provides.

Some of his favorite creations include statement bracelets that bring the outdoors to life with 3D images of iconic scenery.

“It starts with an idea that I get from looking at nature,” Striegel said. “I decide which mountain I want to do, and then I either take a picture or I find a picture of the mountain that is in public domain. And then I start working to transfer the mountain scene picture to silver and cut out the mountain pattern.”

“I think that the lesson is, whether it’s working with horses, working with people or working with silver, if you try to force something, it just never works out,” he said.

Dedicated to finding first-class turquoise, Striegel employs every effort to ensure his pieces include the finest, legitimate stones available.

“Most of the turquoise that’s in silver and on the market is color shot, which means there’s a plastic color that’s forced into the stones and stabilized with a chemical or somehow treated, and only about 20 percent is natural. And of that 20 percent, only a smaller percentage is actually gem quality,” he explained.

Striegel works one-on-one with a small wholesaler near Durango, Colorado, to purchase most of his turquoise.

Using a combination of hydrochloric acid and tellurium helps him to create varying colors of sterling silver colors and assess for authenticity.

“If it’s color shot, the acid bleaches it out so that the stone will actually turn white,” Striegel said. “I have bought quite a few stones that were reported to be natural and tested, and they weren’t real.”

Although his work involves Southwestern components, he uses old sketches and paintings of Potawatomi to incorporate Nishnabé elements. His art also provides an opportunity for educating others on who the Citizen Potawatomi were and are today.

“I think it’s important to celebrate our culture,” Striegel said. “Growing up, my dad who passed away when I was very young … he really tried to make sure that we understood something about our culture and were able to stay in contact.”

Attending regional meetings and reading the Hownikan helps him stay in touch with his Potawatomi roots. He hopes to visit CPN next year during Family Reunion Festival to celebrate with fellow Darling descendants. Until then, Striegel plans to continue enjoying the Rocky Mountains, working with horses and making one-of-a-kind jewelry. Check out Firehawk Designs at firehawkdesigns.com or on Instagram at @FirehawkDesigns. 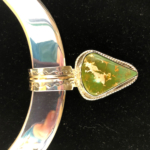 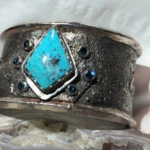