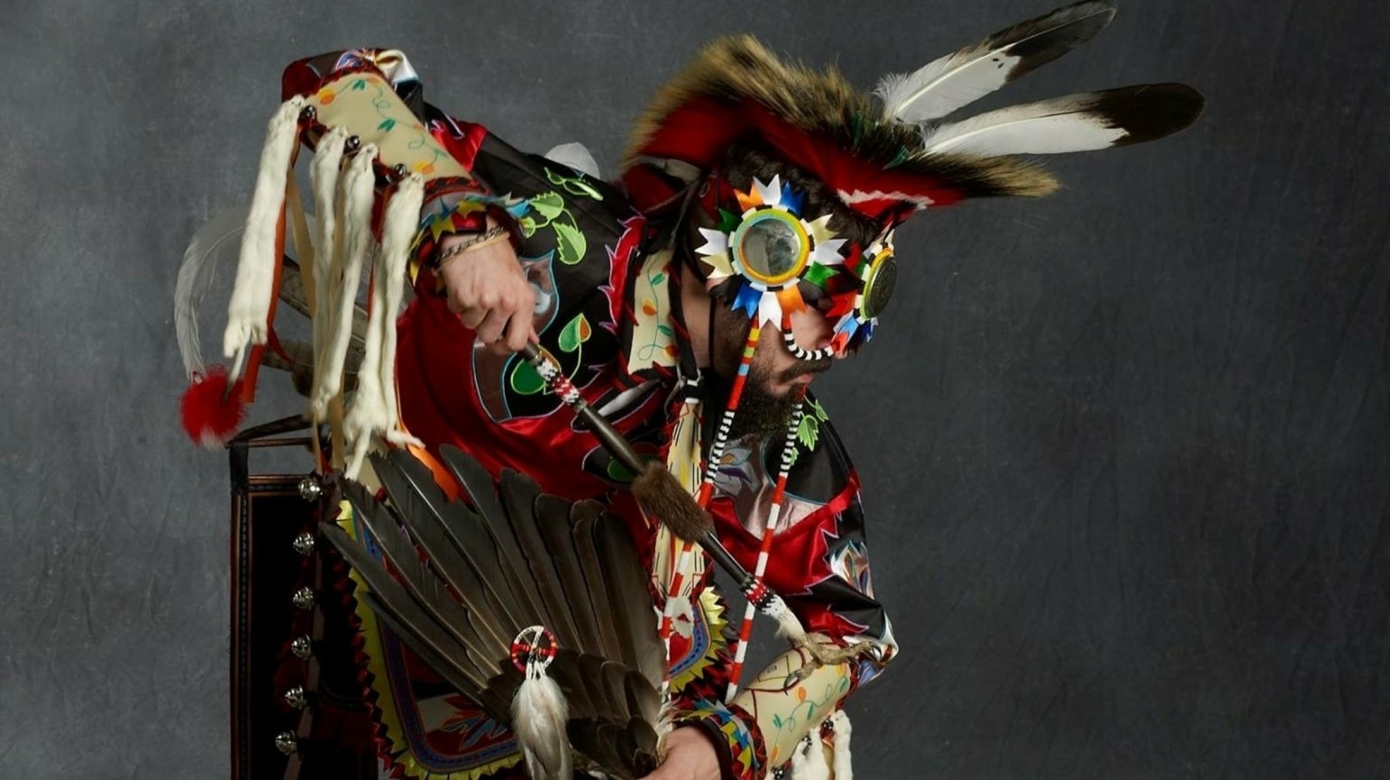 CPN member Lyle Simmons honors the lessons passed down to him by creating regalia and competing in powwows. (Photo courtesy of Sharon Hoogstraten)

The Peltier family descendant works at a rural hospital, helping patients recover and regain independence after experiencing an injury, surgery, illness or other ailment. Expressing his creativity offers an opportunity to relax and escape from the hustle and bustle of his career.

“Helping our fellow Tribal members has always been a good thing for me,” Simmons said. “I get a lot of joy from seeing people that I’ve helped go on and dance or eventually be able to make things themselves without having to depend on other people — helping them produce their own culture rather than buying it.”

He specializes in leatherwork, beadwork, feathers and other regalia-related projects.

While growing up, trial and error helped finesse his skills.

“That was a goal of my grandparents, to keep me out of trouble by keeping my hands busy,” Simmons said and laughed.

His family owned a ceramics and crafting store, which provided him inspiration and the supplies required to experiment and learn.

“Nowadays, I can look at an item and figure out how it’s made, and I’m able to reproduce items that way,” Simmons said.

He started participating in the powwow scene as a grass dancer in his youth and began working on his own regalia approximately 17 years ago.

“My first big project was the grass dance outfit,” Simmons said. “It was a lot of hours and days on a jig, just hand-stitching yarn.”

Today, Simmons competes as a chicken dancer, which he learned from spending time with his Siksika and Kootenai friends.

The dance mimics the prairie chicken’s strut and characteristics during mating season, and tribes have passed down stories about the animal for generations.

Through the years, Simmons has taken the opportunity to build his regalia, piece-by-piece, crafting much of it himself.

“It didn’t happen all at one time, you know. Regalia is kind of ever changing — always adding or taking away stuff,” he said.

Although he calls Louisiana home, Simmons stays involved with his Potawatomi heritage by building relationships with others virtually and in person.

Simmons enjoys the opportunity the platform provides to lead lessons and teach others how to make their own regalia as well as raffle off items he has made. He said it also ties into the Seven Fires Potawatomi oral tradition.

The last, or seventh, prophet said there would come a time when the Potawatomi people would have to pick up the pieces of its culture, traditions, language and more that were left behind by those who came before in order to survive in the future.

“I think we are in that time of the Seventh Fire, and it’s up to our generation to start those things off and get others going in the right direction,” Simmons said.

Making regalia reminds him of the importance of patience.

“It teaches you to be consistent and not give up. Most regalia items or crafts, they’re not super hard to do, just very tedious and time-consuming. … I guess that’s why I don’t make my living with art,” he said and laughed.

If interested in discussing commission work with Simmons for bustles, beadwork, moccasins and more, he welcomes CPN members reach out to him on Facebook messenger. 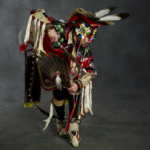