Tribal member takes community creation into her own hands 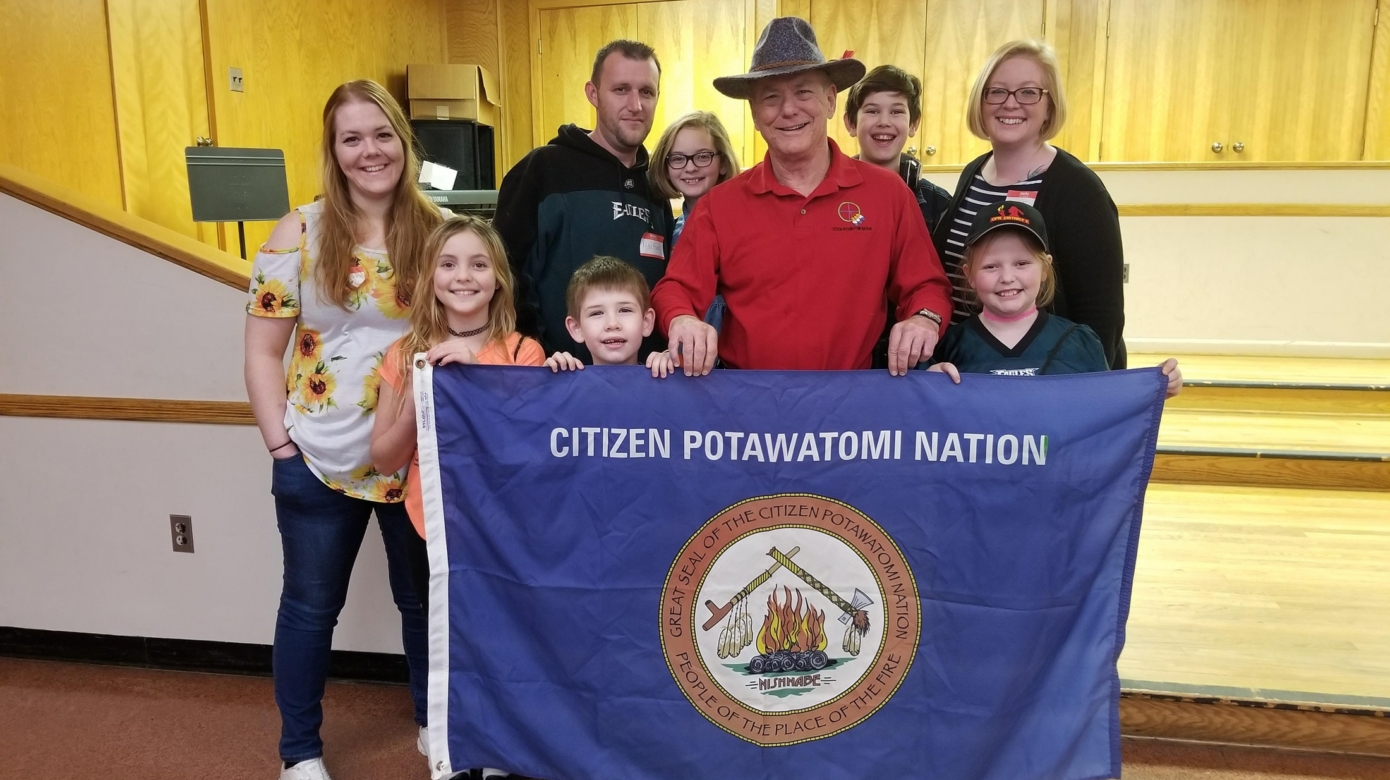 Tribal member Amanda Funk knew Native people lived around her in Pennsylvania, but it seemed they sat beneath the surface. She decided to change things herself, searching for a way to bring Native Americans together and help the wider community see their influence and offerings. In 2020, she founded the Widoktadwen Center for Native Knowledge in Reading, Pennsylvania.

“There just was always the sense of invisibility being in this place,” she said. “And it was like if you didn’t live in Oklahoma or somewhere else more out West, that people didn’t see Native people at all.”

There are no federally recognized tribes in Pennsylvania. While many Native Nations called the area their homeland, including the Erie, the Haudenosaunee, the Lenape Delaware, and the Susquehannock tribes, Funk felt no Indigenous presence as a child and young adult.

“I thought of my own kids growing up here in Berks County, and I want them to have a different kind of experience,” Funk said. “I want them to grow up being able to proudly say who they are, to be able to show their community what Native people look like, what they do, what we’re capable of, what our contributions are.”

Born in the Virgin Islands, Funk knew her Potawatomi descendancy came from her father, a member of the Tescier family. She later discovered connections with the Darling, Smith, Willmett and Bourbonnais families while researching her genealogy as an adult.

Her desire to learn more grew while she attended graduate school at Kutztown University and met other academics interested in Indigenous cultures and learning more about themselves. Funk’s idea for the Widoktadwen Center solidified when she took a trip to New Mexico for an Indigenous studies conference.

“I was very excited to see just a different world and just what it looked like to be in a place where you could see more clearly that Native people were there,” she said.

Bringing her passion back to Pennsylvania, Funk has worked for the last five years on the organization’s development, eventually bringing on fellow Kutztown University graduate Alexi Weiskircher, the center’s visual director and research coordinator. Widoktadwen focuses on acting as an educational resource for local schools, environmental stewardship, and Indigenous activism in eastern Pennsylvania.

“I really hope that we’ll have a kind of cultural touchstone here, where there’s also an opportunity to create a networking community of Native people here and ways for us to learn together or to share some of the challenges we see in our own community, and the understanding that our neighbors and our peers have about who we are and about why it matters,” Funk said.

Educating children on Native history and Indigenous culture became a benchmark for the center, especially in an area whose public school curriculum does little to teach tribal history accurately. Funk believes in its importance for both Native and non-Native students.

“We are really doing all of our students and especially our Native students a disservice by not authentically representing them in all of these different arenas, but especially in the classroom, and I see the next wave of Native youth growing up … to feel proud about who they are,” she said.

Choosing a name for the organization proved difficult. Funk considered many English and Potawatomi words and phrases and finally decided on Widoktadwen (WE-doke-tah-dwin), which means community in Bodéwadmimwen. While she began learning Potawatomi and building her vocabulary, she felt like the phrase just fit.

“I kept thinking of, ‘What makes it the right one? Because I really do want it to embody who we are,’” Funk said.

When breaking down this word and its roots, it translates closer to “togetherness” and “to do things together,” she said.

“There’s this sense of being connected,” Funk added.

Next, she sought to stylize a logo that paired well with the name. She chose a simple red flame to symbolize Potawatomi people’s traditional role as Keepers of the Fire.

“But also, we see fire as a symbol of knowledge itself. We see fire as a place where we gather. Fire is what we use to illuminate things so we can see them clearly. And it just seems like the fire is also the centerpiece. And that’s where a lot of this community happens. That and I grew up loving to camp and loving a good campfire,” Funk said.

While the organization remains small, she retains hope for the future. In February, she leased its first office space in the downtown area near other community nonprofits. The coronavirus pandemic has forced efforts to remain online for the time being; however, Funk anticipates growth into in-person events and classes in the future.

“It’s going to be amazing to see what kind of a change comes about in our communities because I’m not the only one pushing to create this sort of change on the ground where I am,” she said. “I know that it’s Potawatomi the world over who are doing the same, who are doing it within their own households when they’re teaching their kids the language and struggling to learn right along with them.”