Gearing up for a successful harvest 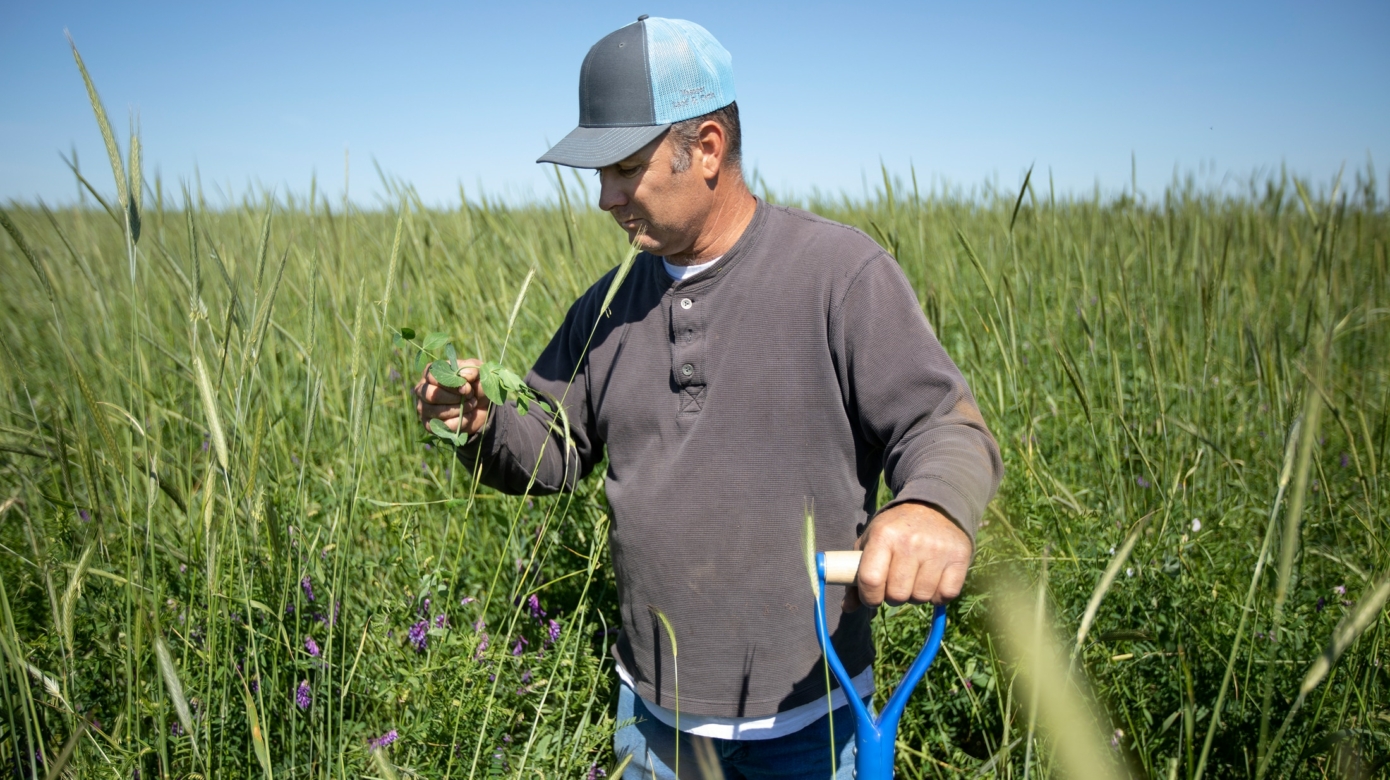 Late winter and spring marks the time of year farmers prepare for the busy seasons ahead. For the Citizen Potawatomi Nation, this includes soil testing, planting crops, administering key nutrients as needed and conducting the first harvest.

CPN has grown its agricultural operations in the past year, adding 105 acres of cover crops and expanding lease opportunities.

“We actually had a pretty profitable 2020 season,” said Tonya Kitchen, CPN ag manager. “We tried some new programs, what we call a 50/50 contract, and we did figure out that those are profitable on acreages that were over 20 acres.”

With a 50/50 contract, CPN retains land ownership and pays for any herbicide or fertilizers, but the lessee takes on the expenses of harvesting and processing. In the end, the Nation and producer each receive 50 percent of the harvest, which usually includes bailed hay.

On the Nation’s smaller acreages, production is lower, so utilizing the 50/50 model does not provide enough return on investment. Allotment and other policies caused CPN and its Tribal members to lose much of the Nation’s original 900-square-mile reservation. The CPN Department of Real Estate Services oversees the Tribe’s agricultural endeavors and works hard to get property under CPN’s domain once more. This often means purchasing a few acres at a time, but Kitchen and her staff employ teamwork to determine the best option for every piece of Tribal property, regardless of how small or large.

One main goal of CPN’s agriculture enterprise is to increase year-round economic growth. Cover crops provide key nutrients and soil insulation throughout the winter, resulting in spring harvesting opportunities that other producers do not have.

The variety of seeds included in the cover crops mixtures also ensure that the animals who consume the hay receive a balanced diet.

According to Michigan State University Extension, “Harvesting cover crops offers livestock producers the opportunity to capture highly digestible nutrients for their animals and provides benefits to the soil in their cropping systems.”

After the spring harvest, CPN allows native plants, like little bluestem, big bluestem, Indiangrass and switchgrass, to grow and flourish.

“The benefit to that is we’re getting all those natural fertilizers from the cover crops that are going to benefit the native grasses in the summer. We have made it to where we have almost zero input aside from a very small nitrogen application in the winter,” Kitchen said.

Before settlement, grasslands thrived across Oklahoma. According to the Oklahoma Department of Wildlife, tallgrass prairies have been reduced by 85 to 98 percent. The Nation’s approach helps restore Oklahoma’s native grasslands along with improving soil health and economic viability across CPN land for generations to come.

Kitchen hopes CPN’s agricultural enterprise experiences another fruitful year in 2021 by expanding on best practices and making sound land-management decisions. Learn more about their efforts as well as how to purchase hay at cpn.news/dres. 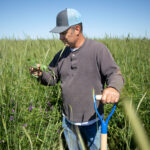 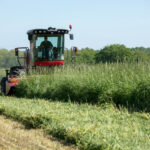