By Kent Bush
For The Shawnee News-Star

Creed Humphrey checks all of the boxes for an offensive lineman.

You have to be big to be a top-notch offensive lineman. Humphrey is big. At 6’4” and 310 pounds, he has no trouble looking the part.

You have to be smart to be a great offensive lineman. Humphrey enrolled a semester early at the University of Oklahoma and, even though he admits success in college takes a little more work than it did at Shawnee High School, he is having no trouble making the grade.

You also have to be quick, technically sound and a hard worker to excel on the offensive line. Humphrey — a High School All-American and the No. 3 center in the country — signed to play for the Sooners under now-retired head coach Bob Stoops. But his new coach sees of the same characteristics in him that Stoops did. Because of that, Humphrey has a chance to play as a true freshman on what many football commentators are calling the best offensive line in the country.

“He is unusually physically gifted for a guy his age,” said new OU head coach Lincoln Riley. “He could physically go in there right now and hold his own against most people.”

‘Every day is a competition’

Humphrey said he is willing to play whatever role the team needs him to. If that means starting in Week One, he will be ready. If it means taking a red shirt year to get better, he will do that too.

“Whatever is best for the team,” he said. “That has always been my mindset.”

He said working with the Sooners’ talented offensive line group has been a fun challenge.

“Every day is a competition,” Humphrey said. “In the weight room, watching film and in practice. There are no days off. We are always working to get better.”

One night in mid-August, Humphrey said he showed up with the team expecting to have another tough practice during camp before the season started. But when everyone arrived, they found out about the new plan.

The game at the highest level of college football is different than it was in high school. He said players are rarely big and fast enough to dominate others at this level, so the mental game and strategy are far more important than before.

That was one major reason he enrolled early.

“Getting an extra semester of work and having the playbook longer really helps,” he said. “It also gave me more time to prepare physically and be stronger and in better shape.”

When he was growing up in Shawnee, Oklahoma, his family always had season tickets to Sooner games. Playing in Memorial Stadium in Norman was always a dream and Humphrey looks forward to making that dream come true.

There are several big games on OU’s schedule this year, but Humphrey said the one game he looks forward to most is the OU-Texas Conference game, scheduled Oct. 14 in Dallas, Texas.

“That atmosphere is incredible,” he said. “I can’t wait to play there.”

Becoming a Sooner was a goal and  a dream until it became a reality this season. Now Humphrey’s goals have grown.

“I want to be an all-conference and an All-American player,” he said. “And, of course, I would love to be drafted to play in the NFL one day.” 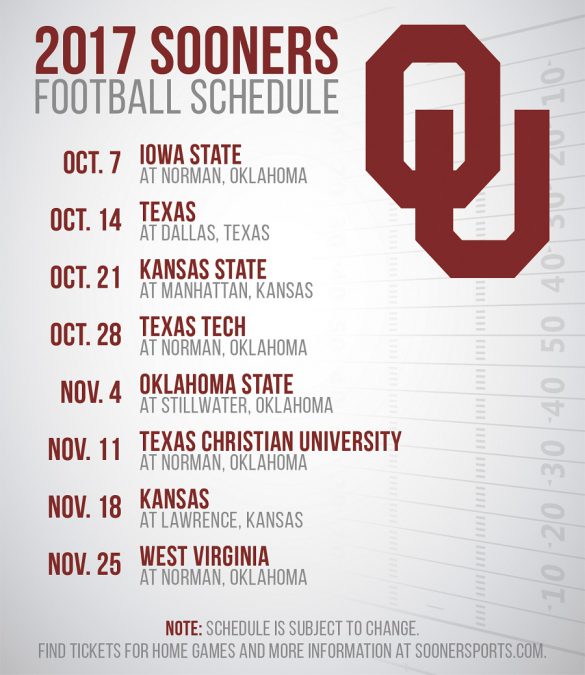