Two CPN members recently helped Shawnee High School capture its third state championship in a row while leading the team to the top ranking in the nation. 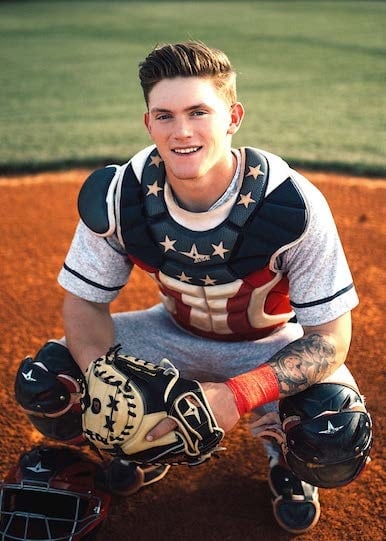 Vype Magazine covered the story of Jacob Taylor before their 2017 state title and has allowed the reprinting of their article here.

Now a senior, Taylor plays multiple positions for head coach Todd Boyer. Taylor is versatile enough to play catcher, pitcher or third base. But his baseball career started more than a decade ago with a team in Tecumseh.

“I’ve been playing baseball for 11 years. My first team was named the Tecumseh Rangers,” said Taylor.

Taylor is a valuable member of the three-time defending class 5A state championship team at Shawnee and is currently ranked No.1. Taylor has committed to Oklahoma State University and will take his talents to the Cowboys next season. His decision to become a Cowboy was based on many factors.

“There are a few reasons for becoming a Cowboy. First is the coaching staff. They bring a lot of energy, experience, and knowledge to the game, which will help me grow as a player. They preach playing the game hard and the right way. The campus felt like I was at home and I was very comfortable when I was up and around all the guys,” said Taylor. “Not to mention the education side. I take pride in making good grades and becoming as knowledgeable as I can to better myself in life if baseball doesn’t work out.”

Taylor plans to major in business while at Oklahoma State.

As a member of the Potawatomi Tribe, Taylor points to the support they have provided, which has helped him further his athletic career.

“They have given donations, which have supported me in being able to play in events and tournaments that have helped me become a better player as well as get exposure,” said Taylor.

Being a member of the Potawatomi Nation is special to Taylor, especially knowing how much they care about student-athletes.

“It means a lot, I am very blessed to be a part of a tribe that cares about student athletes and is willing to give a helping hand when opportunities arise,” said Taylor.

The success the Shawnee Wolves have enjoyed the past two years has created memories for the players and fans that will carry on for a lifetime.

“I will remember and cherish the friendships and bonds I’ve made over the past four years. It’s a special almost brother like bond,” said Taylor.

Taylor is thankful for many things including his father, who has been a major influence in his life.

“My dad has always been very supportive and has spent countless hours, money and energy hauling me all over to be able to play the game I love. He has never told me no if I asked him if I could go do this event or go tryout for a team. Away from the baseball side he has taught me a lot about life and has raised me to be a respectful and humble young man that never takes anything for granted,” said Taylor.

Taylor said his teammates have always been there for him and are a big reason he’s had success on the field.

“I am blessed to have supportive teammates and they are always there for me. They pick me up if I’m in a slump and are there for me outside of baseball. Like I said earlier it’s like having 20-plus brothers rather than teammates.”

On June 14, Taylor was selected in the 25th round of the MLB Draft by the Atlanta Braves. 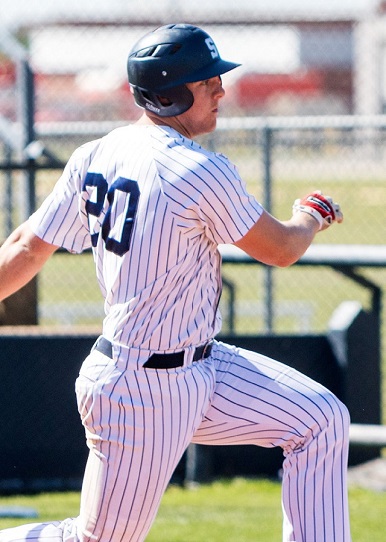 The Shawnee Wolves catcher and third baseman Kade Self said the team’s closeness has been a significant part of its success throughout its impressive run of three state titles in three years.

“It’s really about playing as a unit,” said Self. “We’re all like family, which helps push us to play for one another instead of just ourselves.”

Self said many members of the Shawnee high school team also play outside of the school season for the Dale No Fear team, a squad that many played on from a young age.

“I think it helps a lot, being close knit,” he said.

Self will be a senior in 2018 and said his goal is securing a fourth straight title for the Shawnee Wolves.

That’s where the challenge lays for Self and his fellow seniors at Shawnee in 2018. After three state titles in a row, an undefeated season in 2017 and being ranked as the top high school baseball team in the nation, the Wolves get every opponent’s best shot.

He’s not new to the feeling of playing for a team that everyone is trying to dethrone, he’s been a part of the varsity squad at Shawnee since his sophomore year. In fact, he said he enjoys the challenge of knowing the other team will be playing their best in order to beat the Wolves. For the Citizen Potawatomi Nation tribal member, he recalls two specific occasions throughout the 40 game season where the team got the other team’s best shot. The games against small-school baseball power house Red Oak in a tournament in McAlester and Durant in the first round of the state tournament stick out in his mind in this regard.

“You feel like you mean something, knowing the other teams are gunning for you. But we also have an edge because we know they’re gunning for us because we’re good,” he said.