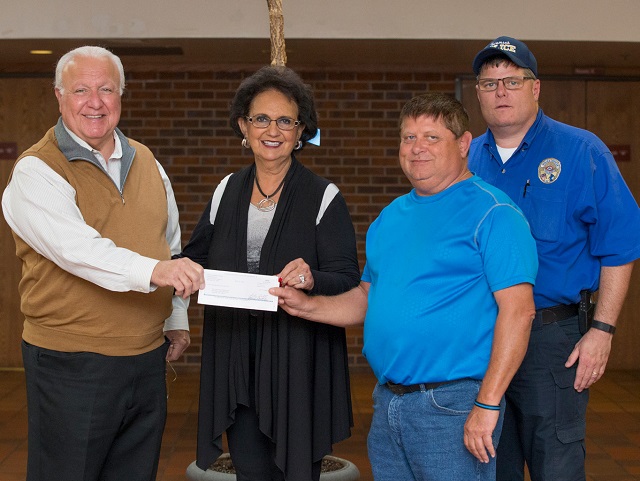 “If our officers run into a situation where somebody has a rifle that situation could deteriorate quickly. So it would be best for everybody to have that level of protection, and that’s when we started looking for these active shooter kits,” said Assistant Chief Kidney.

“It would have been crippling to the city to provide these through the budget cuts we’re facing, because they already provide us with the standard bullet proof vests,” said Kidney. “Along with the tribe, local businesses here in town donated, including Morris Cleaners, Cooper Funeral Home, Ralph’s Pharmacy and Jordan Construction. Their donations will be used in our active shooter training with the equipment.”