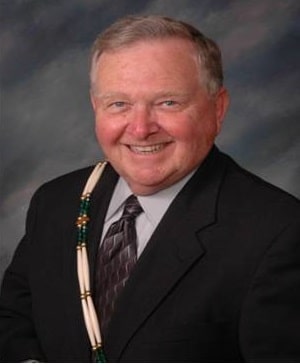 A familiar face to many in Citizen Potawatomi Nation District 3’s legislative race will be Robert Whistler, who is seeking his third term against challenger Jahn Eric Humphreys for the district of central and east Texas.

Whistler was born in Cushing, Oklahoma, but at the age of three the family moved to San Diego, California where he was raised. A member of the Bourassa family, Whistler’s father was active in the tribe as an attendee at meetings and gatherings and registered the children as CPN members at a young age. Whistler’s aunt was a longtime regional representative of the tribe from Arizona as well. His paternal grandmother was Potawatomi, and weekly gatherings with her during his youth solidified the knowledge that despite the distance from the tribal headquarters in Oklahoma, he always identified as Potawatomi.

“We knew who we were. I wasn’t as dark skin-wise as my grandmother was, but it didn’t really make a whole lot of difference. We knew we were Indian,” recalled Whistler.

Despite being raised on the west coast, Whistler’s parents made an effort to return to their original communities in Oklahoma and Kansas as often as possible. His maternal grandparents lived in Kansas, just north of the Oklahoma border in the town of Arkansas City. Whistler actually graduated from high school there after living with his grandparents and working a set of odd jobs that included donut maker, Sears Catalog Store appliance assembler, ceramic tile manufacturing with Pamona Tile Co. and work in Newmans Dry Goods, where he helped with upholstery and drapes production.

After high school he returned to San Diego and enrolled in college at San Diego City College, where he was named freshman of the year, which Whistler attributes to his involvement in student political activities there.

“A lot of my involvement was socially more than academically,” said Whistler, but he did graduate with a degree in science and mathematics.

Post-graduation he went to work in purchasing reception at San Diego’s Mercy Hospital, thinking he would pursue a career in the medical field. Through a family connection who worked as a surgeon there, Bob was able to get an up close look at surgery procedures. In another part time role, he worked at a mortuary. There, he principally worked in reception of the deceased and customer facing responsibilities. “That experience really gave me a great feeling on how to deal with different kinds of reactions associated with death, which I was able to put to use later, in another career,” he said.

Moving on the from the medical field, he worked for General Dynamics, an aerospace contractor, where he was an operator of the Univac Scientific, one of the first computers put to use in the professional world. He eventually moved to Los Angeles, where he continued his education and received his Bachelor of Science degree in Business Administration, and started with American Airlines, working a variety of customer service and management positions over a three decade career. One experience during his tenure at the airline sticks out to Whistler. After the loss of passengers in an airplane crash, Whistler, the manager of the plane’s arrival city, put to use his experience in dealing with the bereaved honed in his previous work in the medical field and in the mortuary service.

It’s this compassion and assistance that the District 3 legislator tries to use in his current role as an advocate for the Citizen Potawatomi of his legislative jurisdiction. His time working at American Airlines also helped him work on budgets and customer service, something he explained transfers well into his role as a legislator.

Once he retired from American, he took a year off from work. Before long, he found an opportunity in the promotional products business, a trade he continues today with Redman I Am Promotions. The freedom of working for himself also had another benefit after the grueling travel schedule that he endured during his work for the airline. He was able to get more involved with his tribe.

“When I got settled back in Dallas, I started going to the meetings in Oklahoma. My dad was there, and my aunt was still there as a regional rep,” said Whistler. “I started talking to her about our culture, history and began to get involved in making regalia…I took a look at what they were doing with the change in government, I decided it was time to give back to the Nation.”

Whistler said his wealth of experience in the professional world, in customer service, budgetary matters and efficient business practices served well in the restructured tribal government with elected legislators for those outside Oklahoma.

Now running for his third term as a legislator, Whistler said he had few regrets about the votes cast in his previous terms. Despite differing on some issues that have come up during his time in the tribal legislature, Whistler said that his experience as a member of Bedford, Texas city government shaped his view as a member of a legislative body.

“When we vote, whatever the final result is, that’s what it is. You’ve got to go along with what the decision is,” he said.

Whistler noted his ongoing focus on developing the American Indian community in Texas, specifically in promoting the need for a second Indian Clinic in Houston. Looking forward, he says his overall goal will be “on protecting the seed corn,” or the long term revenues the Nation uses to fund its programs and services.

“Ultimately that’ll allow us to protect the benefits and services we have,” said Whistler, who admitted he’s concerned with the changeover in the federal government.

Through discussions with various contacts, Whistler believes funds from federal coffers may begin to dwindle in the coming years, making him want to focus on CPN promoting and developing its commercial enterprises which, consequently, will support programs as wide ranging as healthcare to education funding.

Whistler said he will also promote the tribe’s history and culture to the Millennial Generation, hoping to use technology to connect them to their tribe.

“Without them, there’s no future generation.” 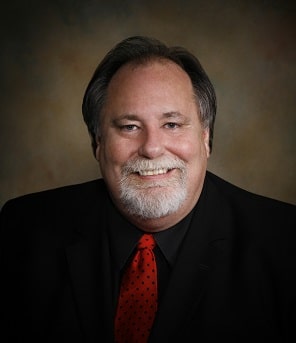 One of the new faces to many in Citizen Potawatomi Nation District 3’s legislative race will be Jahn Eric Humphreys, who is challenging incumbent Robert Whistler for the district of central and east Texas.

Humphreys was born in Borger, Texas, but grew up in Dallas. He completed his undergraduate degree at the University of Houston, having served in a variety of roles to pay for his education. He apprenticed in brick laying, plumbing and eventually settled on bartending, a job that brought in enough money to finance the completion of a Bachelor’s degree in Petroleum Land Management.

In 1989, with the bottom having fallen out of the energy sector, Humphreys went to Mississippi College in pursuit of a law degree.

“My petroleum degree didn’t do me any good because everything went bust in the oil business,” recalled Humphreys. “I was 29, working at high end bars and realized it wasn’t going to get any better than this, so I had already taken the LSAT and just said ‘off to law school I go.’”

Humphreys’ motivation wasn’t just to exit the bar business. While watching TV with his father one day, a news show came on that described abuse at an adult care facility for the disabled. He told his father, an attorney practicing family law, that someone should do something about the abuse. His father replied that since he had already taken the law school’s entrance exam he should “go to law school, become a DA and put them in jail. Or shut up.”

“My father had a rule, ‘Don’t say something. Do something.’”

He did well at Mississippi College, which he described as one of the more stringent law schools in the nation. “They promised to flunk two thirds of us, and by golly they did,” he said as he noted that his class started with 154 members and only graduated 62.

Humphreys went on to a focus in family law, a practice he still continues today. It’s his motivation to help others that led him to file as a candidate in this year’s tribal elections for CPN Legislative District 4, which encompasses the east central sections of the State of Texas.

Though born and largely raised away from the CPN jurisdiction in Shawnee, Oklahoma, he did regularly visit the area in his youth. His maternal grandfather was a member of the Seminole Nation while his paternal grandmother was a Citizen Potawatomi from the Slavin family. Humphreys spent time living with his grandfather and grandmother in Shawnee on occasion and though he wasn’t raised practicing traditional Native American practices and going to events, Humphreys said that respect for nature and the natural world were heavily incorporated into his upbringing. Still, there were negative experiences he saw during those times that still reverberate today.

“The misconceptions that people give Native Americans, it irritates me,” he said, recalling stories of how his Seminole grandfather was treated.

Partly as motivation from those experiences, he said his focus if elected will be to empower tribal members and Native Americans as a whole. Humphreys said he is particularly disturbed that Native Americans have no political voice on par with that of other specific groups. His work in family law, with an additional focus in Indian law, has given him a perspective on the ills plaguing many Native Americans. He believes that increasing Native Americans’ political power, which would need to come as a coalescing of tribal people, would help mitigate negative trends in Indian Country like poor health and domestic violence. In the district he’s running for, Humphreys highlighted the limited number of available health facilities for Native Americans as an example of this lack of political power.

Another issue he’d like to focus on is improving the consistency of the tribal government in communicating the benefits and programs.

He cited several programs promoted in the tribal newspaper over the years, including the possibility of reinvesting retirement savings with the tribe, a home ownership closing cost fund and medical service reimbursements, but it was very difficult to locate the specific information.

“I believe in my heart that a parent – which the tribe’s our parent in this regard – it is the parent’s obligation to let the children know what the parent has to offer. I’d like to see that addressed…that routine members know that they have certain benefits.”

He suggested the use of webinars to explain these offerings. To forge a closer bond between Citizen Potawatomi, he also wants the tribal government to host an online or email list service that allows tribal members to know who each other are if they would like to volunteer that information.

“If I had my biggest gripe, is it’s that the tribe doesn’t do enough to reach out and drag its members back into the culture,” said Humphreys. “We’re losing our identity and I don’t want to see that happen, because another one or two generations, we’re gone.”

Humphreys complimented the hard work of his opponent, incumbent Bob Whistler, but said his own candidacy was launched to infuse new faces and ideas in the legislature.